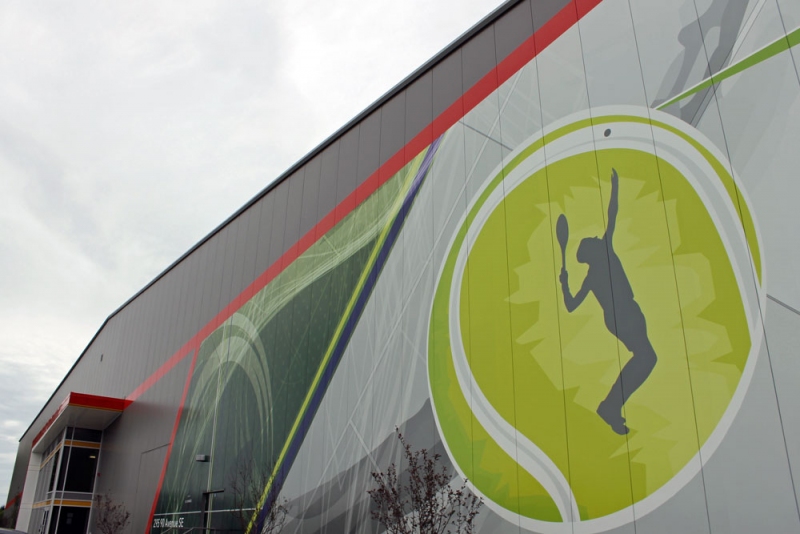 Outside the new Osten and Victor Alberta Tennis Centre in Acadia. Photograph by Karin Olafson.

Tennis in Calgary is about to get a lot bigger.

The Osten and Victor Alberta Tennis Centre is celebrating its grand opening Saturday, June 18. The 71,000-square-foot centre is a not-for-profit organization and the first centre of its kind in Calgary. And according to Tennis Canada, it’s the best centre of this kind in North America. The centre has 13 state-of-the-art tennis courts – they’re the same quality used at the Australian Open. Eight courts are indoors and five are outdoors. The quality of the courts, the indoor lighting, and the technology surrounding the courts are of the same standard used at high-level tennis competitions. The centre also has a restaurant and lounge, pro shop, 15 staff members (this could increase to as many as 20), ball machines and six administrative offices, including an office for Tennis Canada.

The centre was named after Al Osten and Buddy Victor, two Alberta-based businessmen, philanthropists and tennis enthusiasts. Their donation was integral in getting the centre up and running.

According to Danny Da Costa, the centre’s general manager, the project cost close to $10 million in total, exclusive of land. Donations ranged from $1,000 to $2.5 million, and came from individual Calgarians, businesses, Tennis Canada and different levels of government.

Ron Ghitter, chairman of the Alberta Tennis Centre, says the centre was 10 years in the making. After settling on the Acadia location, determining its design and raising the funds, the sod was turned in May 2015. The centre first opened on May 15 and it’s already a big hit. The centre has 265 kids in its junior tennis program and 180 members. More programs are in the works, but there are already programs for juniors and programs for adults, including entry-level clinics, stroke clinics, cardio clinics and leagues. Non-members can also drop into the centre to play for a fee. The centre is a Team Canada national training centre, meaning top-level athletes will train and compete at this facility, and one of the goals is that the centre will host high-level tennis tournaments.

Get a glimpse inside this state-of-the-art sports centre.

The new 71,000-square-foot Osten and Victor Alberta Tennis Centre is situated on 3.19 acres of land in Acadia. It’s the site of the national junior training program for Alberta and it’s the Team Canada national training centre.

The mural on the outside of the centre was designed by Systemic Architecture and is meant to reflect the facility and the neighbourhood. 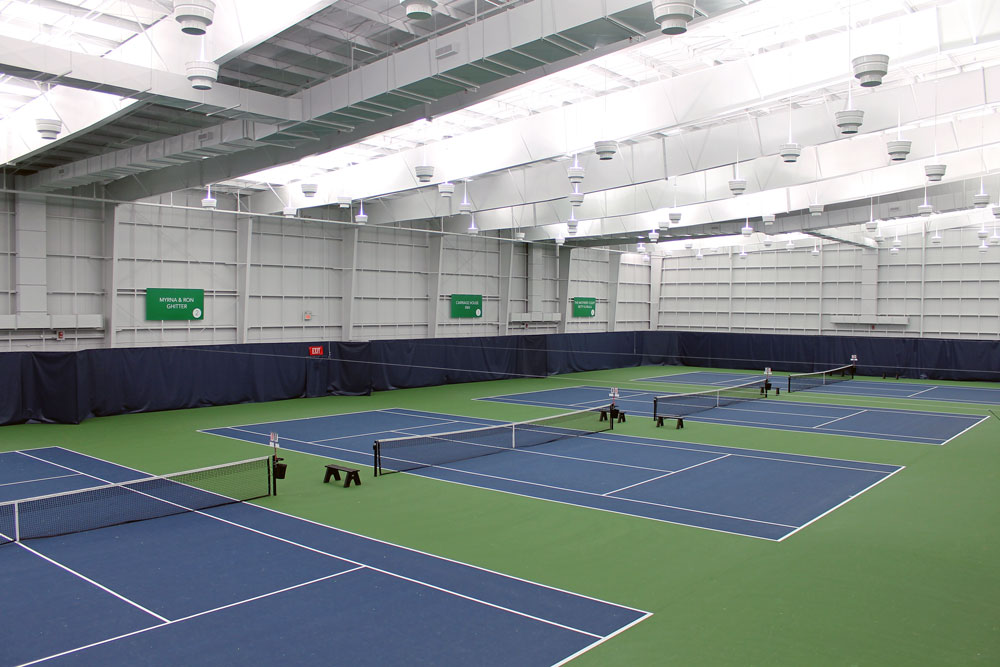 The centre has eight indoor courts. The courts are incredibly cushioned by layers of rubber. Da Costa estimates that there are about 10 layers of rubber beneath the surface and it takes about a month to prepare.

There are about 200 lights inside, which provide soft, white light that is indirect so athletes won’t be blinded by lights while playing. 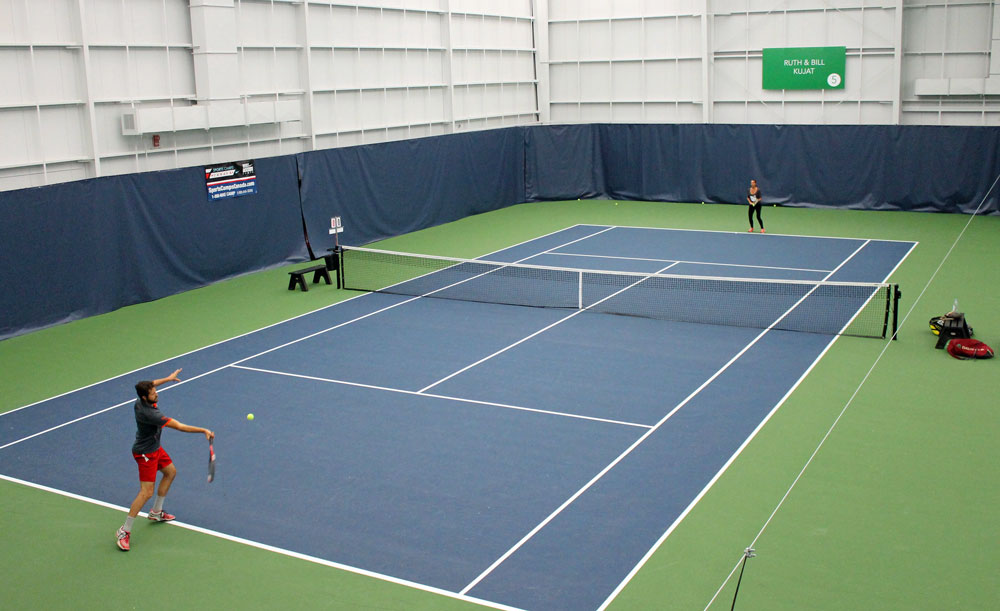 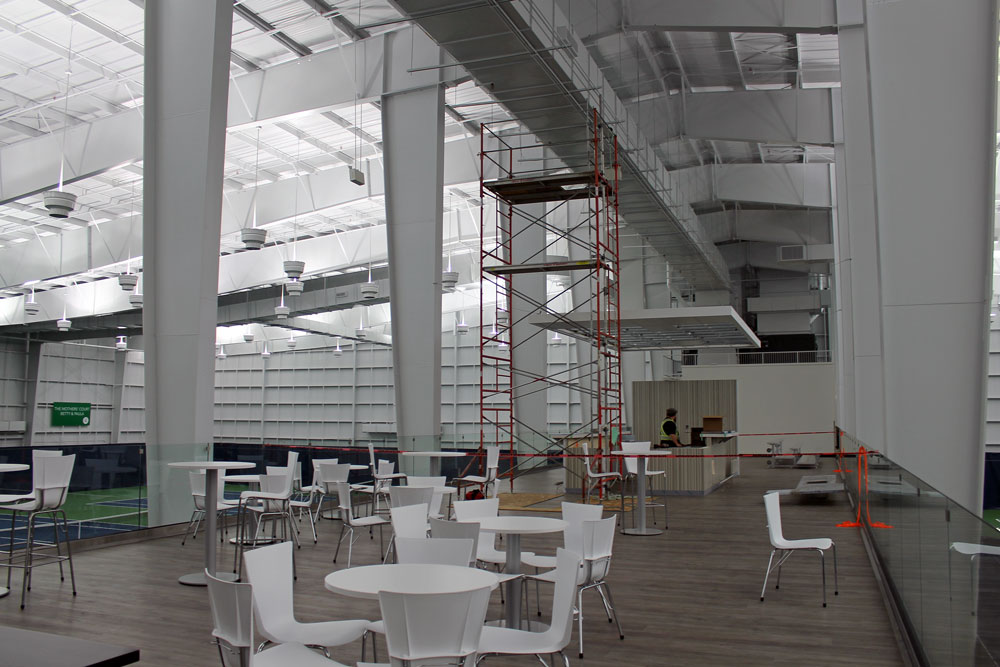 The upper level can fit 400 people. Bleachers will be added here for spectators when there is a tournament and more seating can be added around the sides of the courts. A restaurant on the upper level will be open by the grand opening on Saturday. The centre has partnered with the Carriage House Inn – the hotel was also a generous donor – with food from the hotel will be served here.

This section is expandable. If need be, a pro shop or a medical clinic could be added up here.

An 850-square-foot fitness centre on the upper level looks out over one side of the indoor courts. Athletes of all abilities can train or be coached here. (The centre has seven tennis pros on staff, all with international coaching experience. An eighth, an ex-pro tennis player, will arrive from Brazil soon.) 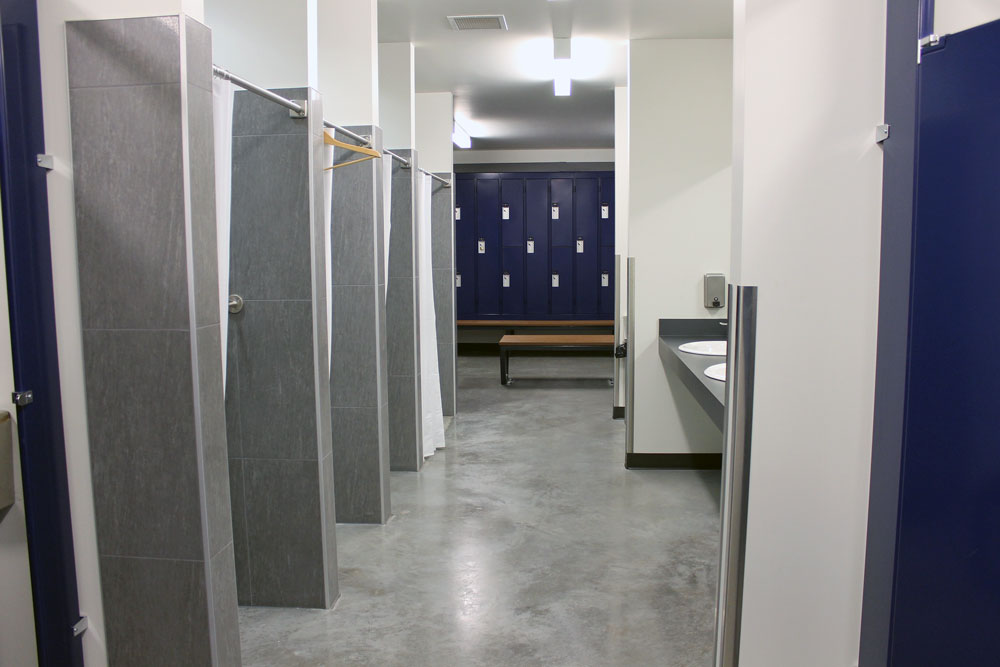 There are full-service locker rooms. 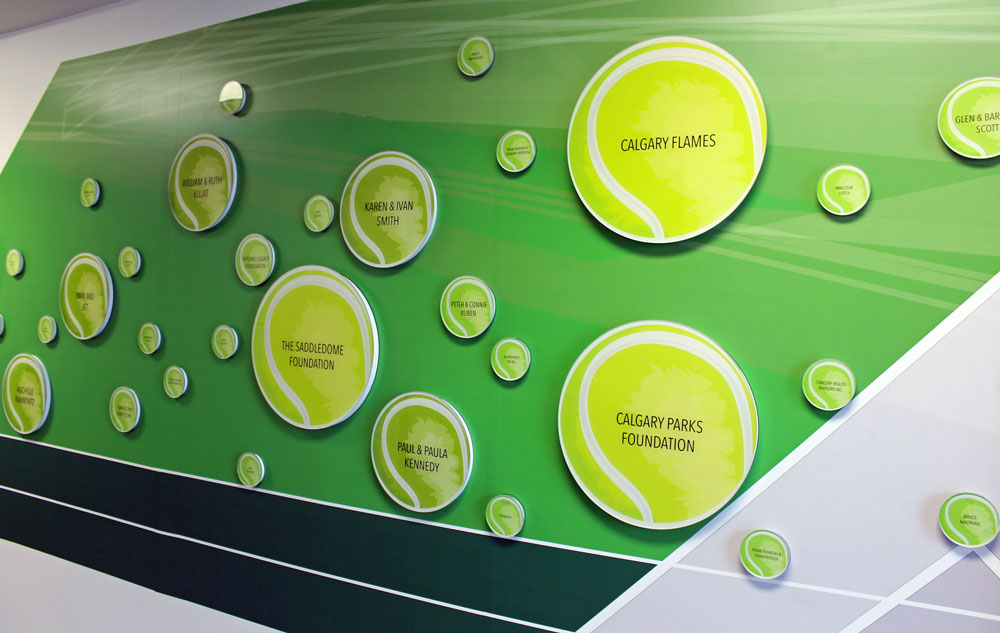 The donor wall is right at the entrance of the centre. The size of the tennis balls reflects the donation. Da Costa says donations ranged in value from $1,000 to $2.5 million. The wall was also designed by Systemic Architecture. 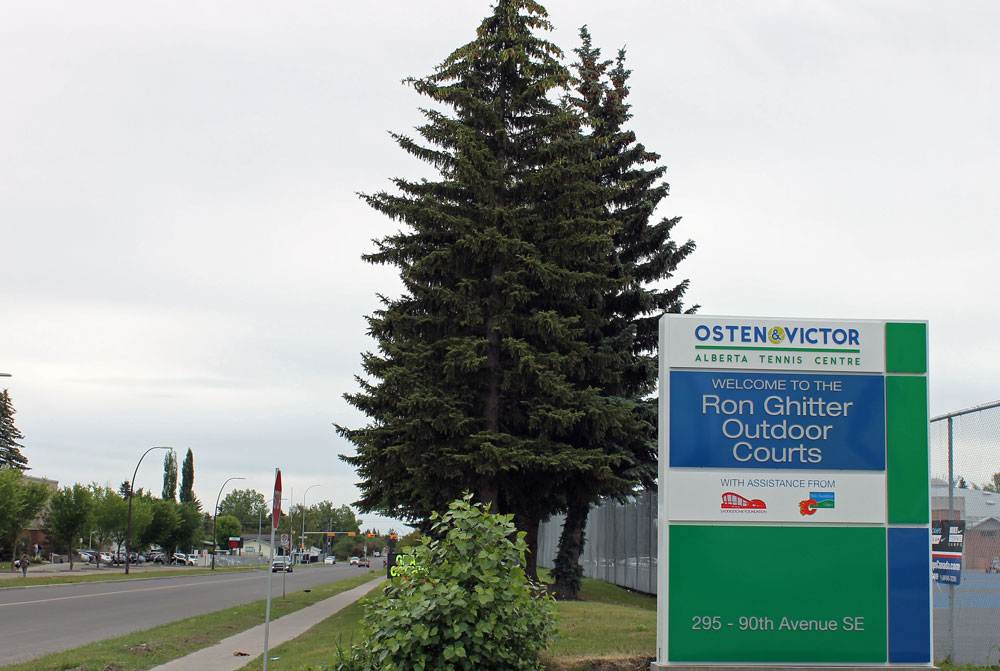 The five outdoor courts at the centre will also be completed soon and the centre has the capacity to add a sixth. These courts are named after Ron Ghitter, the chairman of the Alberta Tennis Centre. He is also behind the Friends of Ron Ghitter Tennis Fund, which will support kids with athletic promise who might not be able to play tennis without financial assistance.