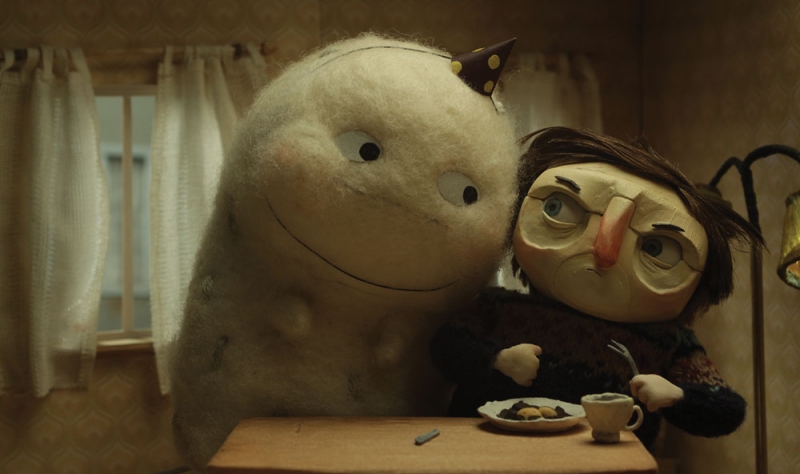 Last year we learned that neither snow nor rain nor heat will keep people from GIRAF Festival of Independent Animation. It’s back in 2015 from November 26 to 29.

If you’re looking for proof of the “scrappy” nature of Calgary’s animation scene, look no further than last year’s GIRAF Festival of Independent Animation.

The annual festival’s opening gala was almost sold out and dozens of films were set to screen over the four-day event when a major storm hit the city and residents were advised to not leave their homes. “Even with that, we were still getting 30 to 40 people per screening, which is kind of amazing when you’re not supposed to set foot outside,” says festival co-director Peter Hemminger.

The festival appears to be rebounding nicely this year, garnering a record of nearly 1,000 film submissions from more than 60 countries.

Since it was founded more than a decade ago by local animator Brandon Blommaert, who wanted to showcase the quirky, independent productions coming out of the Quickdraw Animation Society, GIRAF has been one of the few places local animators can show their work to an audience. Over the years, the event has taken on a more international focus, bringing in visiting artists and films from around the world.

The opportunities that Quickdraw and GIRAF offer local animators has turned the city into what Hemminger calls a “jumping-off point” for many artists. That was the case for Kim Anderson, a local animator who fell in love with independent animation while taking a college elective class at Quickdraw in 2001. Over the last decade, she has witnessed the growth of Calgary’s animation scene first-hand, from the emergence of digital animation to the impact of youth animation programs.

“I think Quickdraw’s done a really good job of bringing animation to the general population,” Anderson says. “People can get a taste of it, kind of get their foot in.”

The amount of emerging talent that has passed through Quickdraw’s doors in the last two years alone has Hemminger excited for the future of Calgary’s independent animation scene. “I think that there’s going to be a lot of really talented people coming out of this city really soon,” he says.