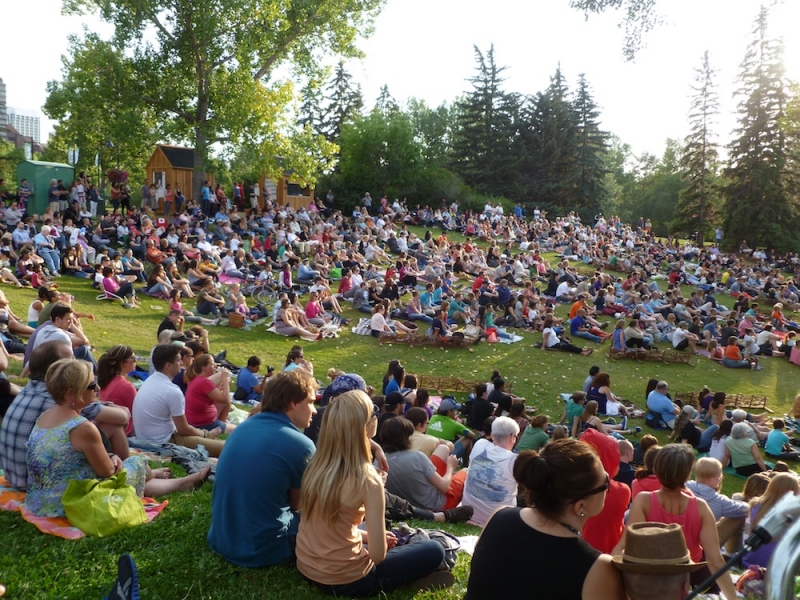 Calgary’s theatre scene doesn’t slow down in the summer. For some groups, it ramps way up as some of the city’s best festivals and events (which just happen to be theatre-related) pop up for another year. Here are three local theatre events that are worth catching this summer.

If you’re picky about the type of theatre shows you go to, you’ll appreciate the amount of choices at the Calgary Fringe Festival (August 4 to 12). The annual theatre festival has nearly 40 shows to choose from this year, including a clown performance of Shakespeare’s Macbeth, a Legally Blonde musical, late night cabaret and more. While some of the performers are local, others have traveled from across Canada (and other fringe festivals) to perform at Calgary’s event. Most of the performances take place at various locations in Inglewood, so you can easily fit more than one show into your day or evening if you want.

Opera in the Village

Previously held beside the Simmons Building in East Village, the Opera in the Village event is moving its giant white performance tent to ENMAX Park in August. This year, Calgary Opera is staging Roger & Hammerstein’s 1949 musical South Pacific, which takes place during the Second World War. Opera in the Village runs over two weekends (August 10 to 13 and 17 to 20), with performances of South Pacific starting at 8 p.m. (Thursdays, Fridays and Saturdays) and 3 p.m. (Sundays). You can also bring your whole family to the event’s production of Cinderella, which is a one-hour, one-act opera running at noon on the Saturday and Sunday of both weekends. The weekends will also feature a market tent with 20 vendors, food trucks and local music performances.

Shakespeare by the Bow

Up-and-coming actors from across Alberta are tackling William Shakespeare’s As You Like It play during this year’s Shakespeare by the Bow event (running until August 27). Only an hour and a half long, the comedy tells the story of Rosalind and Celia, two young girls who flee their home in disguise for the Arcadian Forest of Arden. The open-air performances are staged in Prince’s Island Park and are pay-what-you-will, which means anyone can afford to go. If you want to make your experience extra special, consider ordering a picnic basket from nearby River Cafe to bring with you. Performances take place at 7 p.m. from Tuesday to Saturday, and at 2 p.m. and 7 p.m. on Sundays. And while there won’t be performances of As You Like It during the Calgary International Folk Festival, you can still get your theatre fix at a performance of Victors, Villains and Vixens, which Theatre Calgary will stage from July 25 to 30 at 7 p.m. on St. Patrick’s Island.