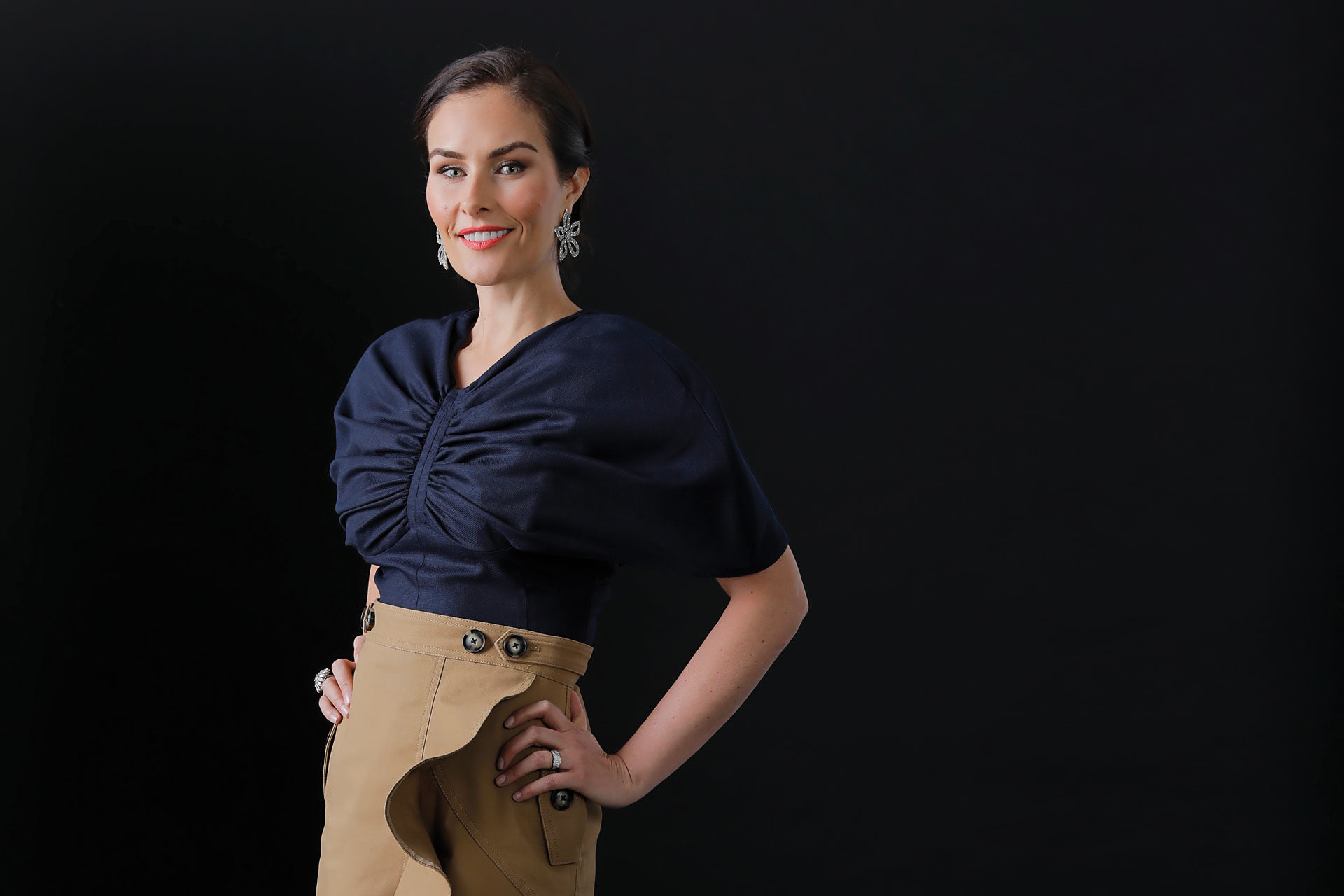 Over the 12 years she spent on air in Calgary, including six as host-producer on CTV Morning Live, Aisling Tomei learned a thing or two about how to look put-together. “Broadcasters were doing outfit pics before Instagram,” she says. “You always take a picture to see what people see when they’re watching you.”

These days, her #ootn (outfit of the night) photos often show Tomei in pieces by local designers. The sought-after corporate event host was wearing Nonie years before Meghan Markle stepped out in the Calgary designer’s sleeveless trench, and Tomei regularly flaunts local lines including those she encounters as a PARKSHOW patron. “I have so much respect for these designers and feel they should get as much attention as possible,” she says. But if there’s anything that defines Tomei’s style it’s that it hasn’t come at the expense of her sense of humour. A series of Halloween photos of her impersonating the FLOTUS (her doppelgänger) is comedy gold, but even when Tomei is dressed up as herself, you sense that though she may look seriously amazing, she never takes herself too seriously.

Domingo Lumanog Crafts a Glamorous Style That is All About Intuition