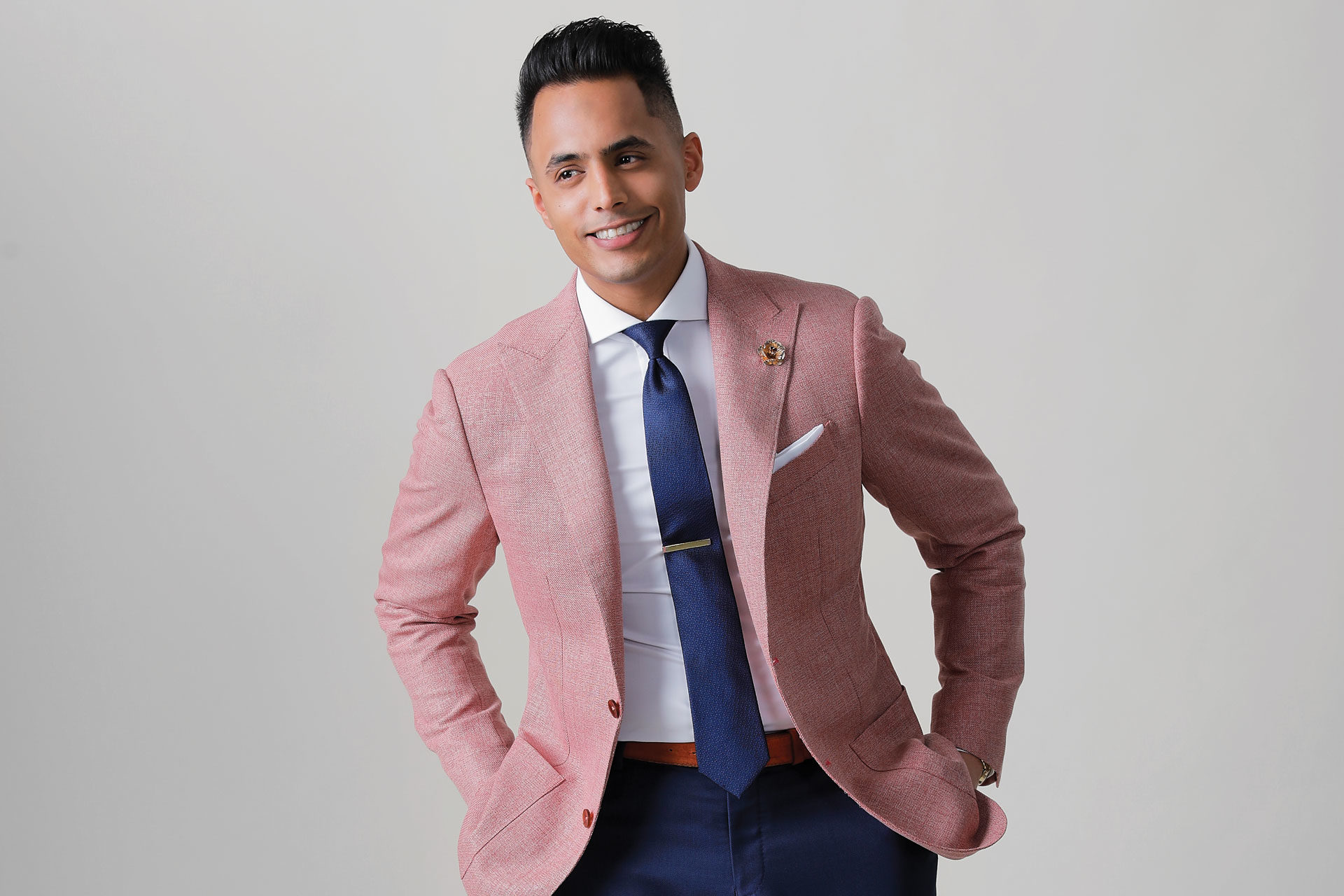 Back when he was 18, JP Channa landed a corporate job in the Calgary office of a British oil-and-gas firm. He didn’t much care for the job itself, but he did like wearing suits to work every day. He decided to treat himself to a custom-made suit for his 19th birthday and convinced the suit-maker to take him on as an unpaid apprentice. In 2017, Channa launched his own bespoke suiting company, The Kingly.

The Kingly’s clientele includes investment bankers, lawyers and NHL players (including Flames goaltender David Rittich), but Channa is perhaps his own best advertising. Fortunately, his ultra-polished style comes naturally. “You gotta be a reeeally good friend of mine to ever see me in sweatpants,” he says with a grin. “To be honest, this is what I’m most comfortable in. I love wearing my own stuff; when people say, ‘that’s a nice piece,’ that’s the best compliment I could receive since I designed it for myself.” (And yes, you’d be correct if you guessed his favourite TV show is Suits).

Domingo Lumanog Crafts a Glamorous Style That is All About Intuition