When we asked Calgarians to tell us what makes a neighbourhood a great place to live in our 2019 Best Neighbourhoods survey, they told us these six characteristics were the most important. The scores for each characteriestic were used to determine the best overall neighbourhood rankings and here are the top 10 neighbourhoods in Calgary for park space and pathways, access to supermarkets, grocery stores and food markets, Walk Score, access to restaurants, coffee shops and bars, community engagement and public recreation facilities.

A high proportion of park space and pathways was identified in the 2019 Best Neighbourhoods survey as the most important characteristic in a great neighbourhood. For pathways, we scored neighbourhoods on access to regional pathways (part of City-wide network), local pathways (secondary route within communities) and trails (unpaved pathways recognized by the City). That data was collected from Open Calgary. For parks access, we considered the size of parks, the number of smaller green spaces that the City does not provide size data on and the parks adjacent to communities. Data was collected from City of Calgary Parks. Based on our survey, the weighting of importance in the Best Neighbourhoods survey results is 15.3.

10 Neighbourhoods with the Highest Walk Score 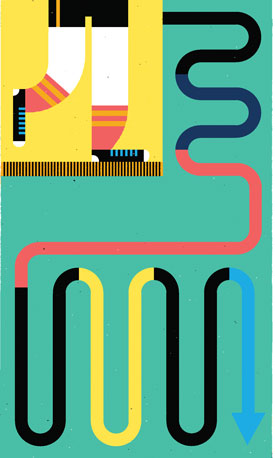 Walk Score measures the walkability of a neighbourhood based on the percentage of daily errands that can be accomplished on foot in the area. Walk Score is a private company based in Seattle, Washington, and it provides a complete list of both Walk Scores and Transit Scores for Calgary neighbourhoods on its website. A score of 90 to 100 means daily errands don’t require a car and a score between 70 and 89 means most errands can be done on foot. The weighting of importance for walkability in the 2019 Best Neighbourhoods survey is 13.6.

We created a point system focusing on the idea that a neighbourhood where neighbours run into each other more often is more engaged. Points were calculated using percentage of households with a dog, percentage of bike and walking commuters and percentage of owner-occupied dwellings, all collected from the 2016 and 2017 Civic Census. We also added access to pathways, number of playgrounds and libraries, all using data from Open Calgary. Data on community association membership levels and the activities of the community association were collected from the Federation of Calgary Communities and was also used in our point system. The weighting of importance for community engagement in the overall survey results is 9.3.