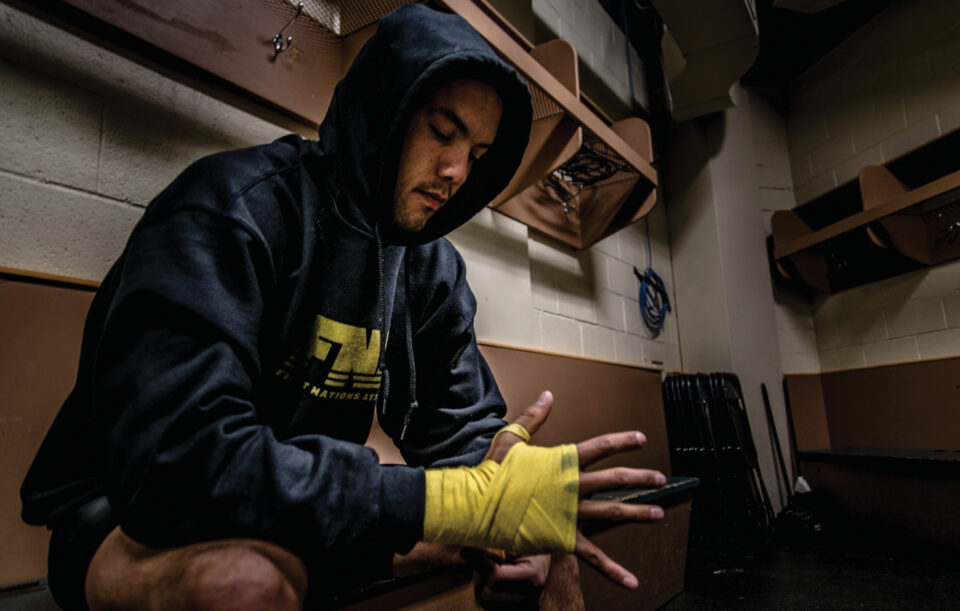 Billy Gorrell says a major draw for him toward his career as a police officer was the prospect of working with Indigenous youth and communities. Gorrell spent part of his youth in Timiskaming First Nation in eastern Canada before moving to Forest Lawn in Calgary. However, it was not until he started working with reserves around Calgary through athletics that he was able to see the potential and resiliency of so many Indigenous kids.

But when the day came, as he was working as an officer in Tsuut’ina, that he had to take a young man he admired as a hockey player and athlete to jail, Gorrell realized that his place in the Indigenous community was not in policing. With Indigenous youth disproportionately represented in both the justice and childcare systems, Gorell wanted to reach the kids before they ended up in a prison cell.

“There was a better way that I could help,” says Gorrell. “I had spent time playing NCAA baseball and I thought that working with youth from a young age to achieve a healthy and active lifestyle would be more beneficial to them and myself.”

Gorrell left the force in 2013 after seven years and started First Nation Athletics (FNA), a business that connects with Indigenous athletes and supports them in their pursuit of excellence.

FNA is an online apparel and sponsorship business. Young First Nations athletes are nominated to become a representative and sales person for the brand, giving them an opportunity to make some extra money to support their dreams.

This year FNA launched the Ambassador Project to connect the youth athletes with schools through live streaming to speak to kids who look up to and idolize them. They are showing kids that they can live a healthy lifestyle and find success in something they are passionate about.

Athletes can be reached through the FNA website for classroom speaking engagements about their experience, their nutrition, their goals and achievements. Students receive information about the athletes before they arrive and prepare questions in advance.

Gorrell says his reward is in seeing the work of athletes and their motivations to become role models and make their communities proud. He sees FNA as a story of the resilience and potential of First Nations youth, not the success of a specific business.

“They are the future. The next wave of athletes and leaders. We want to help show them how to get there.” says Gorrell.