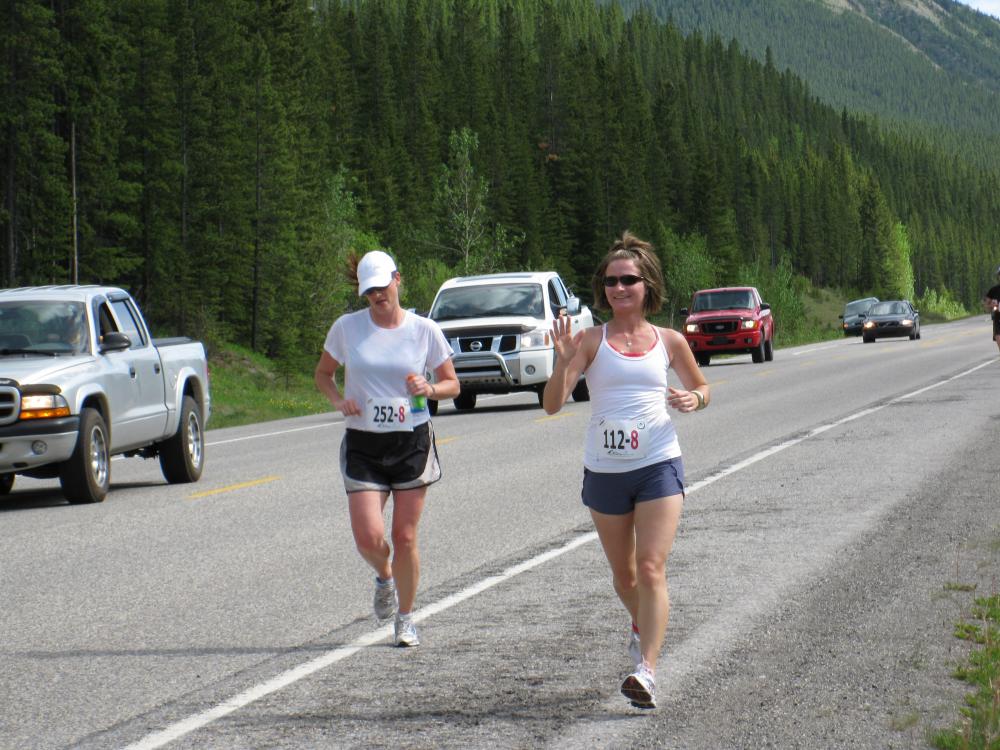 On September 6, Kara Kay Going will brave hills and total isolation – and 100 kilometres – to raise money for Calgary’s YWCA. We were inspired by her hard work and determination to take on the Lethbridge Lost Soul Ultra Marathon and sat down with her to see how she got ready and why she’s fundraising for the YWCA.

Why did you decide to run an ultra marathon? Most people think a half marathon is impressive!

I have already completed 17 half and full marathons. I’ve been running these longer distances since university, but I’ve never done more than 42 kilometres. I’m actually getting married six days after the run, so I thought, “it’s now or never.”

How have you prepared for the race?

I started training for the race back in November, which I could only do with the support of the YWCA. In November I started to train six times a week and also see a nutritionist, physiotherapist, acupuncturist and masseuse.

In a week, I’ll run between 120 and 140 kilometres, and a long run will be about 55 kilometres. The day after a long run, I’ll do water running. It helps with my recovery: the water soothes my muscles and is easier on my joints.

Have you had to monitor what you eat?

Managing the nutrition side of things has probably been the hardest. I have to monitor absolutely everything. I just want chicken wings!

My personal trainer and I would evaluate my nutrition every two weeks. Keeping track of this is important: losing too much water and too many salts is a big concern when running this distance. It’s also very important to monitor my protein intake. I can’t just have an apple, for example; that won’t be enough to replenish what I’m losing during training.

Why are you running for the YWCA?

I’m fundraising for the YWCA because of the support they provided me during this journey, but also to raise awareness for what they do. A few months ago, I had no idea that they could offer me the support I needed to complete this race until a friend introduced me to them. People tend to view the YWCA as a place that helps women in need, but the reality is they help women of all walks of life. They offer women so many different opportunities, and people should be aware of them and what they do.

Now that the race is in a week, how are you preparing?

I am tapering for two weeks, which means I’m cutting back on my distance. I will have a 16km run at midnight this weekend (I have to get used to running in the night with headlight on head and waist) and then possibly one or two 10km runs next week.

Kara Kay Going is embarking on a challenge that is as mentally demanding as it is physically tough – all to support the YWCA.

There is still time to support Going with her fundraising goals before the race on September 6.