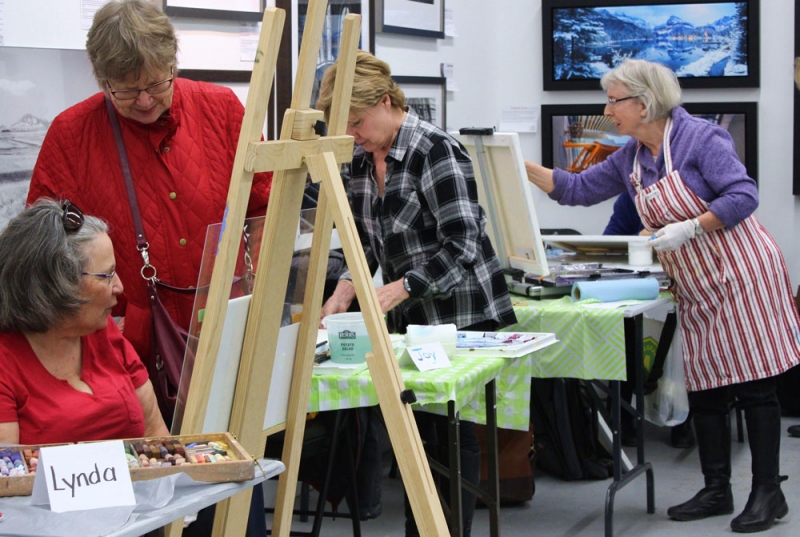 Calgary’s relative youth as a city means there are few institutions in the city that have existed for more than a couple of decades. But one group, the Calgary Sketch Club, has been active and operating for more than 100 years.

The club, originally started as a gathering of like-minded plein-air artists, has been active since 1909, save for a hiatus during the First World War. In that time, it has maintained its commitment to, in the words of one of its co-founders, “create that which is beautiful; to portray nature in all its exquisite beauty; to meet together as artists that enthusiasm may be stimulated, skill improved and knowledge widened in the study of art.”

The club, which still meets every Thursday night, today counts more than 100 members selected by jury. There are showings and events held regularly throughout the year, as well as two mountain camp retreats where members return to the club’s roots and paint in plein-air style.

Sharon Post, the club’s historian, says they have boxes of documents collected over the club’s long history, a trove of information which she has been wading through for more than two years to piece together the club’s story.

“I think it is a responsibility to let people in Calgary know about the history of the Sketch Club,” she says. “It’s unfortunate that history gets overlooked a lot. For me, it’s exciting to go back and see like-minded artists get together in 1910, with the same goals and hopes that we have now.”

The club has certainly helped grow Alberta’s art community; past members include renowned artists like Margaret Shelton and Roland Gissing, and paintings from club members can be found everywhere from the Glenbow Museum to the private collection of Queen Elizabeth II.

Club co-president Laurie Thompson says the Sketch Club will be undergoing a rebranding in a bid to attract younger members and make it more current, all while preserving its rich history. “Now people look at art as something to do in retirement and we’re trying to change that,” she says. “We’re trying to incorporate some of the history and take that into the future.”

For more information, go to calgarysketchclub.com.

Meet Wakefield Brewster, Poet in Residence at The Grand