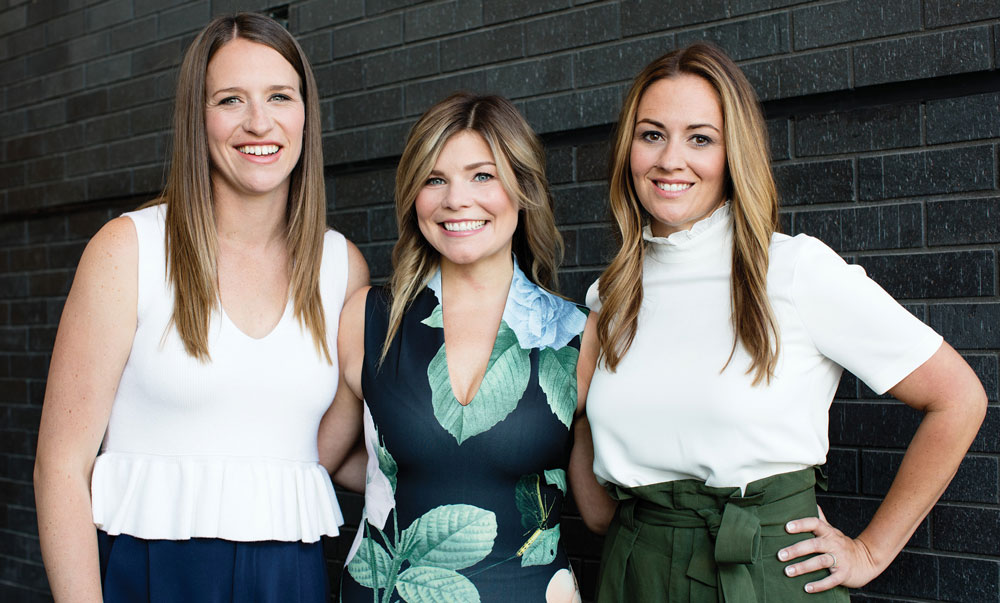 FRANK has designed some of the city’s most remarkable restaurants and bars and brought together a community of consultants, suppliers and tradespeople to the Alex Community Food Centre project.

When Kate Allen, Kelly Morrison and Kristen Lien met in the architecture program at the University of Calgary, they knew almost immediately that they would someday go into business together. The three shared a passion for a high level of detail in all aspects of the design process.

Almost immediately after Morrison and Allen graduated in 2009, they began working with Concorde Group to design Model Milk. This project led to a niche in Calgary’s hospitality industry. After Lien joined the pair in 2012 as an architect, the three became partners who developed a more integrated design approach. When clients come to them with a concept, the FRANK team helps develop that idea, and is involved until the final stages of execution – sometimes down to even choosing the typefaces used on the menu.

“I think our approach is unique,” says Morrison. “We’re an integrated architecture and interior firm – we take a holistic approach to design.”

Together, they’ve designed some of Calgary’s most-lauded restaurants, including Pigeonhole and Anju. To date, FRANK has been involved in 92 projects, 78 of which are hospitality-driven. The team believes that, as the hospitality industry takes more pride in design, other businesses are following suit. They have since worked on medical clinics and fitness studios after those clients saw their work in the hospitality industry. “It’s a way of thinking about how people are inhabiting spaces, and that’s transforming the type of work we see coming in the door,” says Lien.

FRANK typically has 25 projects on the go at any given time. Ongoing projects include spaces within the Banff Centre, Telus Spark and the new Alpine Social restaurant at the Fairmont Chateau Lake Louise.

Having realized a certain level of commercial success, FRANK is now focusing on giving back to the community through student mentorships and projects such as the Alex Community Food Centre. FRANK donated its time to conceptualize and design the facility that offers healthy meals, cooking classes and a welcoming environment to Calgarians in need.

Allen, Morrison and Lien believe now, more than ever, people are becoming aware that space and design is part of the overall experience. It is their goal to help that sentiment flourish.

“We have this picture of our city getting to a place where you can wander around and happen upon these incredible experiences,” says Allen. “We’re all excited about that sense of discovery.”  – Nicole Halloran