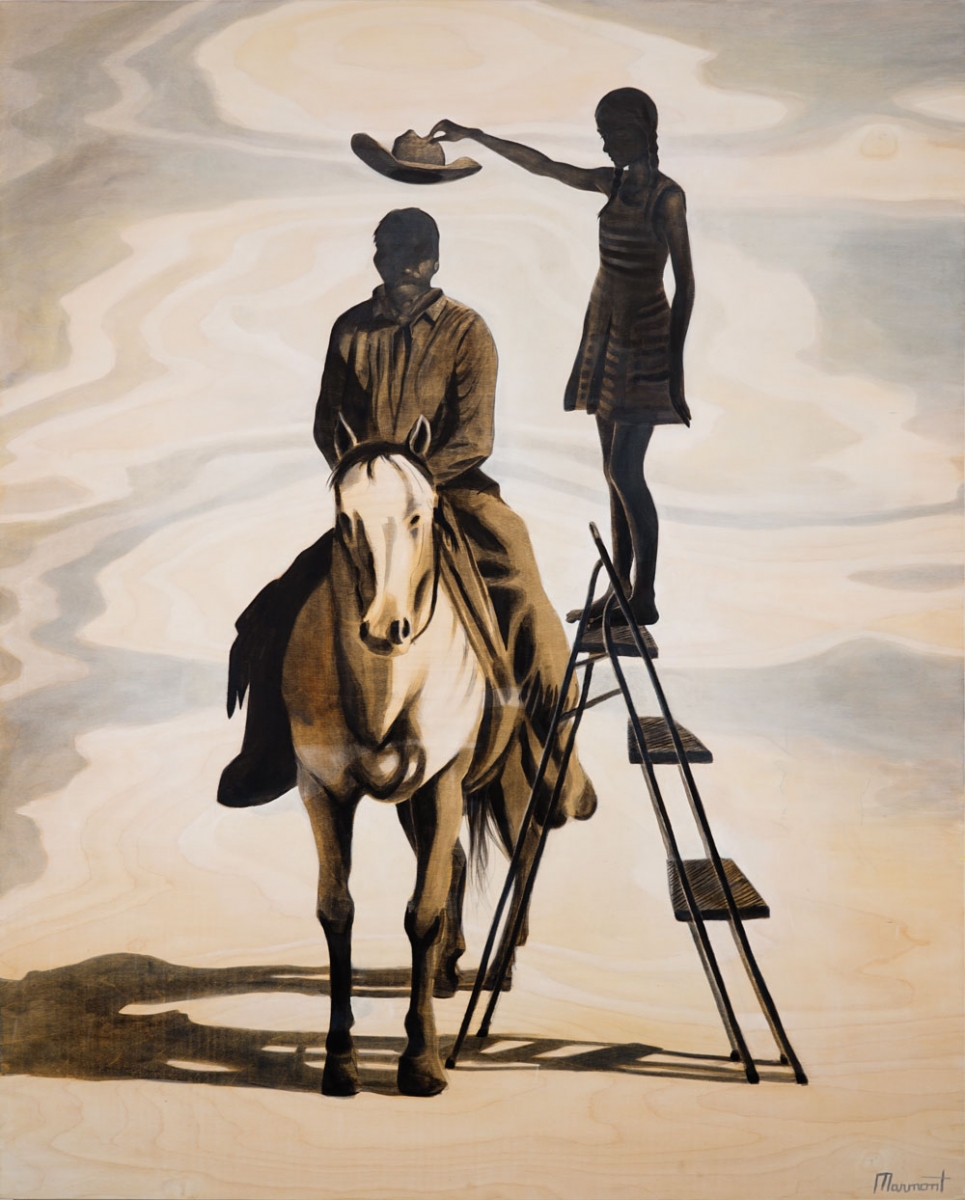 A classic cowboy on horseback gazes directly at you while a young girl, perched on the top rung of a ladder, holds his hat above his head. Her simple gesture is the focal point of this painting. Her pose emphasizes the awkward grace of a prepubescent girl: long-limbed, barefoot, pigtailed. She is in shadow; a sliver of light delineates one leg; a blush falls on the folds of her dress and one shoulder. She is coming into the light, on the verge of womanhood. She doesn’t share the bright light source that illuminates the cowboy and his horse, yet their shadows combine on the ground.

Together, they stand in stark contrast to the sun-bleached landscape suggested by the curving lines of wood grain. Layers of transparent colours pull the big sky, clouds, distant mountain and parched foreground out from the smooth surface of the wood.

Artist Rosanna Marmont has an insider’s view of ranching life. Born in rural New Zealand, she lived on Waldron Ranch in southern Alberta at an early age. Since graduating from Concordia University (BFA) in 2009, she has made sculptures and paintings that draw on the traditional genre of Western art, but with a twist. Marmont melds conventional romanticism with aspects of contemporary reality that have been left out of the story. She staged her real-life 14-year-old model, Sophia, in a dress-up scenario. In combination with the image of a quintessential cowboy, this painting speaks to the “undressing” of cowboy culture.

Marmont splits her time between studios in Calgary and Tucson, Ariz., and has exhibited widely, including at the Calgary Stampede from 2014 to 2016. She is committed to broadening the conversation around the mythologies of Western art, and serves as the director of Off Limits Arts, a non-profit initiative to bring artists and the public together, often in non-traditional spaces, such as the newly opened cSPACE in the former King Edward School in Marda Loop where this work is on display.