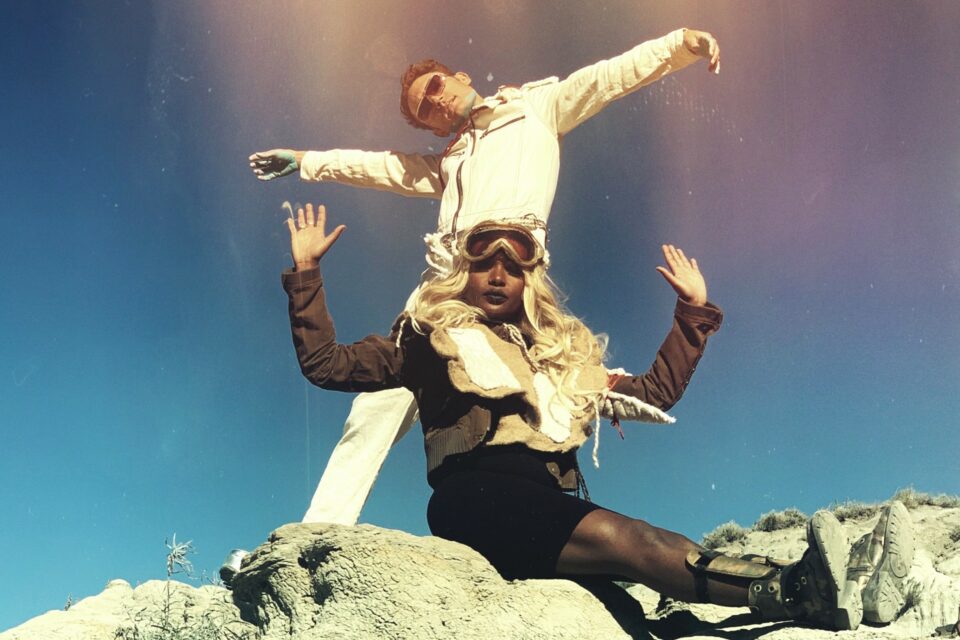 Local musicians Yolanda Sargeant and Hello Moth have just released the video for their new song “Hold Me Up,” a psychedelic, electronic pop tune with a message. It has a stuttering beat and digital, string-like flourishes that anchor the duet between Sargeant’s soulful croon and Hello Moth’s rich baritone.

“The message of the song is, [people are] going to try to divide and conquer us as people and as communities. As a species, honestly, we’re pretty screwed if we don’t start learning to work together,” says Hello Moth.

“We need to uplift each other and find the humanity in one another,” Sargeant adds.

“Hold Me Up” is based on a demo originally recorded back in 2016. Sargeant and Hello Moth say that the unrest of this year told them that now was the right time to revisit the work and use it a point of reference for a song about unity and understanding.

“It’s so easy to take person A and say that this person did all these bad things. But it’s like, ‘why are they doing these bad things?’ If you hold them up to the light, you can see exactly why they’re doing these things, and then we can correct behaviors,” says Sargeant.

“You can do that with yourself, too,” adds Hello Moth. “Self-understanding is just as important as understanding others.”

The music video was shot this summer in the Alberta badlands. In the video, we see Sargeant, Hello Moth and a group of fellow travelers in dramatic costumes trying to make their way across the stark landscape.

Director Samantha Ferrari worked with art director Cheyenne Richard to create a look with both “ancient” and “futuristic” qualities. “It can be of any time,” says Ferrari of the video. “I just really wanted to capture the struggle that everyone feels at the beginning, and how they find strength in one another to find their way forward.”

It hasn’t been an easy year for anyone, and as musicians Sargeant and Hello Moth have seen the effects of COVID-19 on the music and entertainment industries. That said, each released a full-length album this year — Sargeant’s band Sargeant X Comrade released Magic Radio in June, and Hello Moth’s When The Sky Melted followed in July. The two acts also co-headlined a recent concert at The Ironwood, where plexiglass barriers made it possible to safely sing.

“Hold Me Up” is on YouTube now and available to stream on all major platforms.