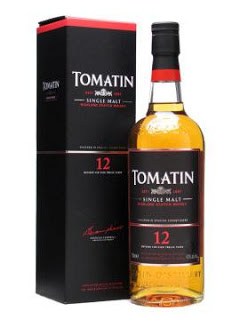 A bottle of Scotch is a fail-safe Father’s Day gift. But it’s also an incredibly intimidating thing to shop for, considering the range of ages and price points and the unpronounceable Gaelic names (pardon me sir, but could you tell me the price of this bottle of Poit Dhubh?).

Best to call in the expert. As scotch manager for Willow Park Wines & Spirits, David Michiels spends countless hours touring distilleries in the motherland, sampling single-malt elixers right from the source. On a recent trip to Scotland, he was inducted into the Keepers of the Quaich – an exclusive society (invite only) of individuals from all over the globe who are judged to be good ambassadors for the Scotch whisky industry. In other words, Michiels knows of what he speaks, and what he speaks is Scotch.

We asked Michiels for four Father’s Day Scotch picks – two for those on a budget and two if money is no object. Here’s what he recommends (prices referenced from Willow Park shelves):

“It’s an amazing drink – I have waaay too much fun with it. It’s got a nice chocolate (note) right on the finish, just where your throat is. It’s aged in a Pedro Ximenez sherry cask, so it’s a little fruitier. Not a bit dry.”

“This is a really neat one. It’s aged in a sauternes cask from France, so it gives you a little bit of a sweetness on your throat, but it doesn’t last long, it just dissipates right away. It’s so clean – just a really nice, clean product.”

“So you want to splurge, hey? If I was going to splurge, and I was going to have fun, I would do the Glenfarclas 40 years old. It’s one of the few out there that have never reached their highest price. Basically, [director of sales] George Grant’s idea for selling it was that when go to your debit machine, the max you can take out is $500, so it only goes for $496. Every whisky has a story.”

“It’s a rare product. It’s sweet, it’s creamy, it’s long and it’s soft… Anybody who buys this is afraid to open it. I totally disagree with that. It should be shared.”

Want to treat your dad to a taste of Bruichladdich 40 without dropping $2,200? Michiels will be opening a bottle at his Premium Scotch Tasting on June 26, along with five other Scotches, all of which retail for more than $1,500. Tickets are $200 (36 tickets available). Purchase tickets at all Willow Park locations, or by calling 403-296-1640.