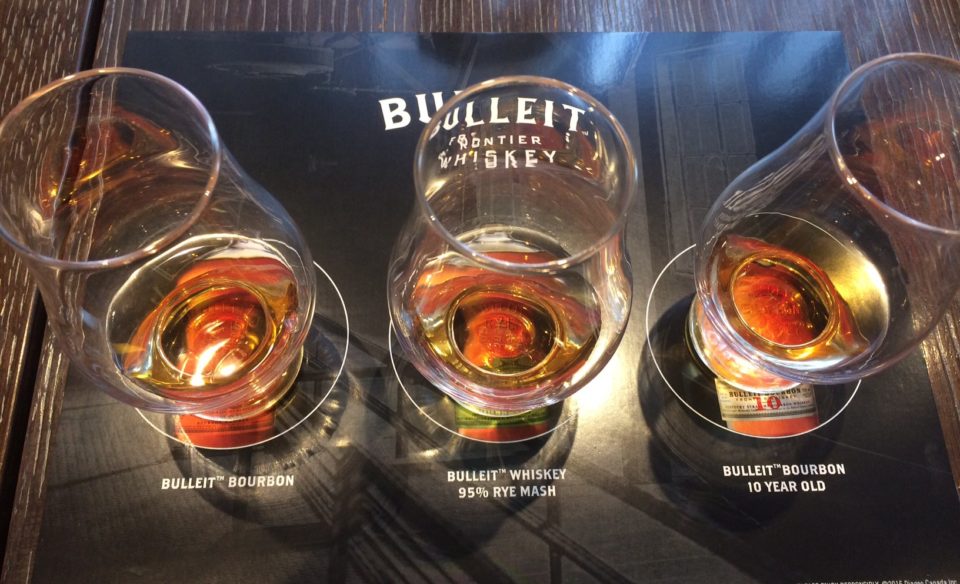 Bourbon is wildly popular right now and one of the best-loved brands out there is Bulleit, named for the Bulleit family of Kentucky. The company is currently headed up by Tom Bulleit, great-great grandson of one Augustus Bulleit, who distilled and purveyed his own whiskey from 1830 until 1860, the year he vanished down in New Orleans. When Tom Bulleit decided to take up the business in 1987, he did so by resurrecting Augustus Bulleit’s original recipe of two-thirds corn and one-third rye grains (“it’s not a complicated recipe, but it’s complicated for Kentuckians,” he says).

Tom Bulleit was recently in Calgary where he chatted up industry types and hosted an afternoon tasting at One18 Empire at the Calgary Marriott Downtown Hotel. Here are a few things we learned about bourbon from the man with his name on the bottle:

1. Bourbon doesn’t have to come from Kentucky

While most bourbon is produced in the state of Kentucky, it doesn’t have to come from Kentucky to be bourbon. To qualify as bourbon, the product does have to be produced somewhere in the U.S., be composed of at least 51 per cent corn and use limestone-filtered water (“you also have to have at least one sister named Mary-Jo,” Bulleit adds).

Once the barrels have been used, they are sent to Scotland and other spirit-producing regions where the distinct characteristics of the bourbon barrels add to the unique flavours and nuances of the spirits that are aged in them.

3. When tasting bourbon, add a little water … or don’t

Some bourbon connoisseurs maintain that adding a little water to your whiskey “opens it up” in a way similar to the effect of oxygen on red wine, making it easier to drink and revealing a range of flavour nuances that aren’t apparent when sipping straight-up. That said, there’s also a vocal proponent that wouldn’t be caught dead watering down their bourbon. Tom Bulleit won’t advocate for one over the other, falling back on his folksy claim to be a “world-class ass-kisser” (a.k.a. willing to go with the flow) when it comes to these sorts of things.

While it’s common for wine tasters to stick their nose right down into the glass and take a heady whiff of whatever they’re tasting, with bourbon and other whiskies the same method can result in an overly potent waft, particularly if the taster isn’t a seasoned whiskey sipper. The refined method is to sniff across the top of the tasting glass. That said, if you’re not worried about getting drunk on fumes and want the full effect, nothing’s stopping you.

5. If you want to mix your bourbon, try a BLT

While Tom Bulleit says he mostly drinks his bourbon on the rocks, he also highly recommends the preferred drink of his wife, Betsy Brooks Bulleit, who mixes bourbon, lemon and tonic – what they call a “BLT.”