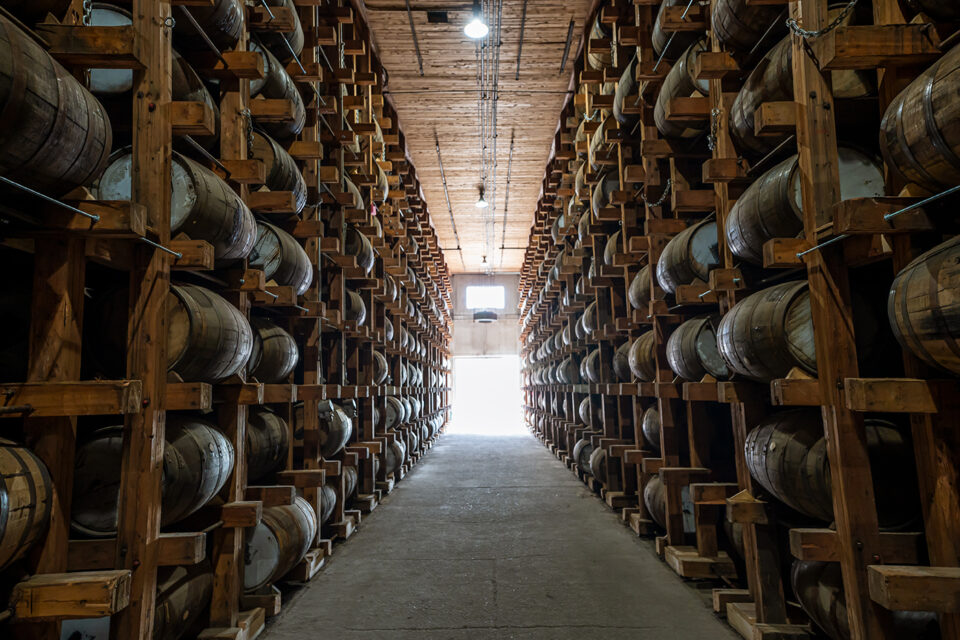 Alberta Distillers Ltd. is often an afterthought in discussions about local distilling. Unlike the trendy craft distilleries, it gets dismissed for being a producer of ordinary spirits in plastic bottles. But, in reality, Alberta Distillers is much more impressive than that, with a history that dates back eight decades and a global repuation. In celebration of International Whisky Day on March 27 (an unofficial holiday celebrated by whisky aficionados, if not their governments), here are four things you should know about this under-the-radar institution.

1. It’s One of the Oldest Distilleries in Canada

When Alberta Distillers was started by Frank McMahon and Max Bell (two very recognizable names in Calgary), the founders sought out a location where they could produce exceptional-tasting products and easily transport said products nationwide. The Alyth/Bonnybrook industrial area’s proximity to the railway fit the bill. In addition to ease in shipping products out, the railway-adjacent location also allowed for easy transportation of locally grown grains into the distillery, which could then be blended with glacial water from the Rocky Mountains.

3. It Has an In-House Microbiologist

Alberta Distillers is known worldwide for its expertise with rye, which tends to be a difficult grain as the process of changing the rye starches to sugars using enzymes has a drastic effect on the finished flavour. Rather than leave it up to chance, Alberta Distillers employs its own microbiologist, something most other distilleries don’t do. The role of the microbiologist is to create enzymes to better control the process of changing starch to sugar, leading to a more consistent, finished product. As a result, Alberta Distillers is one of the only distilleries that can create 100-per cent rye whiskies.

Though mostly known at home for everyday products like Alberta Premium, Alberta Distillers has gained international recognition for its special, small-batch spirits. In 2020, the distillery took home numerous awards at the International Whisky Competition, including Best Canadian Whisky, for its Alberta Premium Cask Strength Rye and was named Distillery of the Decade at the 2020 Canadian Whisky Awards. Its Northern Keep vodka, made with a blend of Canadian rye and winter wheat, was a finalist in the 2021 Ultimate Spirits Challenge, earning 94 points.

This article appears in the March 2022 issue of Avenue Calgary.