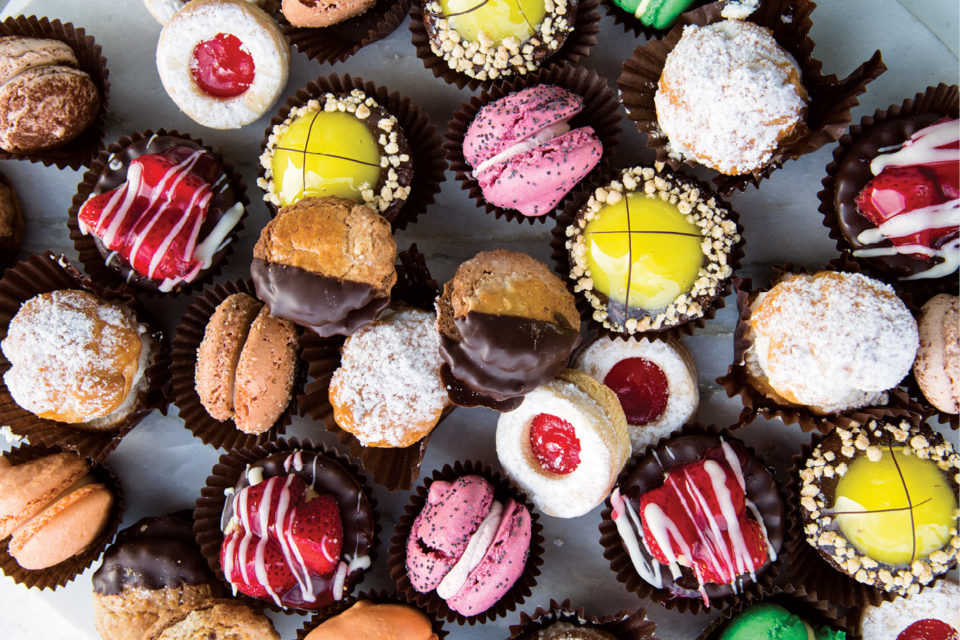 Shimobayashi family friend and fellow bakery owner Shotaro Kajita has also stuck to tradition with Amandine, a bakery that has been in business for 40 years. In this case, though, it’s the tradition of the European pastries and breads Kajita learned to make in Germany, France and Switzerland before moving to Canada to work in Montreal, Vancouver and at the Fairmont Banff Springs hotel.

Growing up in Nagoya, Japan, Kajita got his start in the world of small business by helping out his parents at their confectionary. After working in Calgary for a few years, he set out on his own, opening the original Amandine in the southeast community of Dover before moving to the community of Tuxedo Park on Centre Street north. Over the years, Kajita has expanded the business, opening new locations, only to ultimately shut them down again, retaining only the Tuxedo Park store.

Kajita has simplified his business in the last few years, shutting down wholesale production and turning down work when too many special orders are coming in. Through the boom-and-bust ups and downs in Calgary, he has remained steadfast on one thing: his staff will not be impacted by the price of oil. He has avoided laying off employees, and that means avoiding the varying staff levels needed in a fluctuating economy. When the bakery is busy, he works longer hours. In downturns, he scales back to make certain he never has to lay anyone off. It’s a hard-won lesson, and it means that when there are too many cake orders coming in at one time, he’s not afraid to turn down the excess in order to ensure the work is steady and all cakes are given the same care and attention.

The changes in what people are looking for in a bakery have not escaped his notice. A few decades ago, he says, people would stop in at the bakery for something to take to the office. Today, they go to the office and then stop in at the Tim Hortons or Starbucks in the lobby. Still, regular customers abound, and new ones show up through word of mouth. Behind the counter, friendly staff steadily retrieve cookies and pastries from the case, adding them to brown paper bags or boxes.

Kajita, on a rare break from the back of the store where everything is made, casts an eye over to the door each time it opens. He is pleased with where he and Amandine are now. “I’m doing what I want to do,” he says.