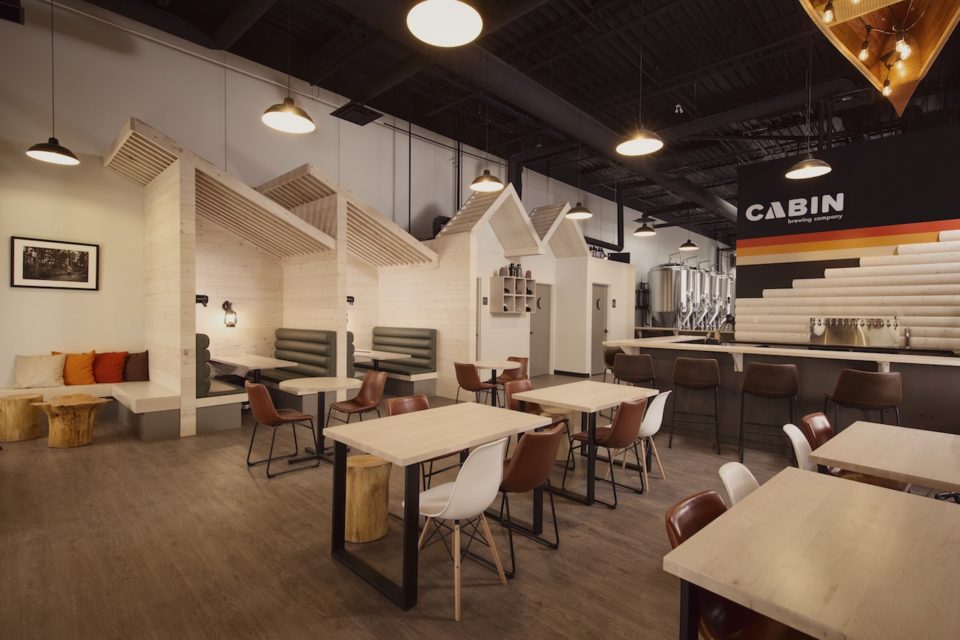 Calgary’s Cabin Brewing Company claimed the title of Brewery of the Year with four medal-winning beers, including two golds and two silvers, and received the bronze Best of Show award for its Sunshine Rain IPA. Photograph by Roth and Ramberg Photography.

Here are the results of the third annual Alberta Beer Awards, co-presented by the Alberta Small Brewers Association and Avenue Magazine. The entries are judged by a panel of beer experts who blind-taste the hundreds of beer entries. With a wide variety of styles and breweries from across the province represented, you’ll be sure to find something you love.

Brewery of the Year

The brewery with the highest number of points. Points are awarded for medalling in categories only (not Best of Show) on the following basis: four points for a gold, two points for a silver, one point for a bronze finish.

New Brewery of the Year

Awarded to a brewer that opened in 2019 and received the most Brewery of the Year awards. Points are awarded on the following basis: four points for a gold, two points for a silver, one point for a bronze finish. (Best of Show and Soda categories are not included).

The gold-winning beers from the other categories (excluding root beer/ginger ale) were judged against each other to determine a gold, silver and bronze rankings for the best beer in Alberta.

A dry, hop-accented ale fermented using a Kveik yeast strain. Flavours should be fruity with a light malt graininess.

Lagers or ales that are light-bodied, refreshing and not overly hopped. Colour may vary but the overall emphasis should be on balance and accessibility with no aggressive flavours. With 34 entries this year, this was the most popular category among Alberta brewers.

Hop-forward, but accessible beer with a noted but not overly aggressive hop flavour and bitterness, and a focus on balance overall. Alcohol strength under 5.5 per cent.

Light-coloured lager with noted hop flavour and aroma. Designed to reflect the characteristics of German- and Czech-style Pilsner. When someone tells you to “take a pill,” this is what you drink.

Ale or lager brewed featuring wheat as a key ingredient and wheat as a dominant flavour and characteristic of the beer, but lacking the yeast characteristics of German- or Belgian-style wheat beer.

Ale brewed with wheat as a key ingredient, and using traditional German or Belgian yeast. Wheat is a dominant flavour characteristic, balanced with a noted yeast character appropriate to regional sub-style.

Ale designed to reflect Belgian ale characteristics, including spicy yeast flavours and aromas and with a higher alcohol content (above seven per cent).

Medium and darker-coloured lagers. Should have more malt character than light lagers, although malt-hop balance can vary.

Brown-coloured, malt-accented ale or lager. Darker malt flavours should be emphasized and hop character can range from none to moderate.

Deep brown, malt-accented ales that are reflective of the traditional porter style.

Very dark ale designed to reflect the characteristics of a stout.

Amber-coloured, malt-accented ale. Malt should have darker flavours without being overdone, including caramel, toast, bread and biscuit. Hops can vary in profile and perception, but without becoming too dominant in the balance.

A beer of any style brewed exclusively with grains grown and malted in Alberta.

Any lager or ale where the addition of fruit or vegetable is a key ingredient and important flavour or aroma component.

Any lager or ale where the addition of spice or other adjunct (coffee, for example) is a key ingredient and important flavour and aroma component. With 27 entries from Alberta breweries, this was the second-most competitive category this year.

Ale or lager brewed with addition of alternative ingredients that do not fit into other categories. Includes beer made with alternative grains (gluten-free, for example) or alternative sugars (honey, for example), and smoked beer, as well as beer cocktails.

Any ale or lager where sourness is a feature of the flavour and aroma produced through the process of kettle souring. Can include fruit and other ingredient additions.

Any beer that was aged in wood barrels and exhibits flavour and aroma characteristics of the barrel.

Beer produced through the use of “wild” yeast and bacteria, including brettanomyces, or through spontaneous fermentation. Should exhibit the flavour profiles of the organisms used, including earthiness, spiciness, sourness, mustiness and cellar characteristics.

Beer produced through the use of “wild” yeast and bacteria, including brettanomyces, and/or through spontaneous fermentation that includes fruit as a key ingredient.

Medium-bodied pale- to amber-coloured ale, with noted hop character and a balance of malt. Beer designed to reflect the characteristics of American pale ale or English bitter are appropriate.

Light-to-amber-coloured hop-forward ale with a moderate-to-assertive bitterness, hop flavour and aroma, depending on sub-style. English or American versions of IPA are both appropriate.

An IPA designed with features that deviate from traditional IPA, including colour, ingredients or yeast. Central feature of the beer is bitterness and hop flavour and aroma, with varying balance appropriate to variation.

A higher-alcohol IPA. Exhibits moderate-to-high bitterness and hop characteristics. A warming, but not hot, alcohol is appropriate. Alcohol should be above seven per cent.

Hazy, light-coloured, medium-bodied hop-accented ale. Moderate-to-strong citrus-fruit flavours and aromas with low-to-moderate bitterness. Mouth feel will be full with a silky character. Designed to reflect the characteristics of the ales originating in Vermont.

Correction: This article has been updated to include Red Hart Brewing as a bronze winner in the New Brewery of the Year category.