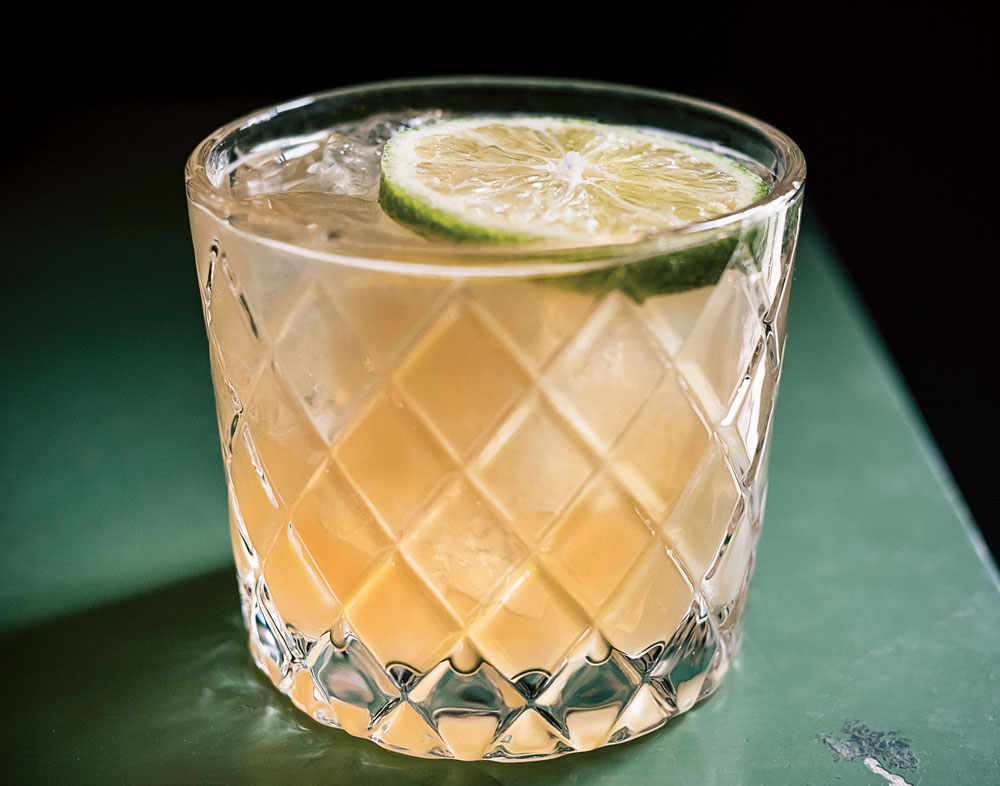 All photography by Jared Sych

What do cocktails and coiffures have in common? “They’re both throwbacks to a bygone era,” says Shayne Perrin who, as it happens, is a purveyor of both.

His Bridgeland establishment Cannibale houses a bar and a barbershop. Patrons can, literally, get a trim and a tipple at the same time. This, says Perrin, sums up Cannibale’s driving philosophy: that it pays to be well-groomed, well-fed, properly imbibed and in the company of good people.

Perrin’s grandfather was a barber in Vermont from the 1930s to the 1980s, so when grooming culture started making a comeback a couple of years ago, Perrin – who also owns neighbouring Blue Star Diner as well as Dairy Lane Café in West Hillhurst – saw an opportunity to resuscitate the family business. Since the Bridgeland space was too big for just classic cuts and beard management, Perrin and co-owner Mike Hope decided to combine it with another hipster craze: cocktails. A bar with a barbershop was born.

Perrin’s only caveat to embracing hipster culture was that Cannibale (so named because it’s in Bridgeland’s Cannibale Block) would be welcoming rather than intimidating. He wanted it to be a community gathering place where neighbours would be as comfortable ordering a rye and Coke as a Corpse Reviver cocktail.

The two-level space features banquettes and tables, but the focal point is the marble wrap-around bar. Pull up a stool and peruse the menu, which is organized by era: pre-prohibition classics such as the daiquiri and sazerac, post-prohibition and tiki drinks like the paper plane and mai tai, and a “revival” category that includes cocktails from bars in other cities that are neo-classics in the making.

Cannibale is also keen to leave its stamp on cocktail culture. The bar team has cycled through some fantastic originals since it opened in 2015, including Banish the Ghosts, a cocktail named after a line in Hunter S. Thompson’s novel The Rum Diary about hanging on until dusk to “banish the ghosts with rum.”

The intoxicating combination has a base of cachaa (a Brazilian rum-like spirit with a sweet, grassy essence) and is bright and refreshing, thanks to the equal parts of lime and grapefruit juice. Falernum syrup imbues it with tiki flavours – cloves, cinnamon, allspice, star anise – while a splash of amaro and a dash of Angostura give it a bitter edge, and the gum syrup a slightly heavy mouthfeel.

It’s just the thing to banish your own bad thoughts, though if it doesn’t help you transform mentally, you could always pop over to the barbershop for a different kind of makeover.

How to make Cannibale’s Banish the Ghosts 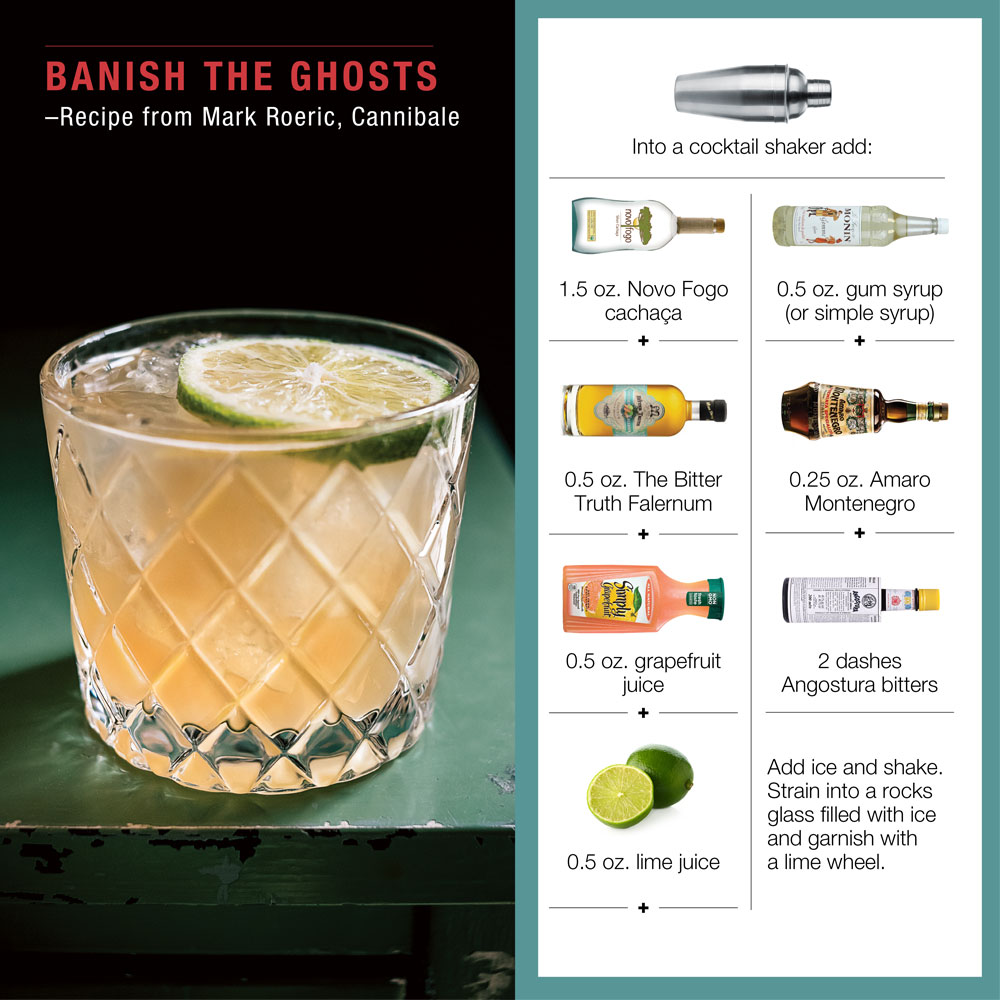