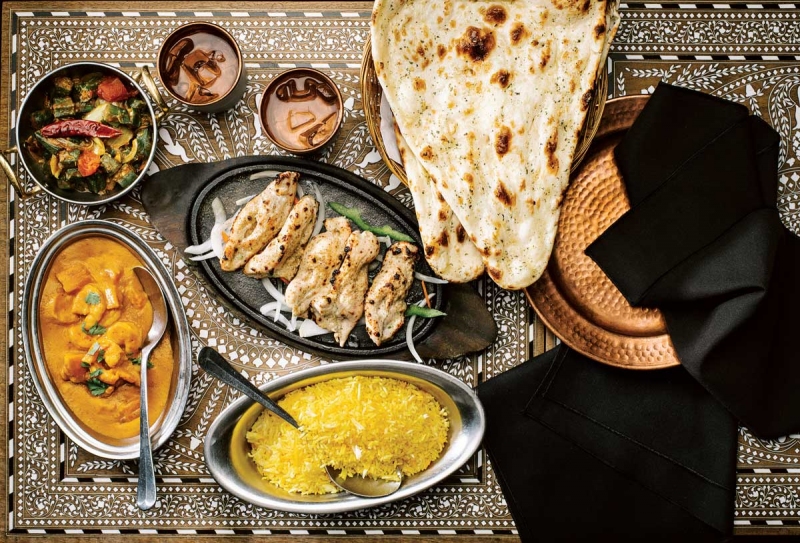 Indian cuisine has been a fixture of Calgary’s international dining scene for as long as anyone can remember, and with good reason — it’s some of the tastiest food around. But what is it, exactly, that makes Indian food so good? Science thinks it has an answer: it comes down to the mix of spices. While most cuisines tend to pair like flavours with like, Indian food does the opposite, juxtaposing different flavours in ways that keep our palates guessing. Take the spice mix, called masala, in vindaloo, for example: chili, cardamom, pepper, cloves, cumin, coriander, turmeric and cinnamon. These flavours have little in common, but together they are scrumptious.

Fair play, science, but let’s not neglect the fact that all those glorious spices are layered over an internationally recognized trifecta of deliciousness: onions, butter (or more specifically, the clarified version known as ghee) and char-grilling.

Indian cuisines are broken out into amazing regional variations dictated by terroir, technique, tradition and ingredients. Punjab, a northern region straddling the border between India and Pakistan, gives us some of India’s most well-known dishes, including tandoori chicken, naan and paneer. Southern India, meanwhile, gives us crispy dosa, rich Chettinad curry and spicy, coconut-heavy fish and prawn curries. Vegetarian dishes are common (and delicious) all over the country.

The main difference between northern and southern cuisines comes down to the choice of starches, says Ashok Elayaperumal of Madras Cafe in Marlborough. “In North India they have a lot of wheat products. That’s their staple food. But in South India, rice is the staple food.”

And speaking of rice, one of the best ways to experience the regionality of South Asian cuisine is through biryani, the aromatic rice dish that is the pride of chefs from Peshawar to Chennai to Dhaka. If you’re still waiting to take that train trip across the Indian subcontinent, a culinary journey through a sampling of biryanis might just be the next best thing. —Erin Tettensor

Where to Eat Indian Food in Calgary

Where to Eat Butter Chicken in Calgary