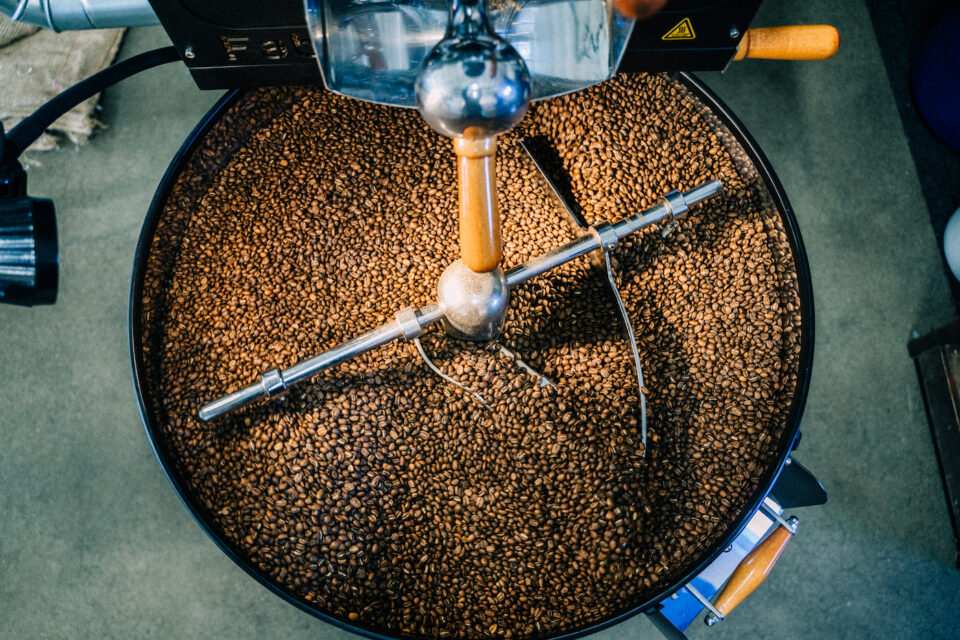 Bono Coffee Roasters, which currently has a location in Calgary’s Alyth/Bonnybrook/Manchester area, is opening a second location in Bridgeland in early 2023. The family-owned roastery and coffee shop will offer Ethiopian-inspired food, sandwiches, baked goods and, of course, plenty of coffee and tea options. The new café will also feature an upstairs retail space where you can pick up coffee equipment and accessories for home.

Cinnaholic opened its first Calgary location in the Beltline in early 2022, and will soon be opening a second plant-based bakery at South Trail Crossing. This will be a great spot to satisfy your cinnamon bun cravings.

Watch for Clay Pot Asian Kitchen, which is slated to open near McMahon Stadium in early 2023.

Local coffee chain Deville continues to expand across the city with the opening of its 13th Calgary location at the Calgary International Airport in January.

Keep an eye out for this new restaurant opening in Calgary.

Good Thrift is a fundraiser thrift store that is opening in downtown Calgary. Funds will go towards supporting Good Neighbour and Calgary Community Fridge.

Iyycburg has become a popular spot for smash burgers, bubble tea and milkshakes over the past few years. The restaurant is adding to its Sundance and Sage Hill locations with a new eatery in Hillhurst that is set to open soon.

Inglewood will soon be home to Jams Diner, a sister restaurant to Jam’s in Airdrie. Look for it in the former Kane’s Harley Diner restaurant space.

Tired of eating pizza the usual way? Try pizza in a cone at Konz. The franchise is opening its second Calgary location along 17 Avenue S.W. The menu features cone, pressed or flat pizza, pasta, poutine, soft serve, milkshakes and more.

Lina’s Italian Market is opening a new Italian Piazza in Inglewood that will offer brunch, pizza, pasta, gelato, a café and more. Lina’s will be taking over the space formerly occupied by Bite.

Get excited for this new Asian dessert shop that is opening in Calgary soon.

Canadian jewellery company Mejuri is opening its first Alberta store in Calgary this year. The brand is known for its beautiful selection of modern earrings, rings, necklaces, bracelets and more.

Slated to open in January, this new Mexican restaurant in the Beltline will feature tasty fare by chef Elia Herrera, who has competed on Top Chef Canada and Top Chef Mexico.

This restaurant chain specializes in hand-pulled noodles that guests can enjoy in hot, comforting bowls of soup, stir-fries and more. The restaurant’s first Alberta location opened in Edmonton in December to much buzz, and you’ll be able to check it out in Calgary in 2023.

If you love Native Tongues Taqueria, you’ll be happy to hear that Thank You Hospitality is opening a second location of the popular Mexican restaurant. Located in A1 Cantina’s former space in Britannia Plaza, this second location will feature the same menu as the original and is set to open on January 16. One of the most exciting additions? An all-seasons patio.

This pizza spot has been operating out of Community Natural Foods since fall 2020. But soon, you’ll be able to pick up its popular pickle or potato pizzas from its new location on 17 Avenue S.W.

Keep an eye out for this new restaurant specializing in Montreal-style poutine opening along Edmonton Trail. Poutinarama will also be serving up hamburgers and hot dogs.

The team behind Monogram Coffee is opening a new eatery called Primary Colours, which will be located right beside Monogram’s Britannia coffee shop location. Chef and partner Matthias Fong, who you may remember from his time at River Café and Deane House, is part of the Primary Colours team, so it’s safe to say you can expect delicious fare from this spot.

Calgary’s home decor scene will have a new addition soon with the arrival of Vancouver-based furniture company Sundays, which is opening a store in Calgary. In the meantime, you can check out some of the company’s pieces at its Calgary outpost within Socality House.

Get ready for some tasty Mexican street food when this new taqueria opens in Calgary this year.

Tokyo Street Market’s new location along Macleod Trail will feature both the popular eatery and Nikuya Grocery in the space below it, too.

Missing Tubby Dog? The team behind this popular hot dog joint that closed in 2021 will soon be launching its next phase in the form of a new Beltline lounge that will offer beer, wine, cocktails and yes, a few Tubby Dog favourites.

If you’ve lived in or visited B.C., you may have enjoyed a slice of pizza from one of the many Uncle Fatih’s Pizza shops. The pizza chain is opening its first Alberta location in Calgary’s Beltline neighbourhood this year, and promises to be an exciting addition to the city’s pizza scene with its sesame seed-topped crust and veggie-heavy toppings.

Stay tuned for this new spot opening in Calgary that will offer brunch, lunch and dinner.