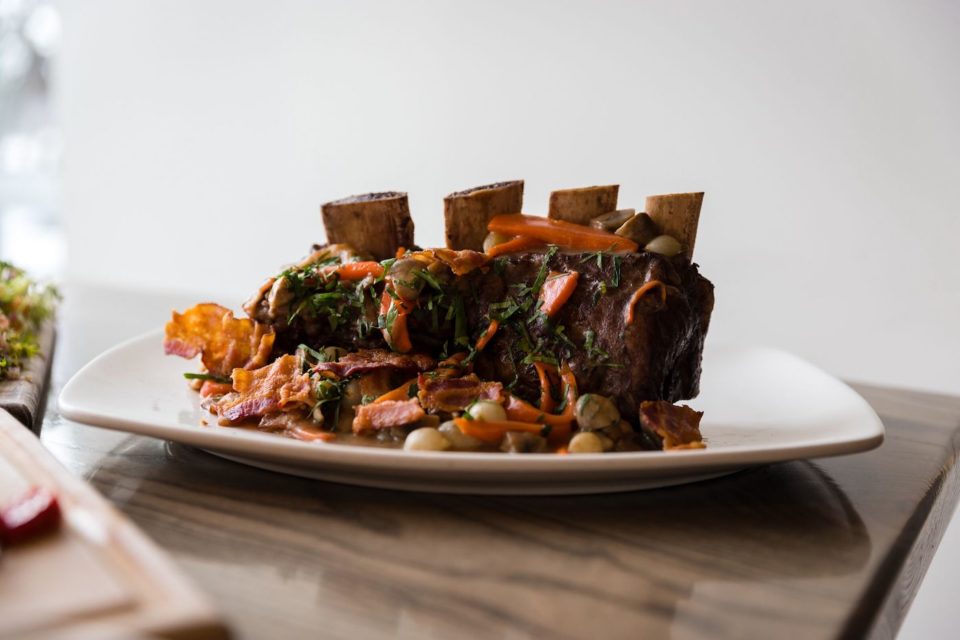 What is it: Copper Branch specializes in plant-based fare. The Canadian chain opened its first two Calgary eateries over the last few months. The first Calgary location opened in Intact Place this past September and the second one opened in the Suncor Energy Centre last month.

What’s on the menu: The fast-casual menu, which is entirely plant-based, includes power bowls, burgers, sandwiches, breakfast items like tofu scramble wraps and sides such as nachos, tofu buffalo wings and poutine.

What else you should know: Both locations are only open during the day from Monday to Friday.

The Establishment Brewing Company opens in the Manchester area

What is it: The latest addition to the Barley Belt, this new brewery was opened by a group of friends with backgrounds in home brewing. And it’s safe to say the team knows what they’re doing —  not only are they certified Beer Judge Certification Program judges, but they’ve also been involved with the Cowtown Yeast Wranglers club and have earned more than 130 home brewing awards between them.

What’s on the menu: The Establishment specializes in barrel-aged beers, which are made with used wine barrels primarily from the Burrowing Owl Estate Winery in B.C. Currently, you can get bottles of the brewery’s barrel-aged hibiscus Brett saison and dry-hopped Brett saison. The brewery also makes other styles that are available on tap, including a German pilsner, a New England Pale Ale, a West Coast IPA, a porter and more. As for food, guests can snack on cheese buns from Glamorgan Bakery and containers of mixed nuts.

The space: The brewery’s warm, cozy taproom was designed by Fort Architecture and seats around 50 people. Part of the seating area is surrounded by the barrels used to make the barrel-aged beers, a cool detail that ends up being both decorative and functional.

What is it: Local restaurant group Team French has taken Suzette Bistro’s Mission location and turned it into a new French steakhouse called Le Petit Boeuf, which is French for “The Little Cow.” Team French is also behind local restaurants and eateries like Cassis Bistro, The Little French Market, Vélo Café and Suzette Bistro, which still has a location in Britannia.

What’s on the menu: The menu at Le Petit Boeuf makes good use of the cow with plenty of meaty options including short rib à la Bourguignonne, beef cheek, bone marrow, ribeye and Alberta beef tenderloin with foie gras ravioli. But even though it’s a steakhouse, the restaurant still offers around a dozen vegetarian and vegan dishes including celery root and cauliflower gratin, a mushroom fricassée, roasted beets and more.

The space: Guests who visited this restaurant space when it was Suzette Bistro can expect a different vibe now. The restaurant team personally transformed the 50-seat space, giving it an elegant, minimalist revamp.

What else you should know: Le Petit Boeuf is only open for dinner and accepts reservations.

Winefest returns from February 22 to 23