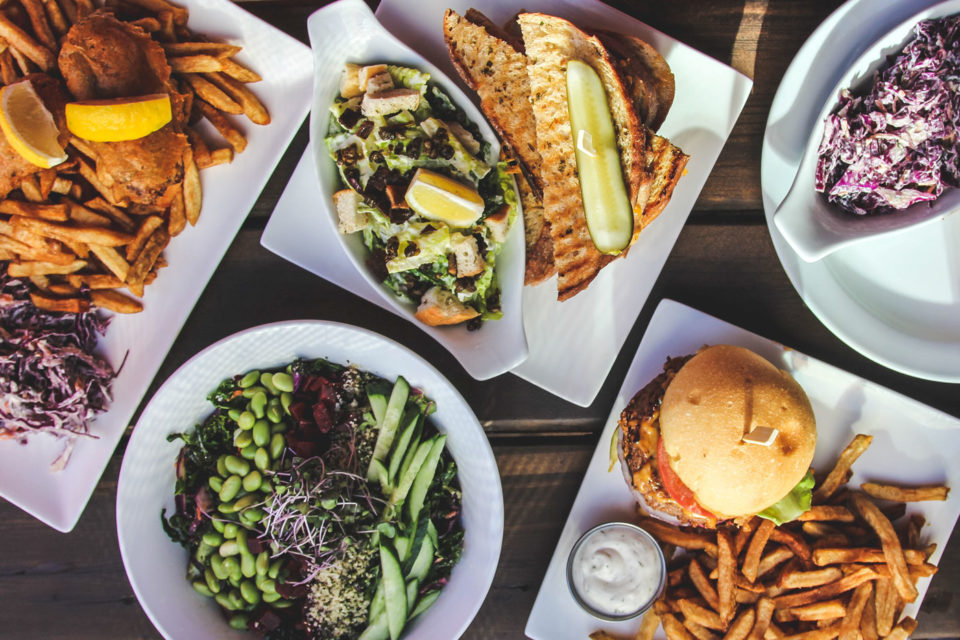 The vegan dining landscape in Calgary has taken a huge step forward in 2020 with more plant-based eateries sprouting up all over the city. From vegan bakeries to fast food joints with exceptional ice cream, there are now way more options for vegans, vegetarians or anyone just wanting less meat or dairy in their diet. Check out these seven new spots in the city that all offer something a little different.

Branded as “casual conscious eats,” this Edmonton company is fully vegan and has thankfully made its way to Calgary. Located just off 17 Ave. S.W. beside Urban Fare, KB & Co’s menu is definitely on the healthier side and includes superfood salads, unique and innovative wraps, jam-packed smoothies and an all-day breakfast menu. The coconut Thai salad with kale, romaine, coconut rice and other delicious veggies topped with a peanut dressing is a standout, but you can’t go wrong with anything on the menu.

If you’re a Calgary vegan or vegetarian, you’re probably familiar with Hearts Choices. Owners Nan Thammanatr and Eahly Shirly are regarded by some as pioneers of Calgary’s vegan food scene, and their Thai-inspired vegan cuisine and market goods are some of the best in the city. In mid-September, Thammanatr opened Nan’s Noodle House in Tuxedo Park, which serves vegan banh mi subs, pad Thai and create-your-own-soup bowls with your choice of soup base, noodles and protein (the Thai khao soi soup is particularly popular). The new eatery also acts as market where you can pick up international sauces, takeaway meals, specialty plant-based foods and more.

This vegan fast-food joint, which had a line down the block when it first opened, has remained a hot spot for all your plant-based burger and fries needs. It gives people who have removed meat and dairy from their diets the chance to enjoy vegan takes on burgers, chicken nuggets and more, as well as ice cream treats like the “VMix” (essentially a Blizzard or McFlurry but completely plant-based). Most of the burger patties are made from a house blend of veggies and plant-based proteins, while the patties on the “lighter side of the menu” are chick pea-based. The restaurant itself has a cool diner vibe with cartoons covering the walls, booth seating and a patio facing 17 Ave. S.W.

Before this restaurant opened earlier this year, co-owner Laine Federau operated the popular Vegan Street Eats food truck. The truck was a hot spot at festivals and the vegan and vegetarian community raved about its tacos. Now, the tacos are still available, but they can be paired with outstanding cocktails and crispy oyster mushroom “kalamari” at Vegan Street’s modern restaurant space in the Beltline. The menu also features loaded fries, perogy Thursdays and a Nashville hot chickin burger. Also of note, the new brunch menu is amazing and has some of the best vegan eggs Benny in the city.

Located in the Saddle Ridge area, Veggie King is a new vegetarian restaurant with vegan and gluten-free options, which means there’s something for everyone here. The family-owned spot has an extensive Punjabi menu with great appetizers like tofu pakoras and samosas, as well as a selection of nine curries (the eggplant bhartha stands out), paneer, roti and naan and more. Veggie King is currently open for takeout and delivery, making it a particularly great option in this time of social distancing.

Going out for sushi at non-vegetarian/vegan spots can get pretty boring when all there is to eat is edamame and avocado rolls. Whole Life Go has flipped that script with a wide selection of plant-based sushi that is one-of-a-kind. The owners were both engineers previously and made the switch to restaurant life as they learned more about the benefits of organic ingredients and dishes free of refined products, fat, sugar and oils. Aside from the sushi rolls (the spicy miso mango is a must-try), there are also healthy snacks and desserts like protein peanut cookies in the mini-market at the front of the eatery. Also, you can still get edamame, and it’s still great.