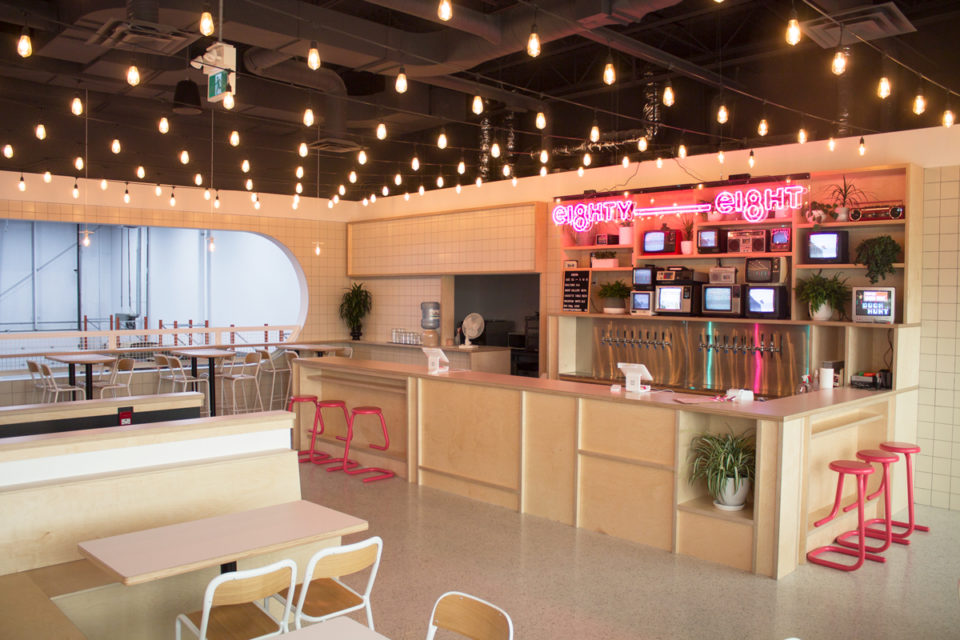 The vibe: From the space to the beers, get ready to be hit with plenty of Olympics nostalgia and ’80s throwbacks.

Food: Enjoy simple yet classic snacks like Ruffle chips and dip while waiting for a freshly made New York-style pizza from the in-house pop-up, Noble Pie (though Noble Pie is currently only open for curbside pickup).

Things you should know: Eighty-Eight’s taprooms and patio are open with new safety and social distancing measures in place. You can also still get beer delivered through the brewery’s website.

Inspired by Calgary’s Olympic heyday in 1988 and the general awesomeness of the ’80s, Eighty-Eight Brewing Company is a refreshing and distinctive member of Calgary’s brewery scene. The brewery’s two memorable taprooms are filled with neon lights and fun memorabilia, creating a buzzing energy while you enjoy core beers like the Night Gallery NEPA, Duotang dry-hopped sour, Tiffany rosé saison and Hologram white ale. This is a brewery that isn’t afraid to have fun with its flavours, regularly coming up with creative new seasonal and staple offerings like the Fruity Pebbles milkshake sour and Good Morning coffee stout.

The brewery also acts as a home base for Noble Pie, a New York-style pizza pop-up run by Mike Lange. It’s not an exaggeration to say that Noble Pie makes some of the best pizza in the city — the wait for one of its thin crust pies often stretches over an hour on weekends due to popularity. Your best bet is to show up early and order a half-and-half pizza with the two classics: Sweet Cheesus drizzled with Mike’s Hot Honey on one side and the Roni topped with little pepperoni cups and banana peppers on the other. That said, Noble Pie is currently only open for curbside pickup.