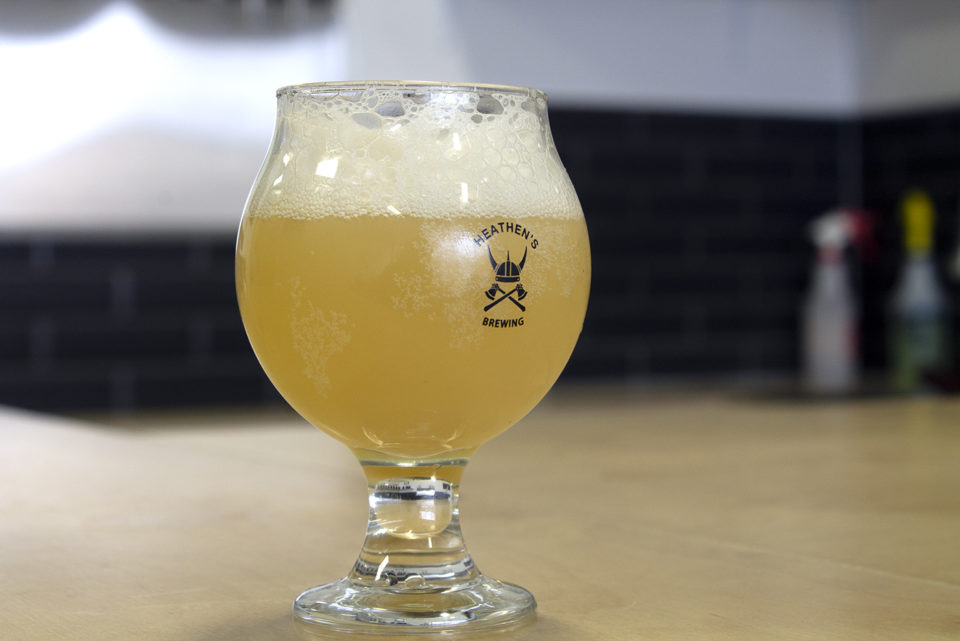 Wes Maxwell first started brewing traditional beer in his early twenties, but eventually gave up the practice to pursue a different career in Alberta’s oil fields.

Fifteen years later, he picked it up again, but this time, with a different kind of beer in mind. Some of Maxwell’s family have celiac disease, an autoimmune disease that damages the small intestine if gluten is ingested.

Gluten is most commonly found in rye, wheat and barley. Unfortunately for those who can’t have gluten, almost every beer is made with barley and sometimes wheat.

That’s where Maxwell and his business partner Jeff Silzer come in. Heathen’s Brewing is the first completely gluten-free brewery to open in Western Canada. Maxwell began brewing gluten-free beer with strictly malted, gluten-free grains (think oats and rice) and now has a backlog of 40 recipes that could potentially make their way into the rotation.

The brewery opened with four gluten-free beers — Kvasir’s Peanut Butter Stout, Lord of Njord Milk Stout, Asgard Ale and Tropical Haze IPA (this last one comes with all the flavour and none of the bitterness of a classic IPA; Maxwell says it would traditionally be called a New England IPA). For the non-beer drinkers, they have hibiscus tea and cold-brewed nitro coffee from Nitro Bros.

And if you’re a beer enthusiast who’s unsure about drinking gluten-free beer, Heathen’s may just change your mind. The taste of all four debut beers is nearly indistinguishable from a traditional brew.

“Even doing blind tastings with people, and you don’t tell them it’s not gluten-free, a lot of people don’t even know,” Silzer says. “It’s been good feedback.”

Maxwell notes that they don’t use sorghum, a grain commonly used in gluten-free beers, in their brews. “I think that’s where some of the stigma against gluten-free beer tasting comes from, because the sorghum-based ones have a metallic, tin aftertaste.”

While non-celiacs are welcome and encouraged to try the delicious brews at Heathen’s, the duo says their main goal is to keep the taproom 100 per cent gluten-free. That’s why they plan on starting out with some pre-packaged gluten-free food for anyone craving a snack with their beer, and then inviting patrons to order from a select number of completely gluten-free restaurants.

“We want to be so strict about what we incorporate, and we don’t want somebody that has [celiac] disease to get sick. That’s the whole point of this. We want them to feel safe and have somewhere that they can appreciate and have something good,” says Silzer.