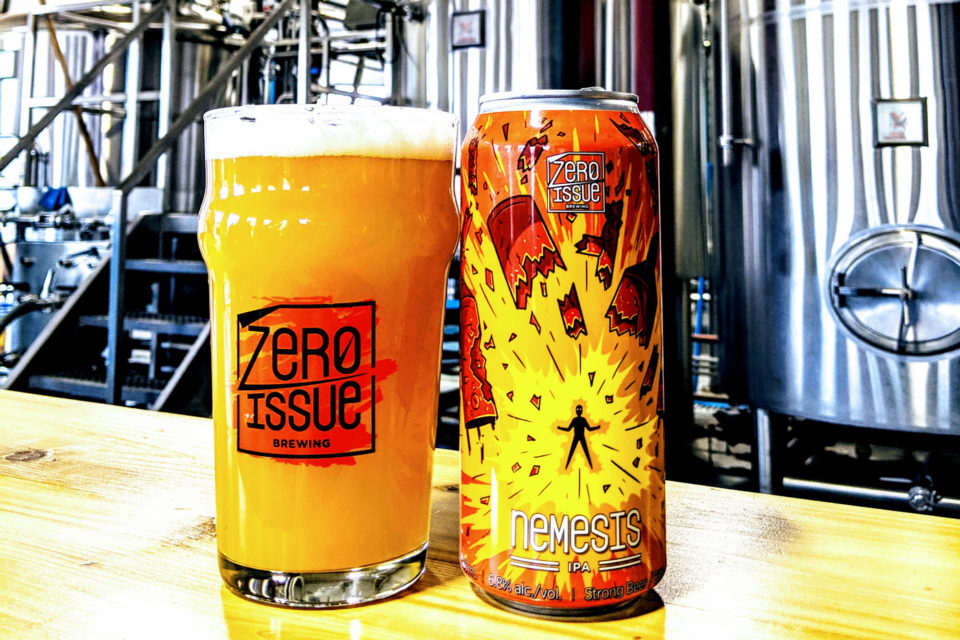 The vibe: The Zero Issue taproom is closer in some senses to a board-game cafe feel than a raucous bar. Due in part to the backdrop behind the bar (which is a recreation of the original Donkey Kong game on Nintendo) and the comic book vibe throughout, this taproom feels like a place you can chat with friends and perhaps debate whether Han Solo shot first or not. Additionally, it also has a beautiful and spacious patio out front.

Most popular and/or must-try beer: One of its first beers is the Nemesis IPA. It is strong as heck but the intense grapefruit and mango notes make it a super refreshing and smooth IPA. However, once this heatwave passes and we move into the fall and winter seasons, the Terraform Porter is definitely a standout for those chilly nights.

Recent awards: In 2018 Zero Issue’s Cryostasis took home silver in the German/Czech style pilsner category from the inaugural Alberta Beer Awards. But biased journalism be damned, the Nemesis should win every award available.

Things you should know: As facemasks become mandatory in public spaces, Zero Issue started making and selling its own branded masks. They are reasonably priced and having them available in the taproom makes it very easy to grab a mask when you come in to make sure you are keeping yourself and others safe.

Zero Issue was started by two brothers who are passionate about all things sci-fi, comic book, fantasy and video games. It combines the MacDonald’s brothers’ love of craft beer and the nerdier aspects of life. The art donning their cans and the names of the beer are all paying homage to sci-fi and comic book culture. Even the name “Zero Issue” is a reference to the first issue or a pre-issue of a comic book series which is sometimes released after the first issue to provide some backstory or lore.

Prior to COVID-19 Zero Issue hosted Dungeons and Dragons nights on the last Sunday of each month and there is truly nothing better than getting together with friends, drinking great beer and hopefully avoiding rolling any critical failures on the D20.