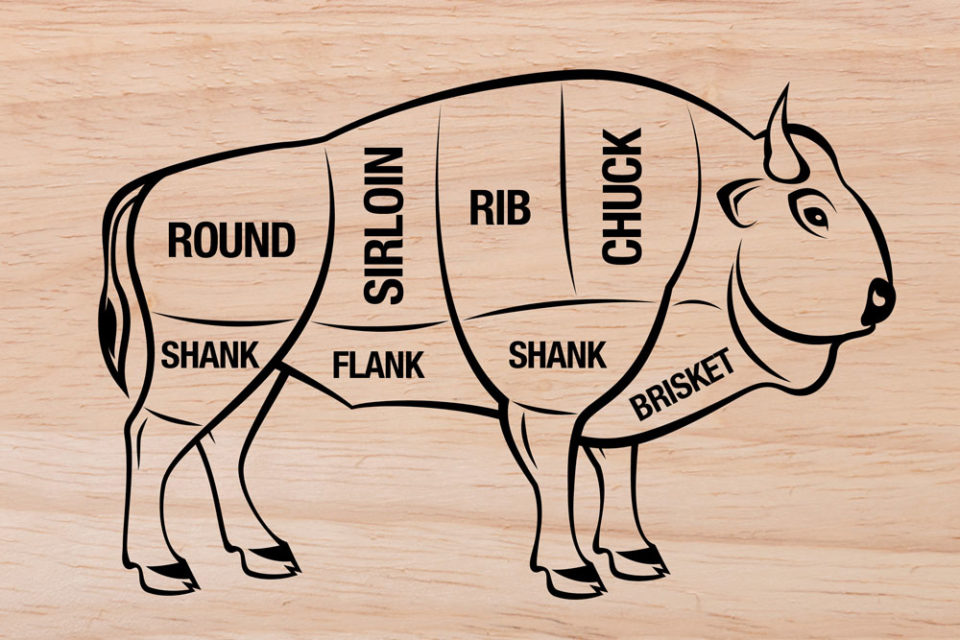 Where to buy your game meat

The Canadian Rocky Mountain Ranch, tucked into the foothills southwest of Calgary, raises bison and elk that is served at the restaurants and lodges of the CRMR group, which includes The Lake House and Buffalo Mountain Lodge, as well as Cilantro and Divino Wine and Cheese Bistro. Their products, including roasts, steaks, ground meats (both elk and bison), boar and elk sausages and even tourtires, are available at Second to None Meats as well as Blush Lane (Bridgeland and Aspen Woods) and through spud.ca.

Rocky Mountain Game Meats sells sustainably raised bison, elk, caribou, boar and deer from farms in Alberta and the neighbouring provinces. They offer a wide range of cuts, from steaks and roasts to rarer offerings such as Frenched racks of elk or boar and caribou tenderloins.

The leanness of game meat makes it trickier, and less forgiving, to cook at home than pork or beef. Here’s how you can avoid ending up with dry and chewy meat.

Before even entering the kitchen, start by choosing a cut you’re accustomed to. If you’re used to cooking beef rib-eyes, consider trying a bison rib-eye, says The Lake House chef Thomas Neukom. By practicing with something familiar, you can get a feel for the differences that come with game meat. Buy from butchers known for selling game and ask for suggestions on preparations. Butchers are an excellent resource for cooking tips and suggestions.

When it comes to flavour, you don’t want to overcomplicate things. That said, marinades work well with game meats – think red wine and a bit of red-wine vinegar with rosemary, bay leaves and juniper or a slathering of mustard and garlic and onions. The same goes for dry rubs, the method of choice at Open Range, where the rub is applied 24 hours in advance to let the flavours mature.

Cooking at a lower temperature for a longer time gives game a nice texture and flavour and sous vide, with its gentle, water-conducted heat, is an excellent way to avoid the problems of overcooking. That’s how they prepare the boar shoulder dish at The Lake House, reheating it in the sauce just before serving.

Most chefs suggest not cooking steaks and roasts past rare or medium-rare. For caribou, Post Hotel chef Hans Sauter suggests searing it off and then roasting until the internal temperature is between 118 and 125F.

Salt at the end of cooking to avoid drawing moisture out.