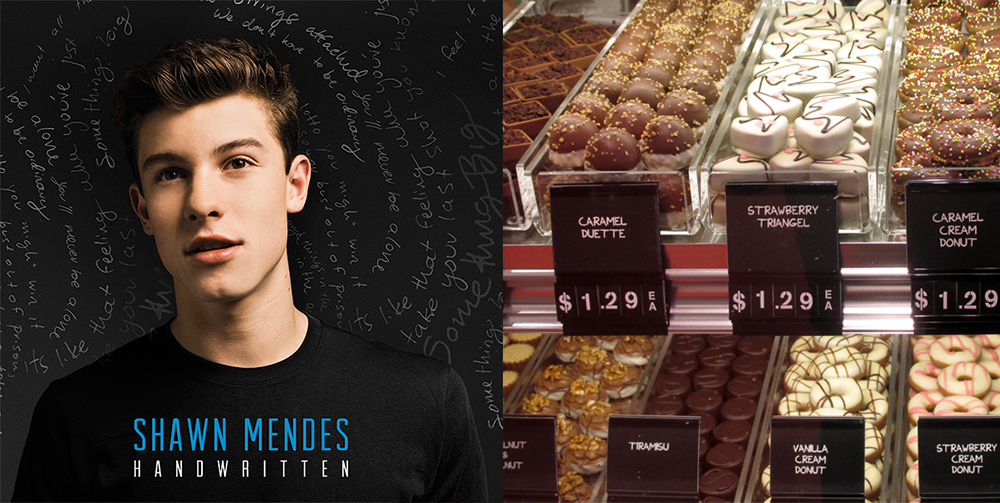 At the Juno Awards broadcast on Sunday, April 3, five artists are up for Artist of the Year. While you are watching to see who wins, bite into one of these Calgary takeout dishes that compliments the artist, the year he has had or the style of his music.

Shawn Mendes is just 17-years-old and first became famous from his six-second Vine videos of cover songs. The ideal takeout dish for him is something that is quick to eat (easily downed in six seconds), sweet (he’s a nice guy) and kid-friendly (he is under age and the fans most excited for him to win will be young as well).

The dish: The mini cupcakes, doughnuts and chocolates at Loblaws CityMarket. They are $1.29 each.

Justin Bieber was all over the place and a little messy this past year, so his takeout dish should also be a little messy. And, with an album called Purpose, Biebs should have to dig into something with a sense of purpose.

The dish: Cap’n Dog from Tubby Dog. Once you start with this dog, you can’t stop. It’s a classic beef or chicken dog and a fresh bun, topped with peanut butter, jelly and Cap’n Crunch cereal on top. The contrasting flavours might confuse at first, but in the end they come together. Kind of how you don’t want to like Justin Bieber, but you can’t help singing along to his songs.

City and Colour is Dallas Green’s band, which he started 10 years ago while still playing with Alexisonfire. In 2015, it released its fifth album, If I Should Go Before You.

The dish: Club Med from The Coup. With a last name Green, salad seems appropriate and The Coup’s takeout counter makes ordering and picking up easy. The Club Med salad has falafel, pickles, shredded carrots, sundried tomatoes, feta, banana peppers, greens and alfalfa sprouts. City and Colour’s album was released by Dine Alone Records and this is a very respectable meal to eat alone. 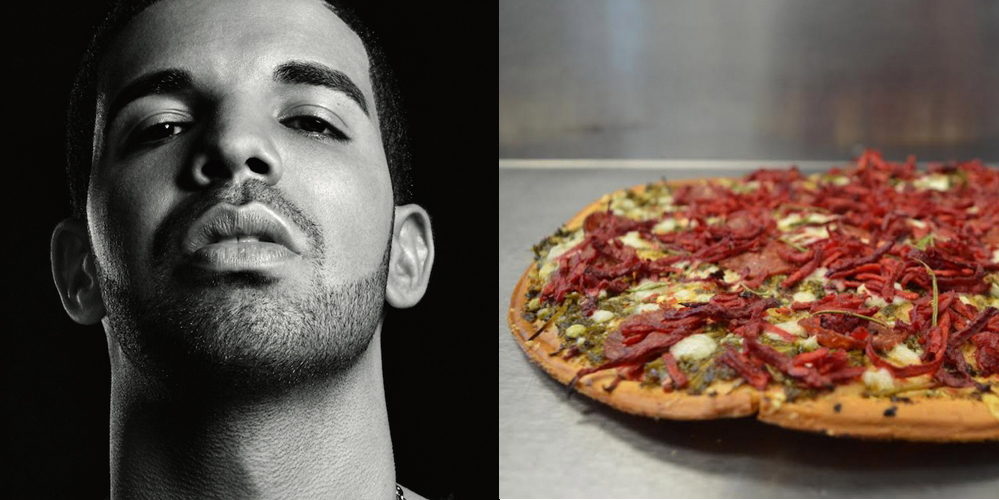 He used to be Jimmy on Degrassi: The Next Generation. Now he is one of the most successful rappers, R&B and hip hop artists in music today. His songs “Best I Ever Had” and “Hotline Bling” are just a few that have likely been stuck in your head.

The Dish: Drake is very connected to Toronto. He talks it up all the time. He has a tattoo of the CN Tower, a restaurant in The Six (he’s the reason Toronto is called The Six) and he’s global ambassador for the Toronto Raptors. For a Calgary dish that pairs with him, we went full on patriotic with The Village Flatbread Co. Its menu items are all named for areas of Calgary – Knob Hill nachos, Spruce Cliff spinach salad, flatbreads named for a dozen neighbourhoods including Bridgeland, Bowness and Harvest Hills. 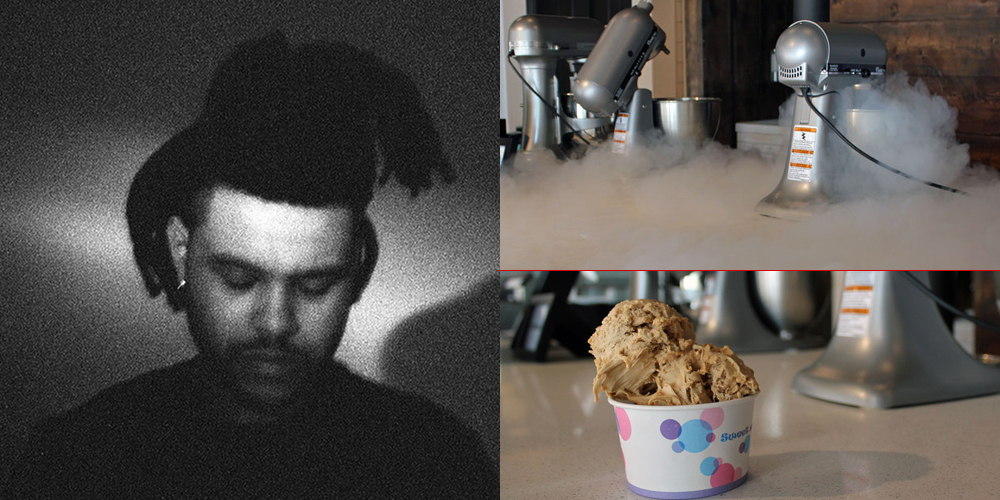 The Weeknd was nominated for three Grammy Awards and an Academy Award. He is one of the biggest recording artists in the world this year and he’s from Toronto.

The dish: His album is called Beauty Behind the Madness, so we are going with something that has a bit of a mad scientist effect. Nice Cream makes ice cream to order by pouring liquid nitrogen into a stand mixer filled with the ice cream base. The vapour billows out as it does its magic. In the end, you get ice cream that is super smooth. Get it in flavours like vanilla, coconut, chocolate and salted caramel and top it with gummy bears, cookies and nuts.

For more information on the Junos as well as a full list of nominees, visit junowards.ca.