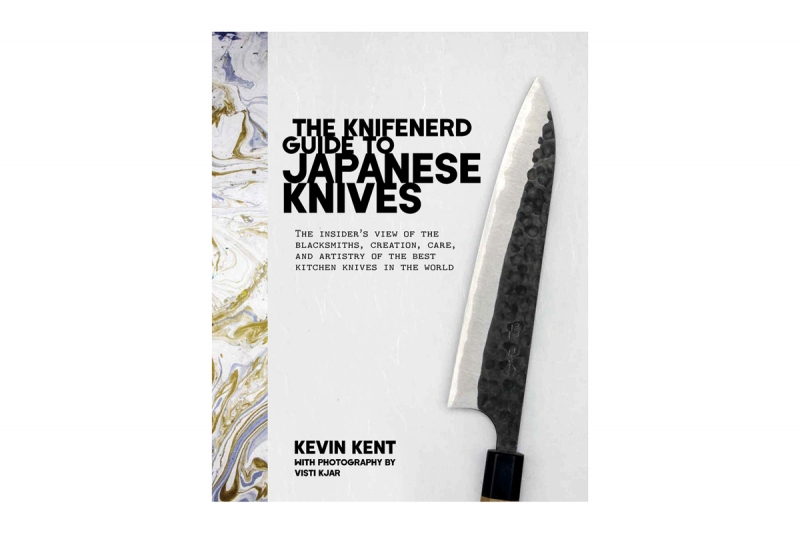 Kevin Kent is a man who love knives. So much so, that he’s built his life around them and happily calls himself “The Knifenerd.” A chef by trade, Kent’s love of knives turned into a career in 2008 when he opened his first Knifewear store here in Calgary, specializing in ultra-sharp Japanese knives. Now, with Knifewear locations also thriving in Edmonton, Ottawa and Vancouver, Kent is aiming to spread his love of Japanese knives even further.

Kent just launched his new book The Knifenerd Guide to Japanese Knives. If knives don’t seem like an interesting subject for a book, think again — through multiple trips to Japan, Kent and photographer Visti Kjar have put together a beautiful volume that pays homage to 20 different Japanese blacksmiths who practice the somewhat dwindling art of Japanese knife making. It’s worth flipping through even if you don’t give a hoot about knives — this isn’t just a story about tools that slice food, it’s a story about craftsmanship, tradition and the pursuit of creating objects that are both beautiful and functional. “I’ve been doing this for 11 years now, so these are all friends of mine in the book,” Kent says. “The people who make the knives are just seen as blacksmiths in Japan, they’re not really seen as artists or anyone of interest. But here, our customers really love these guys and appreciate the art they make — with a hammer and an anvil and fire they can make the best kitchen knives in the world that have beauty and soul.”

Friesens Printing was nice enough to send us a few photos of the Knifenerd Guide to Japanese Knives being printed. Very exciting to see it becoming real! Swipe through the photos for info about @knife.nerd’s book signing tour.

The rest of the book provides a guide to what Kent calls the “basically the 50 most common questions asked in our shop,” with tips on how to care for knives, what to look for in a knife, what to expect to pay for a knife and perhaps most importantly for newbies: what exactly is the big deal with Japanese knives? Ranging in price from $100 to many thousands of dollars (with most knives priced somewhere in between), why have these knives captured the imagination of so many chefs, home cooks, and hardcore knife nerds like Kent and why are so many people willing to pay top dollar for them?

The answer is: they’re handmade, they’re beautiful, but most of all, they’re really really sharp. Sawing through tomatoes is not part of a Japanese knife owner’s life. A good Japanese blade should slice right through.

The book is available at all Knifewear locations as well as major book retailers.