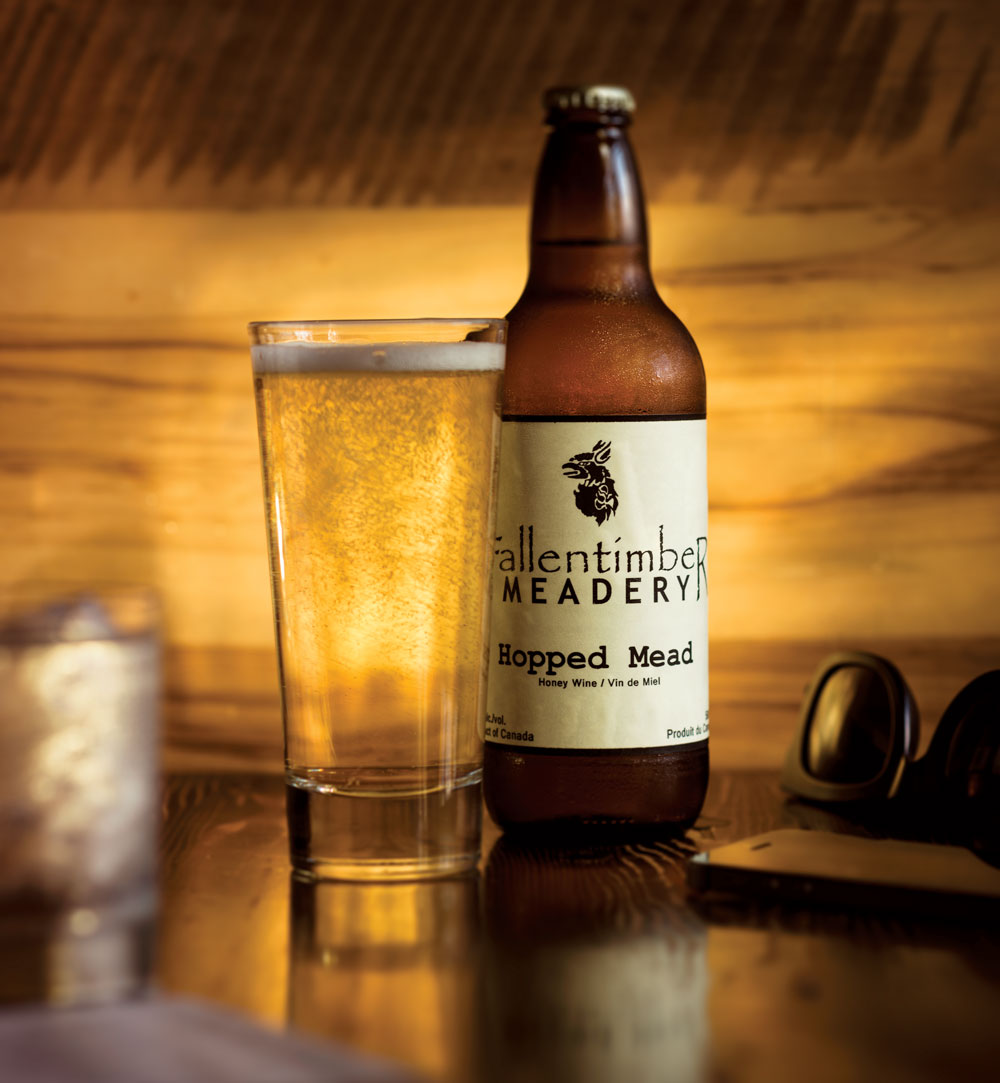 You’d probably tell me that I was full of it. After all, in these socially connected and alcohol saturated-times – witness the profusion of wine bars, the almost religious status that craft beer has attained and the increasingly depraved selection of flavoured vodkas (do we really need one that tastes like Froot Loops?) – there’s no way such a product would escape your attention. At the very least, Buzzfeed would have cranked out a few listicles about it already.

But here’s the thing: there is such a beverage, and you’ve probably had it once or twice before. You’ve just forgotten because, for the last few decades in North America, most meads have tasted like some awful hybrid of ice wine and stale Bud Light and been invested with a distinctly medieval vibe that’s only popular among people in historical recreation societies and Beowulf reading groups. Mead may be the oldest fermented beverage known to human beings, but it has lagged well behind its peers ever since we figured out how to grow wheat and barley on an industrialized scale. But that’s in the process of changing, and a lot of the heavy lifting is being done by a small group of Albertans who have opened new mead-making operations in the last six years. Indeed, they’ve managed something that’s downright remarkable: turning a nearly undrinkable novelty item into a palatable alternative. Talk about value added.

Actually, it might be more accurate to say they’ve created palatable alternatives, because the approach that Alberta’s three biggest mead makers take to their product couldn’t be more different.

At Chinook Arch Meadery, which sits on a honey farm 50 kilometres south of Calgary, Art and Cherie Andrews take a traditional approach. “We try and stick a little closer to the European style,” she says. “The North American style in general is a bit dryer, but some of the best meads in the world are Polish or Eastern European, where there’s never been a grape grown.”

Chinook Arch’s meads, which embrace the beverage’s medieval roots in both their names and presentation, run the gamut. The Melissa’s Gold is a pleasantly sweet and unmistakably honeyish sipping wine that opens up nicely when served warm; the Buckaroo Buckwheat is like a less peaty and more approachable Scotch; and the Ginger Snapped is a perfect accompaniment to sushi or Chinese food. What they all have in common is their unapologetic celebration of its key ingredient: honey.

“Even honey wine, for us, is a stretch,” Ilse says. “We talk about Alberta wines, local wines, grapeless wines – we rarely talk about honey wine or mead.”

The product line is similarly focused, as Spirit Hills makes only two reds, one white and a ros, and steers conspicuously clear of ornate names and labels. The production facility and tasting room is on message too, looking every bit the boutique winery that you might find in the Napa Valley or Ontario’s Niagara region. But according to Hugo, a former author and business executive, the differences that define Chinook Arch and Spirit Hills don’t have to divide them. “In a way, the fact that we can’t grow grapes in Alberta drives everybody’s creativity in all kinds of directions, and you get this smorgasbord of options. In many ways, it’s a testimony to Albertans and the creativity we bring to it.”

And if there’s one thing they agree upon it’s that mead can make an excellent alternative to the usual glass of white or red. Spirit Hills’ Saskwatch, which treats black currants and saskatoon berries exactly as traditional winemakers treat grapes and obtain fermentable sugars from honey, is aged in oak. It was a Judges Selection in the 2013 Alberta Beverage awards. “This is a perfect pairing for your red meats, like a good roast or a steak, and it is spectacular with game and cold cuts,” Ilse says. “It’s also good with very spicy foods. There aren’t a lot of red wines that can stand up to really spicy foods like Thai or Mexican, but this does a pretty good job of that.”

Mead is even a viable alternative for some beer drinkers. Fallentimber Meadery, which is located an hour or so northwest of Calgary outside the hamlet of Water Valley, makes what it calls a “hopped mead,” a gluten-free product that balances the sweetness of honey with the bitterness of hops. It’s been on the market for less than a year – it was released to liquor stores last November – but it’s already picked up a dedicated following and found a home at a handful of bars in Calgary, Edmonton and Red Deer.

“I think it’s a pretty accessible thing for a lot of the customer base, and it allows us to get into different places,” says Fallentimber’s Nathan Ryan. “In the States, that’s what we started to see a few brew pubs making a mead, because it fits the gluten-free bill and addresses the customers that aren’t drinking there.”

Make no mistake: mead isn’t about to move into the mainstream any time soon. But it might not be that far away from it, either. David Gingrich, the “beer guy” at Willow Park Wines & Spirits, says that after years of battling to carve out some shelf space for the stuff, he’s finding it a much easier sell of late, both to customers and his bosses. “It’s nice to see it actually happening,” he says.

According to Chinook Arch’s Cherie Andrews, now it’s about educating people and getting as many people to try it as possible. “Having the tasting room here is great as far as exposing people, and that’s the big thing. You’ve got to let them try it.”

Meanwhile, Art Andrews suggests those who have had a bad experience with mead should give it another shot.

“I know the first time I drank bourbon, I thought, ‘Who on God’s green earth would ever drink this stuff?’ So I put the bottle in the back of my trunk underneath a tire, and it was there for six months,” he says. “One night I decided that I should give it another chance, and the second time it wasn’t quite so bad. The next thing I knew, I liked bourbon. And this is a much easier sell than bourbon. Nine times out of 10, the people who drink it like it right off the bat.”

Where to find mead

So, where can you find some mead of your own? It’s increasingly easy to track down a bottle at most local liquor stores, and Co-op outlets are particularly enthusiastic about stocking the stuff. But here’s a better idea: take your own tour of Alberta’s fledgling mead country. There’s a natural 136-km loop that begins in Calgary, proceeds south down Highway 2, west along Highway 7 and back north up Highway 22. With suitably unhurried stops at the tasting rooms at both Chinook Arch and Spirit Hills – along with, perhaps, a quick stopover in Turner Valley to pick up a bottle of handcrafted small-batch spirits at the Eau Claire Distillery – the trip should take the better part of an afternoon. Finding a designated driver for it shouldn’t be much of a chore either, given the inviting contours of the road (once you get off Highway 2) and the pleasure it offers anyone with even a passing fondness for the open road. And once you get back into town, you can round the day off with a pint of hopped mead on the patio at the National on 17th.