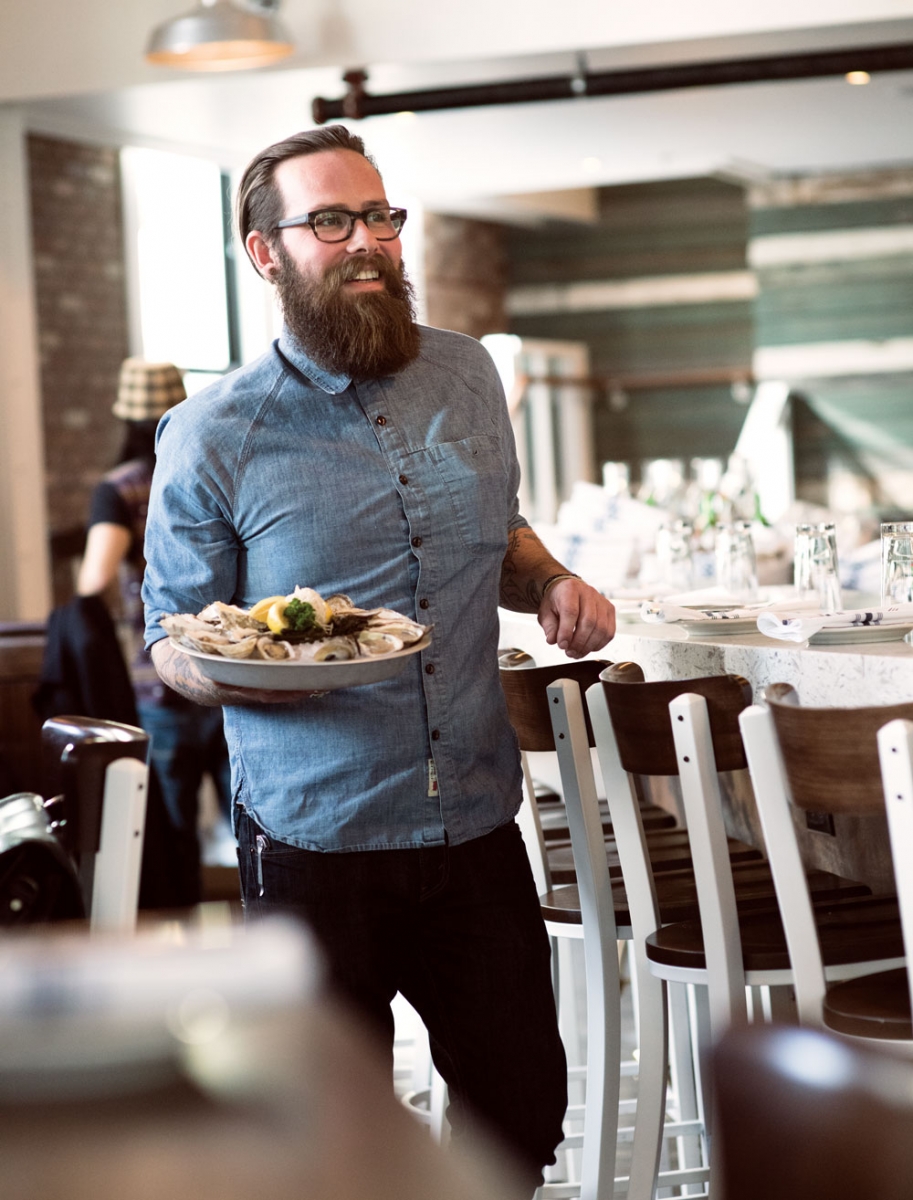 David Burns is the head oyster shucker at Rodney's. Photography by Jared Sych

There’s seafood and then there’s seafood. Buy it out of the back of a truck along Sarcee Trail and you may get a good deal, but are discount prawns and scallops really a smart idea?Or would you rather tuck into a selection of up to 14 different kinds of super-fresh oysters and follow them with a warm lobster roll or some crab cakes and cool glass of white wine or a beer in a nice booth and a comfortable setting? Rodney Clark is betting you’d rather join his team at his new, 315-seat oyster house.

In addition to his clutch of oysters, Clark offers up a couple of creamy clam chowders (New England and Manhattan) that are definitely good, plus steamed mussels, shrimp succotash and smoked salmon. Only one dish includes beef and just one lonely bison tartare, the only nod to red meat on the menu. (There’s not even any chicken.)

Rodney’s team of toqued, tattooed, check-shirted shuckers do a fine job of cleaning oysters, pouring beer and slinging bowls of chowder. Rodney’s is a casual, exuberant space centred around a lively bar, in the middle of which sits a huge, black Rundle Rock obelisk. Ice is packed around the rock and oysters lay chilling on the ice.

Clark says the rock reminds him that we are near not only the mountains but the shores of an ancient sea. A perfect place for fresh seafood, much better than the side of the road.