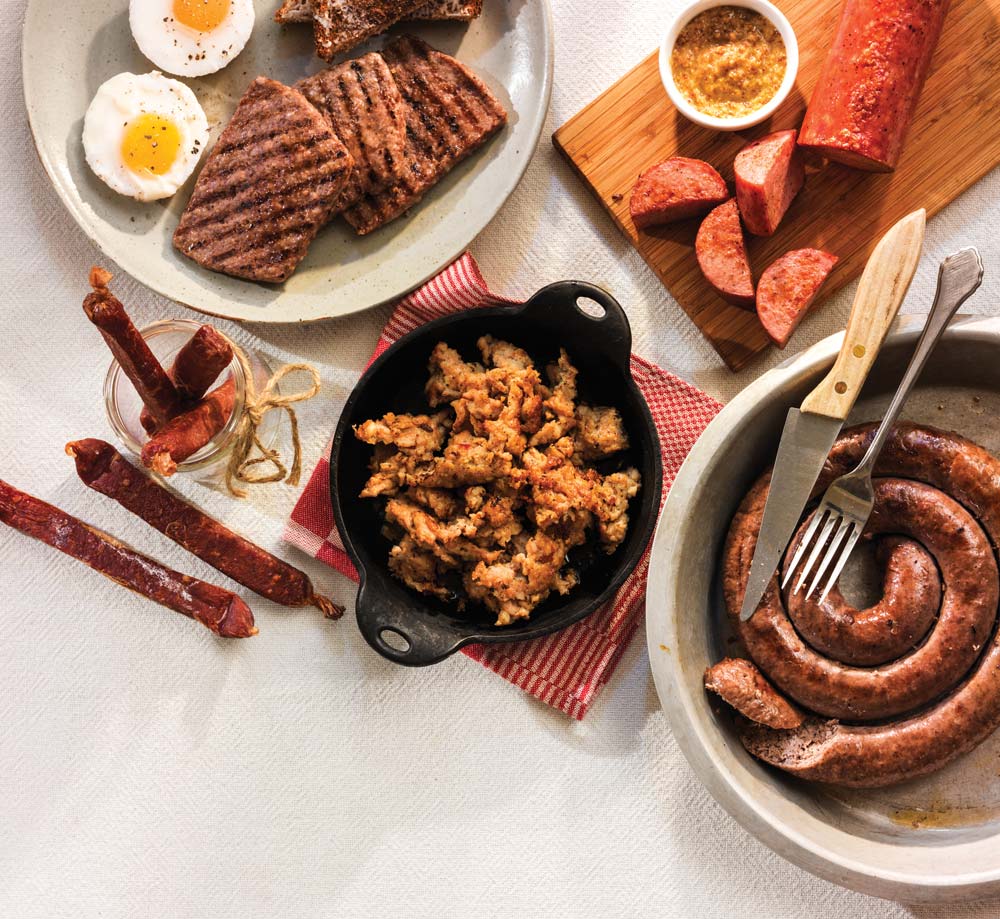 Gordon and his team at MacEwans Meats specialize in traditional British meat pies, pasties and bridies, and they also make their own bangers, black and white pudding (blood sausage) and square “Lorne” sausage, a traditional Scottish sausage also known as a “square slice” for the way it’s formed and sliced, rather than extruded into the usual tube.

Anyone making dishes like perogies or cabbage braised with sausage will appreciate the traditional Hutterite wood-smoked sausage chub from Clear Lake Hutterite Colony near Claresholm. Hutterites have been curing meats since 1574.

Boerewors, or farmer’s sausage, is one of the most traditional and well-known South African dishes, developed by the Boers some 200 years ago. SA Meat Shops sells them in their traditional large coils (perfect for tossing on the barbecue), along with drowors (dried sausage) sticks, made using an old Boer recipe with Alberta beef or bison.

Missing Link Extraordinary Sausage has freestyle sausage meat you can cook like other ground meats. Made with skinless chicken leg and thigh meat, it comes in dozens of varieties, from Fabulous Fig ‘N Fennel to Mahatma Bombay.