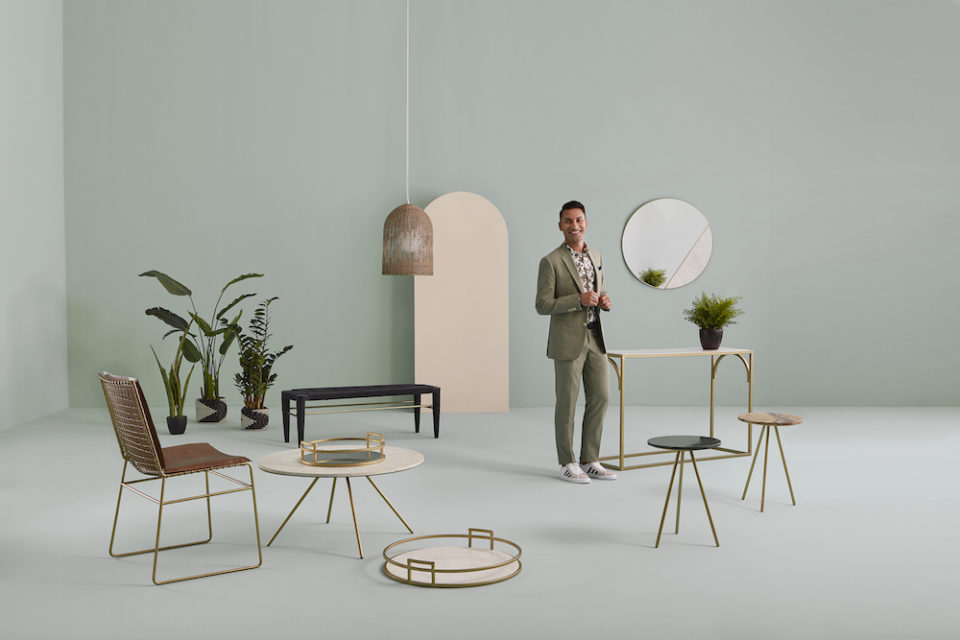 For Calgary designer Aly Velji, principal at Alykhan Velji Designs and a familiar face for viewers of HGTV, CityTV and CTV, the chance to design a home decor collection with Montreal company Mobilia became an opportunity to explore his background. Velji is of Indian descent but was born in Tanzania. While he still has extended family in India, and his parents have since been back, Velji had never visited the country. But the decision to team up with Mobilia on what would become the Modern India collection finally allowed the designer to experience India for himself. “Overall with this collection, I just felt I had to go back to my roots,” he said.

As such, Modern India marries together the sleek mid-century-modern aesthetic that Velji is well known for with touches of traditional Indian design, a style that is characteristically heavy and ornate. “For me, India is full of life and culture and colour and sights and sounds and smells,” Velji said. The Indian influences can be seen and felt in the use of marble and brass as well as in the jute lighting pieces, which are hand-woven in a traditional style.

While Mobilia doesn’t have a Calgary store, items from the Modern India collection can be purchased online at mobilia.ca. Here’s a look at some of the rest of the collection, including some pieces from a recent showing of Modern India here in the city.