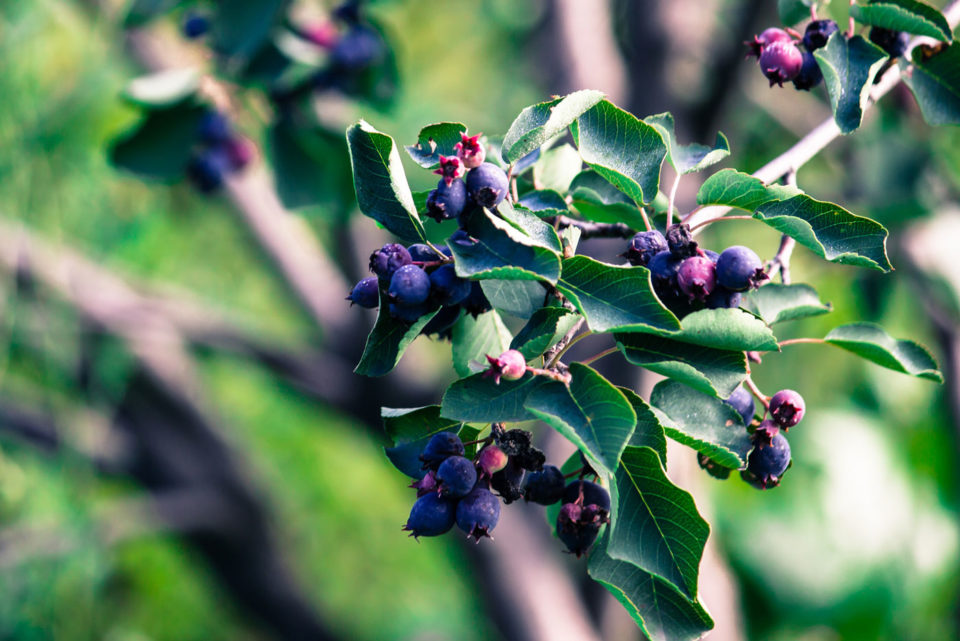 Gardening calls to mind peppers, cabbages and other vegetable you can plant, but if you were hoping to sate your craving for sweetness with your backyard yields, you’re not alone. Chinook Landscaping and Design owner David Abbott says every third job they do includes installing a fruit tree of some kind. We asked him for advice on what to do if you’d like to get actual fruit as the fruit of your gardening labour.

What to know before you grow

No matter if it’s a fruit tree or bush, it will require some fertilization and weeding around the plant’s base, as well as some pruning every couple of years. In winter, putting some mulch around the base will help it weather the colder months.

Fruit growing plants need lots of sunshine, since it takes a lot of energy to grow fruit. “You can’t get too much sunshine for any fruit plant,” says Abbott. Shelter is important too. If you can, grow them them against a wall or structure to prevent some of the damage the elements can inflict. “The winter winds can do some damage to them,” says Abbott. “No plant really likes strong winds, so padding them against some structure makes for a happier plant.”

“The biggest mistake people make is they just plant it and cross their fingers,” says Abbott. “If you’re going to got he extent of planting any type of fruiting plant, you need to know it takes maintenance.” Abbott says not keeping the base free of weeds, which suck nutrients out of the soil, is something people shouldn’t neglect. Not fertilizing frequently, especially in the spring or the fall, is another faux pas.

Some Fruits To Consider

“The best thing to do with strawberries in the first year is to be patient,” says Abbott. “You should nip off most of the blossoms, because when you do, they end up becoming far stronger and produce berries twice the size.”

When planting, place your strawberries in a single row, allowing the small runner vines to grow and make sure there’s room on either side for more of the newly grown strawberries.

In winter, cover your strawberry patches in mulch, leaves or straw (the traditional method of protecting the berries and where it got its name). “If you don’t do that in the winter time, they’re going to take far longer to come back. The crowns will be damaged and be less likely to come back healthy,” says Abbot.

Abbot recommends buying big, healthy plants from the garden centre, like grafted Mighty ‘Matos, which are sold at Greengate Garden Centres. More resilient than a regular tomato, it uses the older crown of a strong tomato plant and grafts it together with a younger one. “What happens is you get all the strength of an old tomato plant combined with a younger tomato,” says Abbot. “That means you get far more fruit off it.”

Golden spice pear trees do well in Calgary’s climate, yielding pears that are about two-thirds or half the size of a store bought pear, but are just as flavourful. “You’re not going to get the yield off them that you do from apple trees, but they’re kind of a cool one to grow,” says Abbott.

Plum trees, which grow to be eight to 10 feet tall, are best planted in spring or fall as they’re dormant at that time and won’t go into as much shock when being planted. That being said, they, like many fruit trees, can go in the ground anytime between spring and fall. Abbott says his company has planted them anywhere from April to the end of October.

Saskatoon berries grow very well in Calgary’s climate, are healthy, high in fibre and very hardy. Saskatoon bushes can be seen in the hedges around Calgary and they don’t require weeding nearly as much as strawberry plants.

The haskap is an edible honeysuckle berry that is incredibly hardy. “The great thing about haskap is that they survive up to minus-50 degrees,” says Abbott. “They grow probably five to six feet and they’re very tasty. They produce a lot of fruit and are very high in fibre. They look similar to oblongs or oval blueberries.” Native to forests all over Europe and Asia, you can now buy them at local garden centres. The berries have their own unique taste that is a cross between blueberries and cranberries.