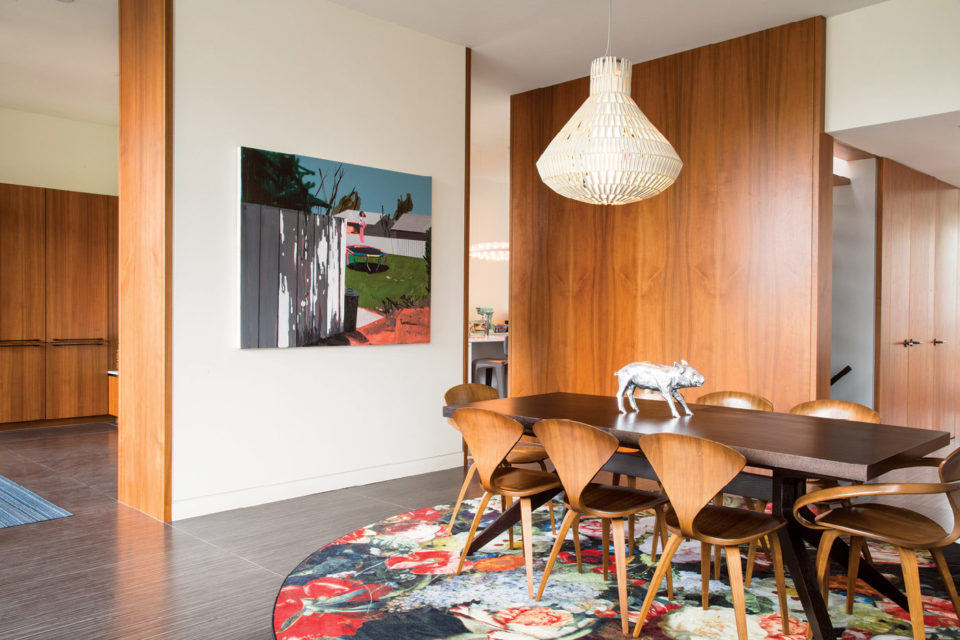 It was a home that Scarff, the clinical director and owner of Audiology Innovations hearing clinics, and her husband, architect Ryan Scarff, were building on Sifton Boulevard in the southwest community of Elbow Park. The couple had owned the property for five years with the intention of having Ryan design a home for the lot that they would then build and sell. They were well into building in 2013 when a curious friend convinced Carrie to walk through the construction site. Carrie laughingly recalls that her friend had to work to convince her as she hadn’t really wanted to go.

But then, “I’ll never forget the moment I walked up the stairs from the basement and I saw all this light,” she says. “Immediately, I knew we had to [have the home for ourselves]. It’s funny, because it was only the wood framing, so it was definitely still in progress, but you can feel a space, and I just knew. I was instantly excited.”

There wasn’t much question about who would move in after that because both Ryan and Carrie agreed: he had accidentally built a home for their family. Ryan says now that, in a way, his family was always the client. He was building the home for a family, and he “kind of assumed that any family would want what my family wants.”

Sitting at the dining table, mere feet from where she had that first realization, Carrie laughs and looks toward Ryan. “It was like you designed it for us,” she says.

Ryan has been an architect for 17 years and his company Ryan Scarff Studio tends toward a modern aesthetic with warmer materials and a strong focus on light. That is certainly true in this case as well. The tiered home is built around a central service core that houses the electrical services, venting, stairs and powder rooms, leaving the outside walls open to allow natural light and beautiful views in on all three levels.

Ryan studied the light in the space meticulously — balanced light is a major factor in his designs because that balance makes a space feel comfortable. The movement of light through the day also helped Ryan determine the scale and placement of the rooms, with consideration given to when light will be in the space. He even added a skylight at the top of the stairs to fill the centre of the home with light.

Despite being built into the side of a hill, every level of the home was designed to have colossal windows and access to the outdoors. Ryan’s basement office has a sunken courtyard that lets light into the rooms that access it. The floor-to-ceiling windows and doors on the main level can open to let air and light in from every angle. And the top-level main bedroom is complete with a south-facing patio, as well as a sitting room, undercounter fridge and La Marzocco espresso machine, making it an almost completely self-contained suite.

The Scarffs’ son, 12, and daughter, 10, have their bedrooms on the north-facing side of the top floor. High up on the hill, with their huge windows looking out over the neighbourhood through the trees, you can see why Carrie refers to her kids’ rooms as “tree forts.”

The couple says their home is a retreat for the family and that everyone has their favourite place to perch. “Our home really feels like a treehouse and that’s perfect for us,” Ryan says. “People tend to think of design as a collection of vignettes of the perfect tile, the perfect vase and the perfect mirror. But when you remember a space, you don’t remember the tile, you remember how you feel in it. Space and light are important pieces in how you experience and feel at home. It reflects us.”

Letting the Light In

Architect Ryan Scarff says that natural light is the “core DNA” of this home and that he specifically designed the spaces with the light in mind. Here are some of his top considerations about light.

Architect and homeowner Ryan Scarff designed his family home to have massive windows on the exterior walls and space on the interior walls for artworks such as this painting by Kim Dorland.

Art and decor items have been collected by the Scarff family over the years. Animal motifs — including the horse lamp and the elephant painting — can be seen throughout.

The home features a Poggenpohl kitchen with accessible counterspace and storage.

The stairs and amenities are housed inside a central service core, allowing the outer rooms to pinwheel off of the central area and the exterior windows to let in an abundance of natural light from every angle.

Homeowners Ryan and Carrie Scarff describe their home as a retreat for the family where everyone has their favourite “perch.” The seating area off the living room is where the Scarff kids do their homework. 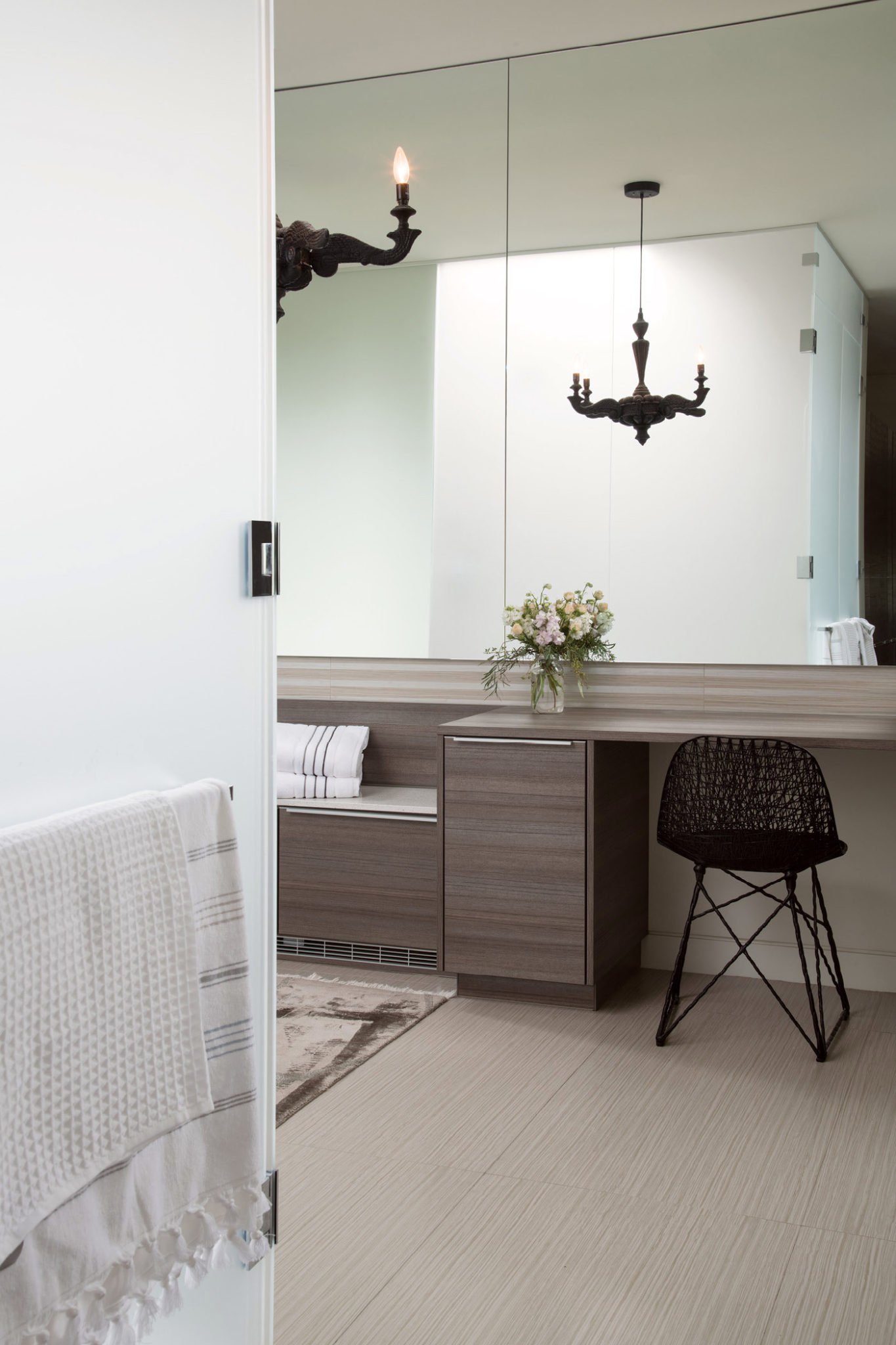 The main bedroom ensuite features a skylight above the shower, filling the room with natural light that changes colours throughout the seasons.