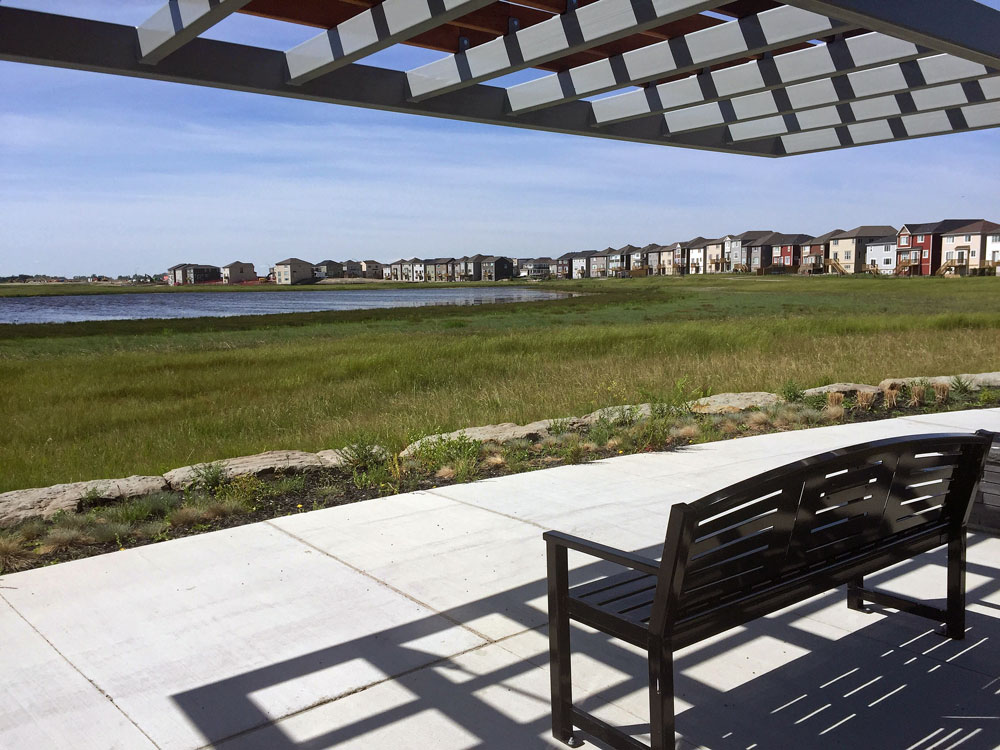 The Rotary/Mattamy Greenway is a 138-kilometre pathway that encircles all of Calgary. It connects 55 communities, goes through big parks, new parks and a provincial park. It’s the longest, year-round urban pathway in the world, so if you love Calgary parks and pathways, make a point to explore it this summer.

While you probably don’t want to try and bike (or skate or run or walk) the whole pathway in one go right now since there’s still construction going on along parts of it, you can still get mega distance in. This year, Parks Foundation Calgary is holding a Summer Challenge in honour of Canada 150. Starting June 25, Calgarians have until August 28 to try and log 150 kilometres on the Rotary/Mattamy Greenway. You can do it solo or as part of a team. You can explore the entire pathway in chunks or explore your favourite parts over and over again. It’s up to you – the goal is to get those 150 kilometres in just over two months so make sure to register before June 25.

If you’re not sure where to start, here are some of the highlights along this really, really long pathway that you can pick as destinations.

Cycle the pathway past the developing neighbourhood of Cityscape and you’ll come across the Cityscape Interpretive Wetland. Spend some time birdwatching here – you might see some black-crowned night herons during the summer months. And the airport is nearby, so chances are high that you’ll see a few airplanes as well. In addition to the natural area, there’s a playground and a seating area here. 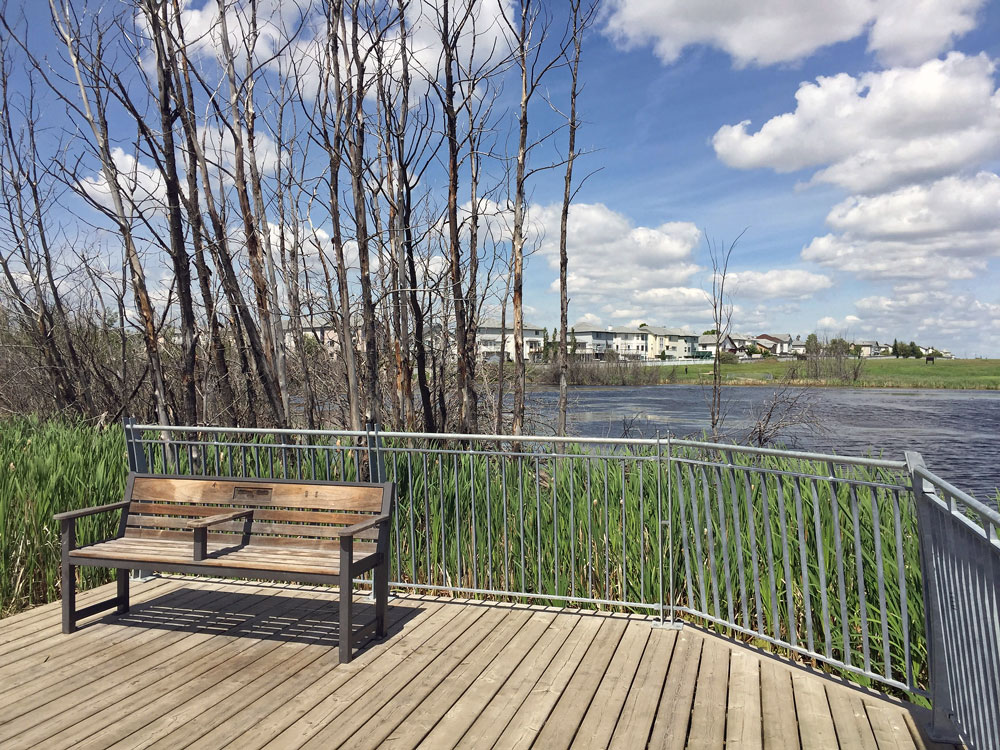 The paved pathway takes you through a wooded area and you’ll come to a boardwalk with benches – there are two viewing platforms in this wetland. Take a break here to enjoy the view of the wetlands and to try and spot any wildlife. There is a lot of signage around here that offers information on the Rotary/Mattamy Greenway and the role of wetlands in the ecoysystem. 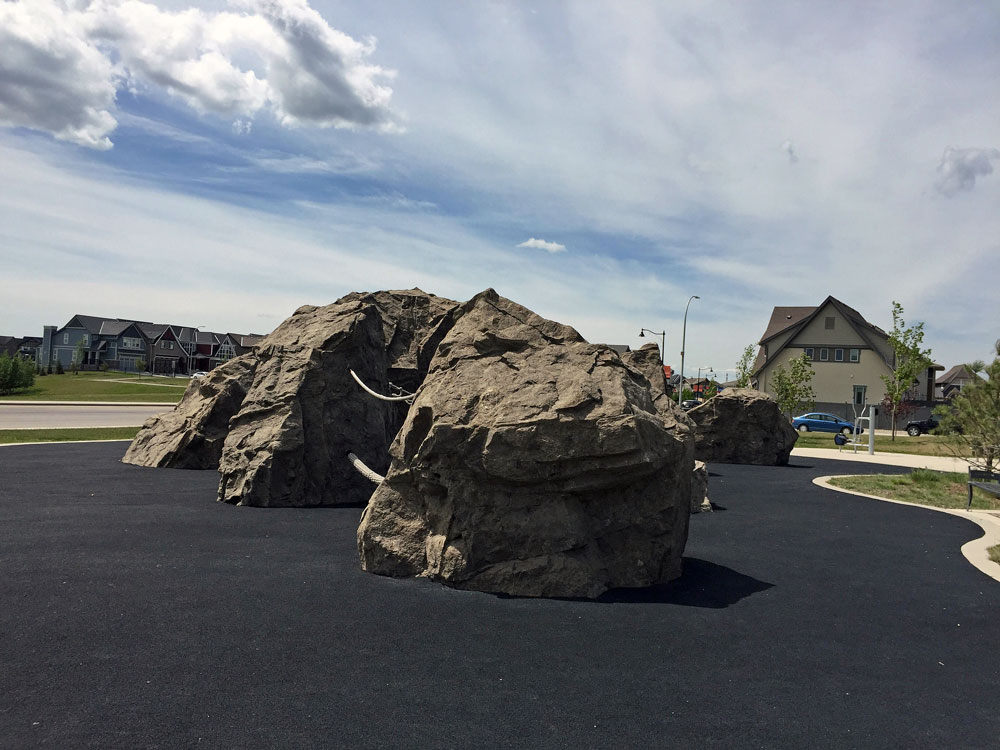 If you’re hunting for the TransCanada Outdoor Fitness Park, know that Mahogany residents simply refer to it as “the rock park.” It’s designed to be an adult fitness park with boulders for climbing and ropes for balancing, but kids can enjoy the facility too. Right across the road from the fitness park are the Mahogany Wetlands, a 74-acre naturalized area with 22 kilometres of pathway, seating areas and viewpoints.

If you’re unfamiliar with Calgary’s southeast, this pathway is a good way to explore some of the area. Start and end at the Cranston Market (356 Cranston Rd. S.E.) and take the Rotary/Mattamy Greenway north. You’ll reach the Rotary Nature Park (northwest of Cranston) and you can continue north into McKenzie Lake for a bit of a longer ride. 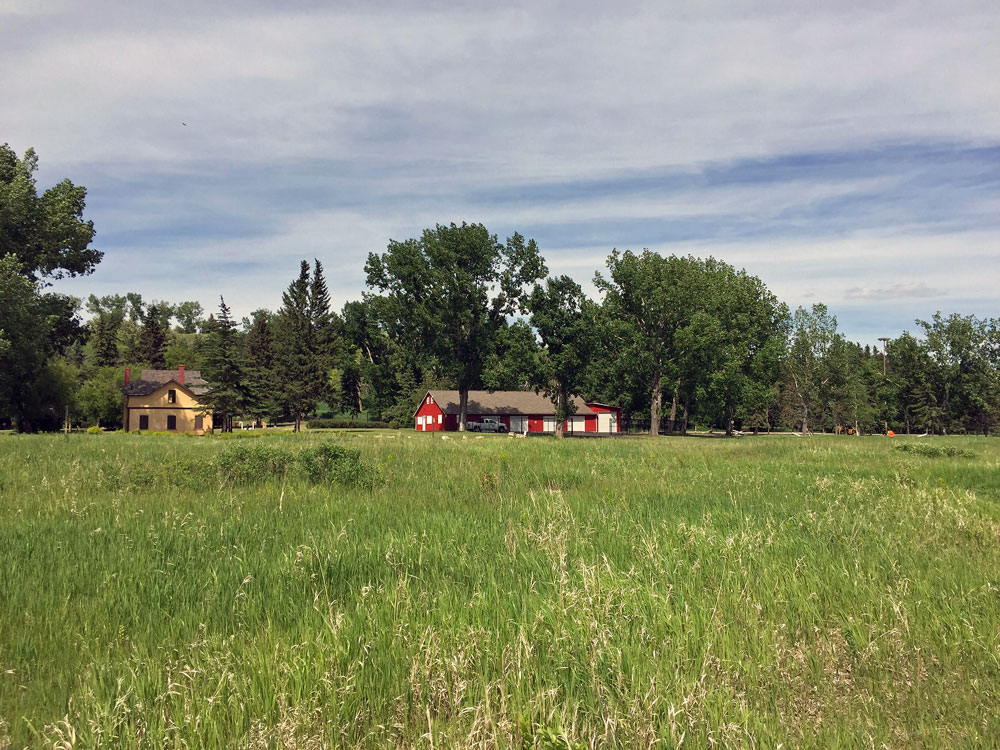 The Rotary/Mattamy Greenway goes right through Fish Creek Provincial Park. If you’re planning to cycle the entirety of the park, know that it’s almost 20 kilometres of pathway to go one way. Make plans to stop and swim at the Sikome Aquatic Faciility near the end of the ride to cool down. 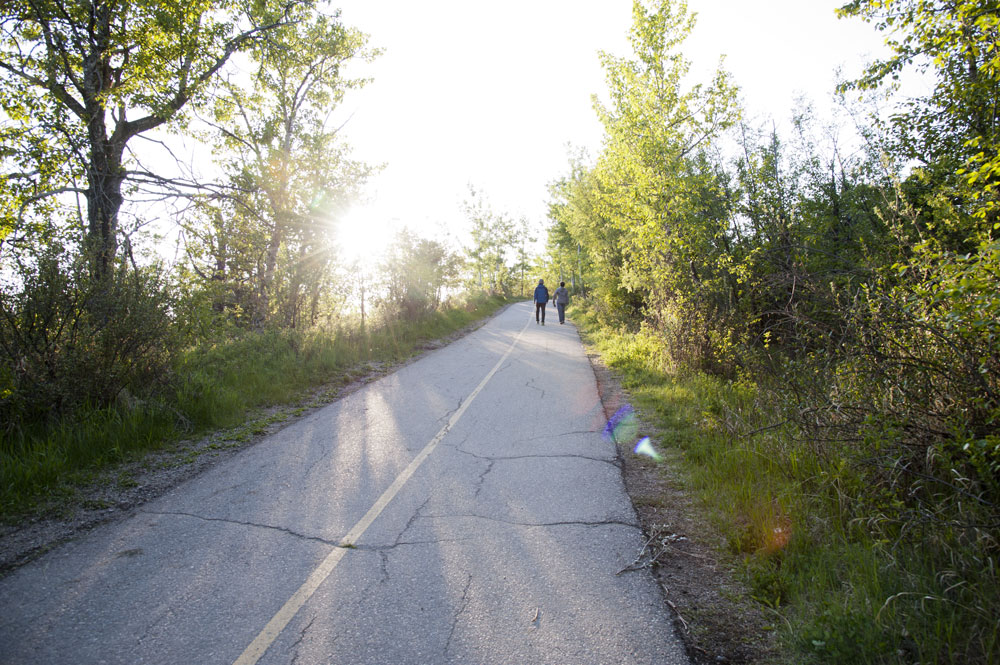 Neighbourhood: Between Lakeview and Oakridge

This 237-hectare park between South Glenmore Park and North Glenmore Park is a great destination if you want to feel as though you’ve escaped the city for a little while. As you wander the pathway through Weaselhead Flats, you might see different birds like herons, chickadees and hummingbirds. If you’re walking, know that it will take you up to an hour to wander the full area.

This is north of the Signal Hill Shopping Centre and relatively close to Battalion Park. Make a trip along the pathway to the Progress Energy Memorial Garden to see a garden full of poppies planted by thousands of volunteers. The garden also has painted panels showing a First World War army regiment. No playground here – this garden is for reflection. 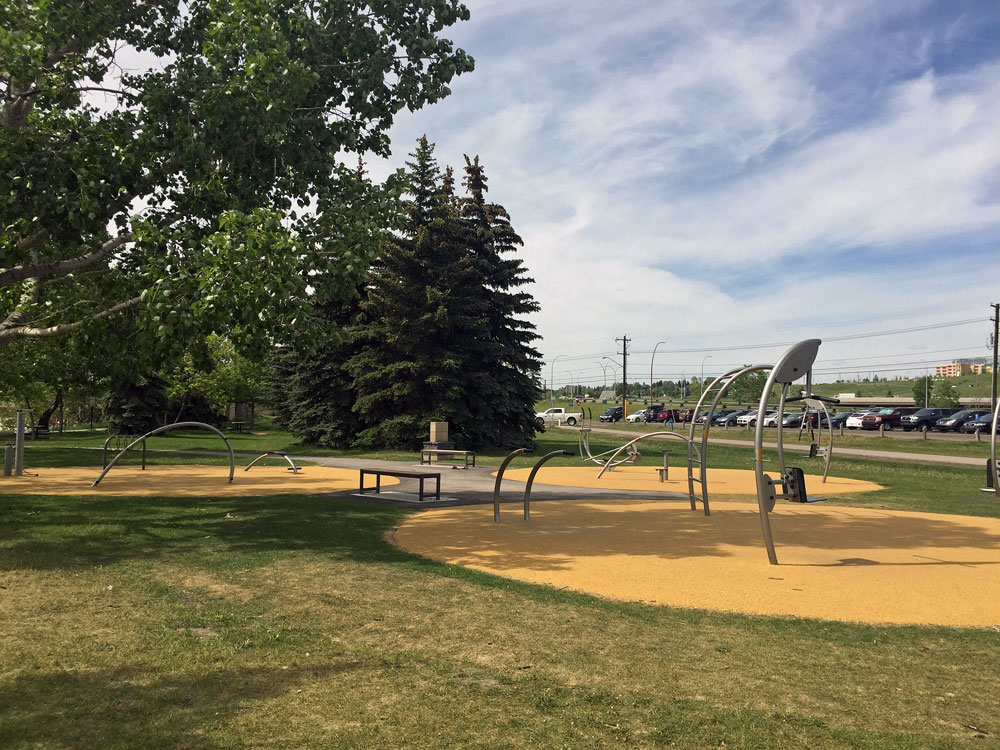 You’ll find this new fitness park right by Angel’s Caf and across the bridge from Edworthy Park. It’s a nine-piece fitness park with equipment that will work your full body. (That is, if you aren’t already tired from riding or walking here and you use all nine pieces of equipment.) If you biked here, know that there’s also a bike fix-it station, with supplies like bike pumps and Allen key sets. 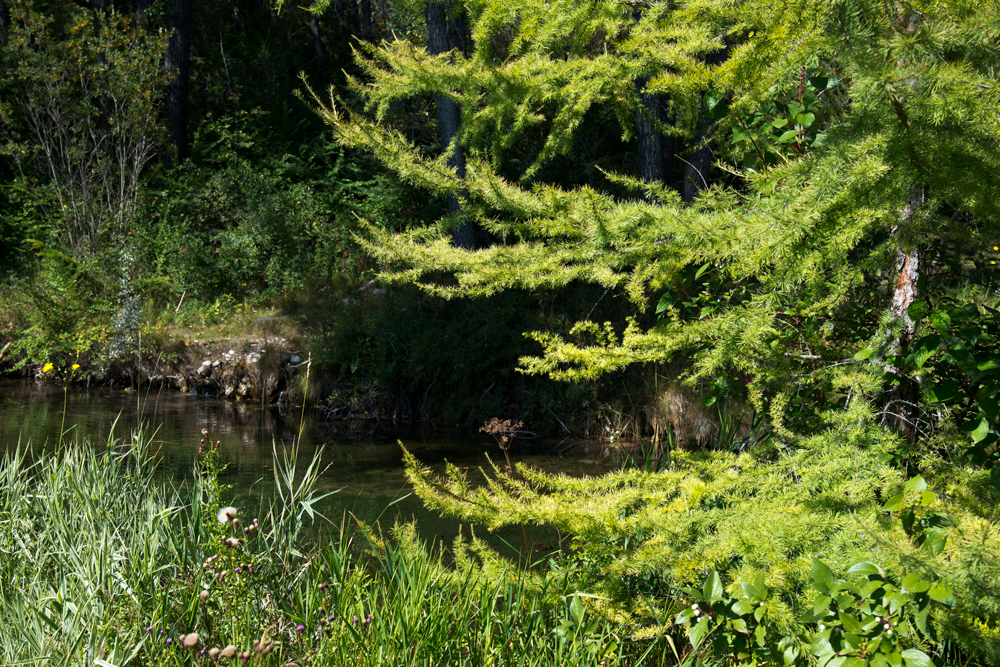 The 164-acre Bowmont Park is another spot for the nature-lovers. It’s hilly through here, but it’s worth the work for the views of the Bow, the skyline and COP. Depending on what kind of bike you’re riding, you might even want to head off the pathway for a little bit to explore the trails in this park.