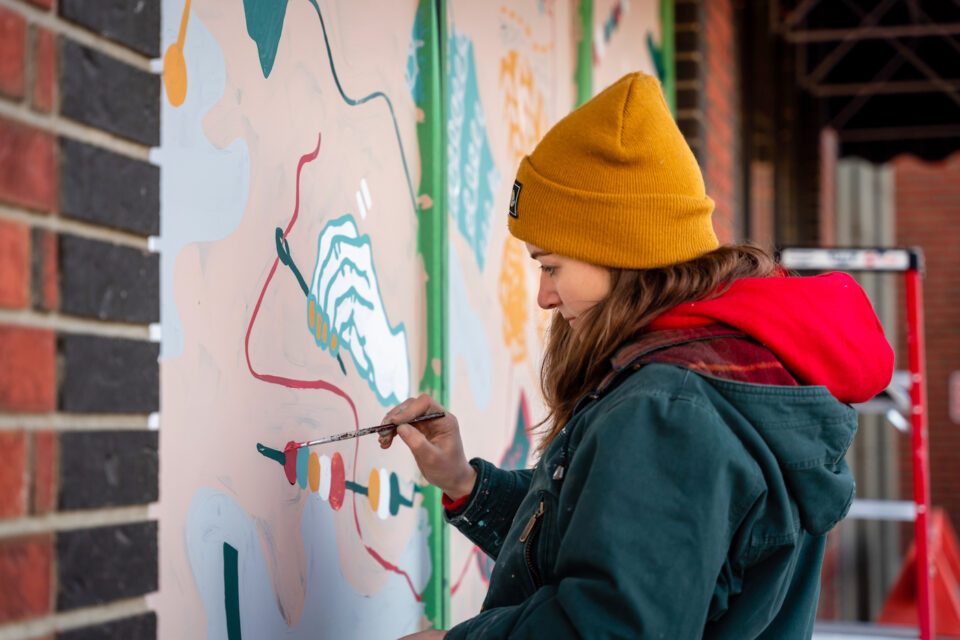 High Performance Rodeo, the international arts festival that normally takes over Calgary for three weeks each January, is celebrating its 35th anniversary with a virtual celebration until February 14. Each day, a new video will be revealed on Instagram and Facebook featuring a different performing artist’s interpretation of the question, “Who are you now?” Catch the videos on HPR’s social media channels each day or watch them here.

Most of us don’t need an excuse to enjoy a delicious cup of hot chocolate, but February is always a particularly good month to do so in Calgary. That’s because YYC Hot Chocolate Fest, which encourages local restaurants and coffee shops to come up with unique hot chocolate drinks in support of Calgary Meals on Wheels, runs for the entire month. Order as many of the 2021 drinks for takeout as you can.

Tune in for virtual events on anti-racism, Black literature, art and more during Black History Month

When: Multiple dates from February 1 to 28

The University of Calgary is hosting several free, online events throughout Black History Month. There are talks on subjects like being actively anti-racist and Black literature, a film screening of John Ware Reclaimed (featuring an intro from playwright, author and filmmaker Cheryl Foggo), an event with artist Simone Saunders, a webinar on Black Canadians’ mental health and more. You can register for most of the events online in advance.

Order a burger from a new pop-up by chef Pigot

Chef Mike Pigot kicked the year off right by launching his new burger pop-up called Pigot’s Burger Club. The menu features five mouthwatering burgers (we like the looks of the bacon cheeseburger pictured above) as well as sides like dirty tots (think tator tots with cheese, sauce and veggies) and kale Caesar salad. Delivery and pickup is available.

Back for its 17th year, the annual Exposure Photography Festival has an impressive line-up of exhibits in store for audiences this month. This year’s festival features a mix of shows you can see online, outdoors and indoors (if restrictions permit).

Read more: 9 Things to Check out at Exposure Photography Festival

Get poutine delivered to your door during La Poutine Week

Calling all poutine fans! La Poutine Week is back this month and a dozen Calgary restaurants and breweries will be offering some awesome takes on this popular dish. You can order smoked beef brisket poutine from Paddy’s Barbecue & Brewery, popcorn chicken poutine from Leopold’s Tavern, smoked meat poutine from Grumans Delicatessen and more. The poutines are delivered through Skip the Dishes.

Go for a walk to see augmented reality art in Inglewood

This month, go for a walk through Inglewood to take in the Northern Reflections exhibition. Artistic teams worked together to create colourful art on the windows of 11 local businesses, which can be turned into interactive augmented reality experiences with music through the Augle app. A full list of mural locations is available online or you can follow this handy map.

There’s nothing like a battle of Alberta to get the blood pumping. The Calgary Flames will take on the Edmonton Oilers for the first time this season on February 6 (and again on February 19 and 20), so order some takeout and cheer for your favourite players on TV from the comfort of your couch.

The National Geographic Live series, which is normally held at Arts Commons, is going virtual for the next five months and Calgarians can catch the first of these presentations on February 8. The free, live-streamed event features photographers Anand Varma and Prasenjeet Vadav, who will share about the relationship between photography and science. Online registration is required.

Have fun at a new winter festival called Chinook Blast

Chinook Blast is a new free winter festival running over three weekends this month. While the full list of activities hasn’t been released yet, you can expect “outdoor art, light, and cultural displays” set up in downtown Calgary, East Village and other nearby areas.

Get ready to celebrate the Lunar New Year

Watch dance performances and a script reading during UNGANISHA

For its 2021 UNGANISHA performing arts event, Woezo Africa Music & Dance Theatre is hosting a two-part virtual presentation that looks back at its inaugural UNGANISHA event in 2018. A celebration and examination of how African culture has shaped contemporary dance, UNGANISHA uses local talent to explore the stories behind dance styles like samba, Afro-Caribbean, hip-hop, jazz, capoeira and more. And on February 27, don’t miss the virtual script reading of a story called Maybe, which portrays a married couple dealing with a miscarriage and their relationship.

Go for a skate on two new skating trails

You may have tried some of Calgary’s outdoor skating rinks before, but have you checked out its new ice trails yet? Skaters can now go for a spin on a new 1.6 km ice trail at Bowness Park and a new 730-metre ice trail at North Glenmore Park. Remember to follow current safety guidelines and stay at least two metres away from those outside your household.

This Valentine’s Day, treat your partner to a digital opera concert and brunch with the Calgary Opera. Tune into the pre-recorded opera before or after the delivery of your brunch from Devour Catering. Tickets are $15 per household for just the concert, or $59 per person for the concert and brunch.

Watch a colony of king penguins waddle around the Calgary Zoo

Antoinette, Napoleon, Diana, Louis, Boudicca — these are just a few of the adorable king penguins you could see waddling through the Calgary Zoo during this year’s Penguin Walk. Every winter starting in January, the zoo’s king penguin colony go on a daily morning walk around the grounds that the public can watch (weather dependent). Timed tickets, mandatory masks and stationary viewing are some of the measures that make the event still possible this year. The walks start at the Penguin Plunge at 10 a.m., so don’t miss your chance to see these awesome animals outside of their usual habitat.

Support local by shopping from some of the nearly 100 vendors participating in Little Modern Market’s virtual winter market. There are businesses offering jewellery, art, food and drink products, clothing and more. Plus, you can get some serious deals thanks to the discounts vendors are offering.

13 Best Things to Do in Calgary This April