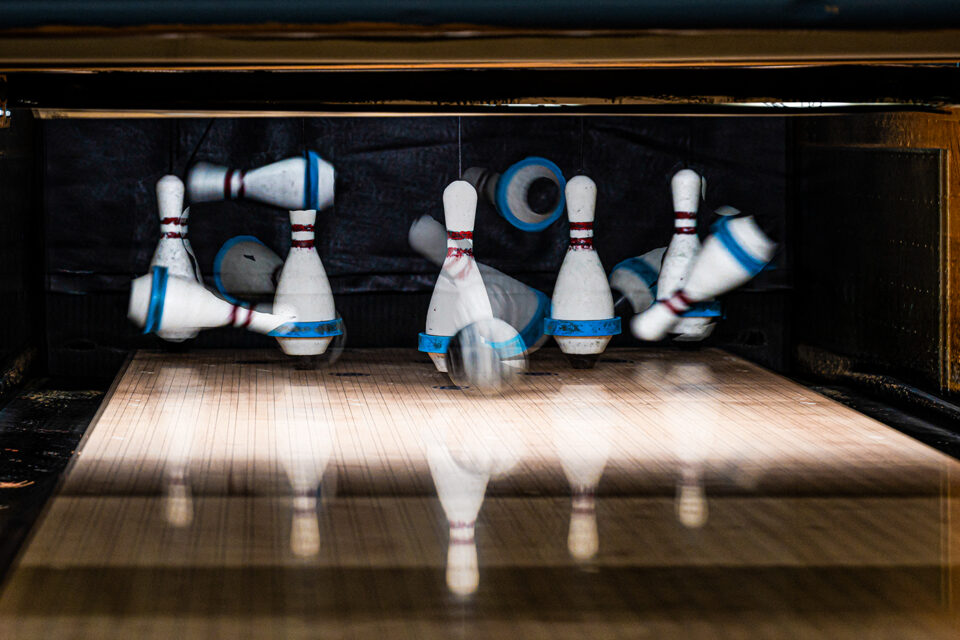 If it feels like bowling’s been around forever, well, that’s because it has: Variations of the game can be traced back to Egypt circa 5,000 BC. The 10-pin version was developed in the U.S. in the 19th century, while Canada lays claim to creating five-pin bowling in 1908 (or 1909). A timeless activity, bowling oozes retro vibes, complete with the fun shoes, checkerboard floors and that satisfying sound that accompanies a strike.

Bowling experienced a significant heyday in the 1950s and ’60s, thanks to the invention of the automatic pinsetter. Some legendary Calgary bowling alleys opened during this era, including Mountain View Bowling (1958), Chinook Bowladrome (1960), Toppler Bowl (1962) and Paradise Lanes (late ’60s).

Stacey Sanderson, one of the proprietors of still-operational Toppler Bowl in Fairview, chalks up bowling’s enduring nature to consistency. “Bowling really hasn’t changed much in the past century,” Sanderson says. “We have graduated from pinsetter boys to using all-mechanical machines, and have moved from hand scorekeeping to computerized scoring, but, overall, it’s the same sport it was 100-plus years ago.”

That doesn’t mean there haven’t been new bowling establishments popping up. Calgary and surrounding areas have welcomed a few bar/bowling alley hybrids in recent years, first with The National on 10th, and, just this past spring, The Banquet in the University District, which features four duckpin bowling lanes. There’s also High Rollers in Banff, where you can topple pins on one of six lanes while eating pizza and sipping pints.

“Bowling has started to trend again and is fairly prevalent with the younger generation,” says Dave Kist, owner of Mountain View Bowling in Glamorgan. “The social aspect is what makes it so popular. And the music and disco lights make for a fun atmosphere in which to relax and have a good time.”