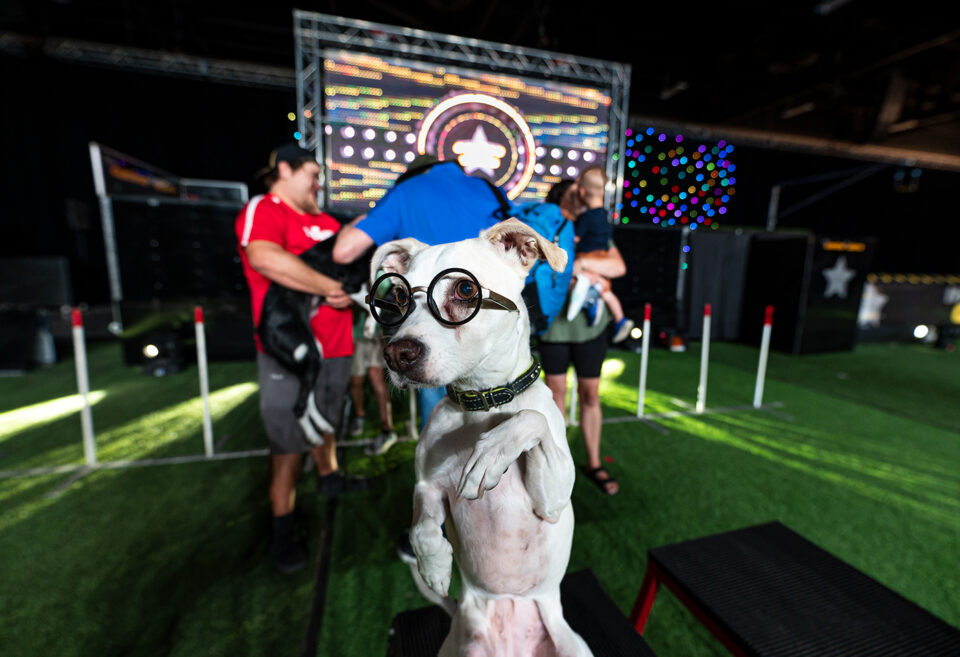 Opal (aka BowWowie Mandel, a nod to America's Got Talent judge Howie Mandel) is one of the many dogs performing in the Dog Bowl. Photograph by Chris Landry.

The Dog Bowl is an annual spectacle that is a favourite of many Calgary Stampede-goers, and for good reason. What more can you ask for than adorable canines flying around, zipping in and out of obstacles, and just being all-around good boys?

The performers, known as the Canine Stars, were even featured on America’s Got Talent, and they certainly have talent in spades. These dogs — many of whom are rescues — race, catch frisbees, dance and dock-dive into a ball pit as part of the show.

Here’s a Peek Inside the Dog Bowl