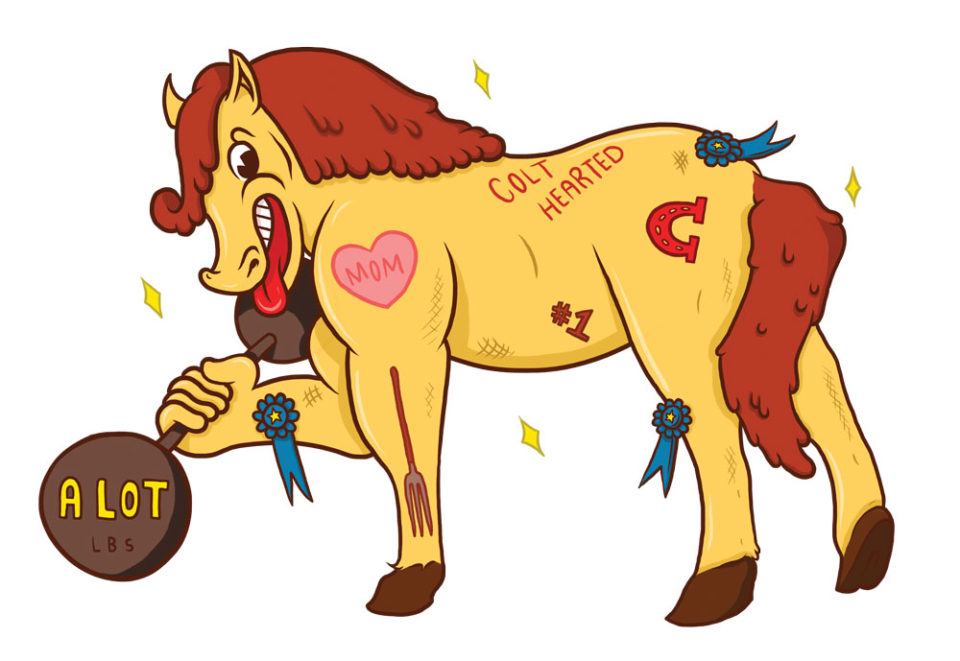 One and only one, species of livestock has shown at every agricultural fair held in Calgary – including the Stampede, the Calgary Industrial Exhibition, the Spring Fair and their predecessors – since 1886: the draft horse.

That’s how long draft horses have been shown annually on the Stampede Grounds.

The breakdown of the draft-horse breeds shown at the Stampede is:

35% Percherons (which, along with Belgian-Percheron crossbreeds, dominate the Heavy Horse Pulling competition)

(About six feet) is the height of the average draft horse at the withers (shoulder). A hand is four inches and horses are measured in hands.

Is the average weight of a draft horse. Clydesdales are generally the lightest of the four breeds, while Belgians and Shires are the heaviest, but weight ranges can vary substantially across all breeds. The horses working in Draft Horse Town at the Stampede are generally 200 to 400 lbs. lighter. Still another breed, the Norwegian Fjord, is one of the smallest draft horses at 900 to 1,200 lbs.

That’s when draft horses begin their training as work animals, but they don’t start heavy work until they’re four.

The heaviest dead weight pulled over a distance of seven feet in a record set in September 2014 by two Belgians weighing 4,800 lbs., together. While a single draft horse can pull three times its own body weight, a team working together can pull more than three times what each of them could pull working alone.

Amount of hay a day are consumed by a draft horse, but size, age and activity level determine how much the horse may need.

50 pounds of manure a day

The amount the average draft horse produces. At four times a day, they are very regular with all that fibre in their diet. Interesting note: manure used as fertilizer collected from horses worked daily yields mushrooms of the highest grade, whereas manure from horses that are relatively inactive produces mushrooms of lower grade.

This is considered old for a working horse but some draft horses can live to be 28 to 30. Most probably live to about 15. Genetics and quality of care are important factors in a horse’s longevity. Generally, a working horse on a farm will outlive a working horse in the city.

How often a draft horse is groomed to keep their coat clean and shiny if they are being worked daily.