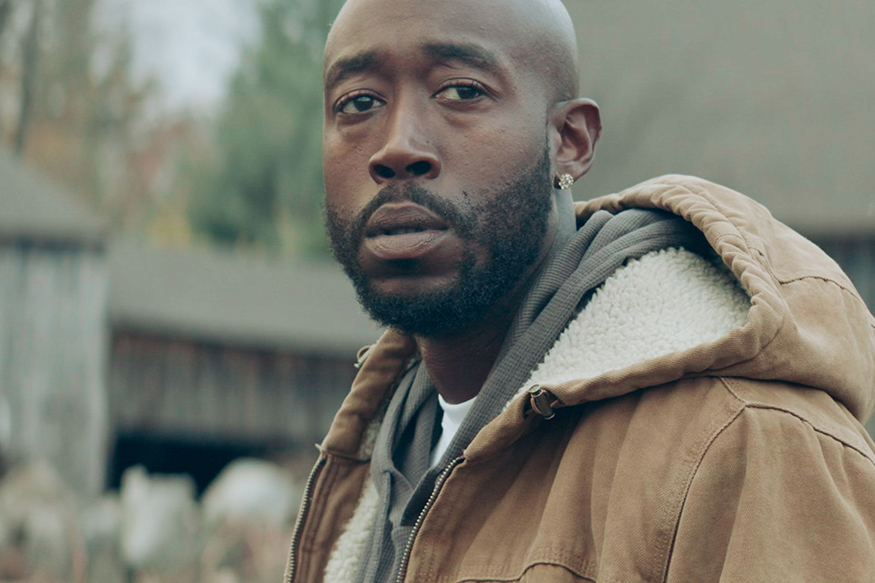 Freddie Gibbs as Money Merc in Down with the King. Photograph courtesy of Calgary Underground Film Festival.

After two years of online-only festivals, the 19th annual Calgary Underground Film Festival (CUFF) is back with a hybrid format of in-person and online events. Live screenings and events like the opening night party, filmmaker Q&As or the 48-hour filmmaking challenge are happening at the Globe Cinema from April 21 to 28, while online viewing of select films will be available from April 29 to May 1.

CUFF was recently recognized on MovieMaker Magazine’s lists of 50 Film Festivals Worth the Entry Fee 2021 and World’s 50 Best Genre Festivals 2021. So, it’s no surprise that the line-up below is stacked with genres ranging from sci-fi, to documentaries, to thrillers, as well as local stories. Details on how to attend CUFF screenings and events, including ticket purchases, can be found online.

When Sarah, played by Karen Gillan (Jumanji: Welcome to the Jungle), receives a terminal diagnosis, she opts-in to a standard cloning procedure so that her clone can take over her life when she passes. But then Sarah is miraculously cured and finds out she must duel her clone to the death to decide who gets to remain alive. CUFF alumnus Riley Stearns (The Art of Self-Defense) directs this satirical, sci-fi thriller that was an official selection at Sundance 2022 and Florida Film Festival 2022. Tickets to Dual include entrance to the opening night party which includes drinks, food and a live DJ set by Adam Kamis from CJSW 90.9 FM.

Down with the King

Real life rapper Freddie Gibbs, whose album Alfredo was nominated for a Grammy in 2020, continues on an upward career trajectory with his acting debut as Money Merc, a famous rapper disillusioned with all the trappings of celebrity. After Merc is forced by his producer to leave New York for a rural farmhouse in Massachusetts to focus on his new album, he abruptly quits the industry via a Tweet and finds himself at a fork in his road between continuing a glamorous career or pursuing farming life.

Director Michel Franco and actor Tim Roth (Chronic) team up again as director and lead actor in this suspenseful, feature-length film about the tensions that threaten to erupt in a wealthy, British family on vacation in Acapulco, Mexico when a distant emergency cuts their trip short and disrupts their family order. Sundown was the official selection at Cannes 2021, Toronto International Film Festival 2021 and Venice Film Festival 2021.

Scream queen Maika Monroe (It Follows) returns to CUFF in this stylish, neo-noir thriller as Julia, a woman who joins her husband in his native country Romania for his new job. Spending most of her time alone, Julia starts to feel like someone is watching and following her every move, while at the same time, a serial killer known as The Spider stalks the city.

Director Nyla Innuksuk puts a fun twist on the quintessential summer-break storyline with her feature film debut about a group of Inuit girls who fight against an alien invasion in order to make it to the coolest party in their remote town of Pangnirtung, Nunavut. Slash/Back will be screened alongside a short film, Dear Friend, directed by Top 40 Alumnus Trevor Solway and will also be available to stream on-demand from April 29 to May 1.

From local director Garry Snow comes the unlikely story of the world’s largest game store, The Sentry Box. Snow takes audiences inside the history of the Sentry Box to explore how its welcoming community and inclusive atmosphere have allowed this Calgary institution to grow and thrive for more than four decades into the largest games store in the world. A live Q&A with director Garry Snow and Gordon Johansen will follow the screening. Friendly Local Game Store will also be available to stream on-demand from April 29 to May 1.