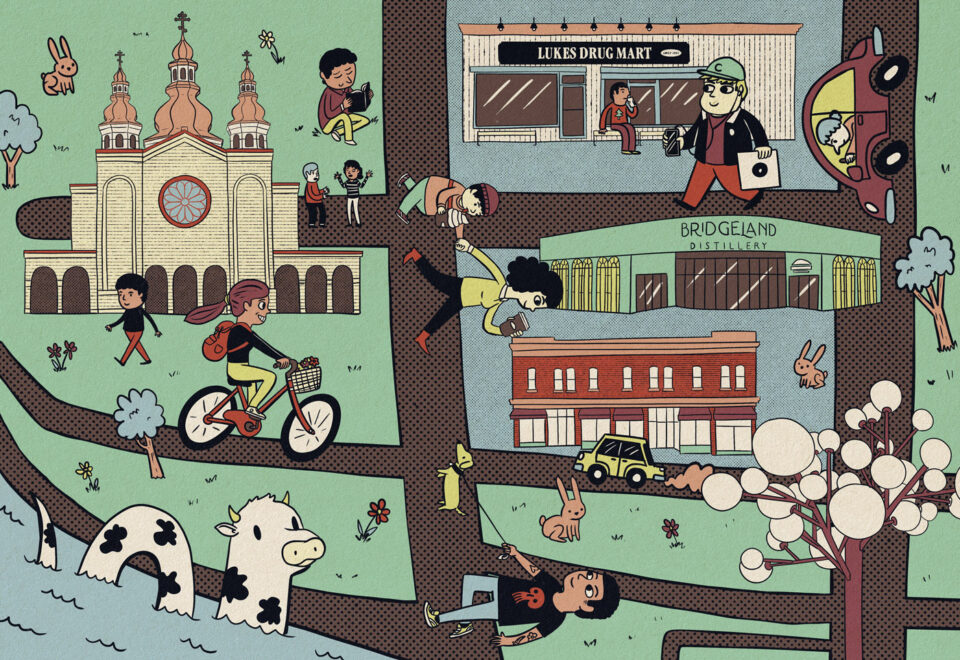 Designated a sobor in 2018 — an elevated status akin to that of a cathedral — this stately institution serves as a hub for the Ukrainian community in Calgary. The building incorporates a museum housing artifacts of the first, second and third waves of Ukrainian immigrants, and a gift shop selling, among other things, pysanky and pysanky supplies.

Run by third-generation owner Gareth Lukes, this cornerstone business is more than just a place to fill prescriptions. There are grocery staples in the basement, while the main level has a coffee bar where you can get barista drinks and artisan soft-serve. You’ll also find magazines (good ones), houseplants, niche-brand grooming products and a more-than-decent selection of vinyl.

Opened in 2019 in the former Eisenbergs’ Fine Furniture store, this craft distillery and tasting room has won multiple awards for its proudly local spirits. The roster includes Glenbow Whisky, a single malt using barley sourced from a single field within a single Alberta farm, malted by Penhold-based Red Shed Malting. The distillery also makes an amaro named after the iconic Spolumbo’s deli.

Dating back to 1910, this Edwardian-style building was originally named The Poffenroth Block after builder Henry Poffenroth. The building was purchased by the de Waal family in the late 1920s, and underwent a full restoration between 2000 and 2009, earning a Heritage Calgary Award for restoration. Current tenants include Jin Bar restaurant and the Calgary Musicians Association.

Local specialty fabricators heavy made this whimsical public art installation of two tree forms adorned with lit-from-within spheres. Commissioned by Parks Foundation Calgary, the trees anchor the southwest corner of Flyover Park, a project that reclaimed a formerly dismal space underneath the imposing structure that funnels vehicles into downtown.