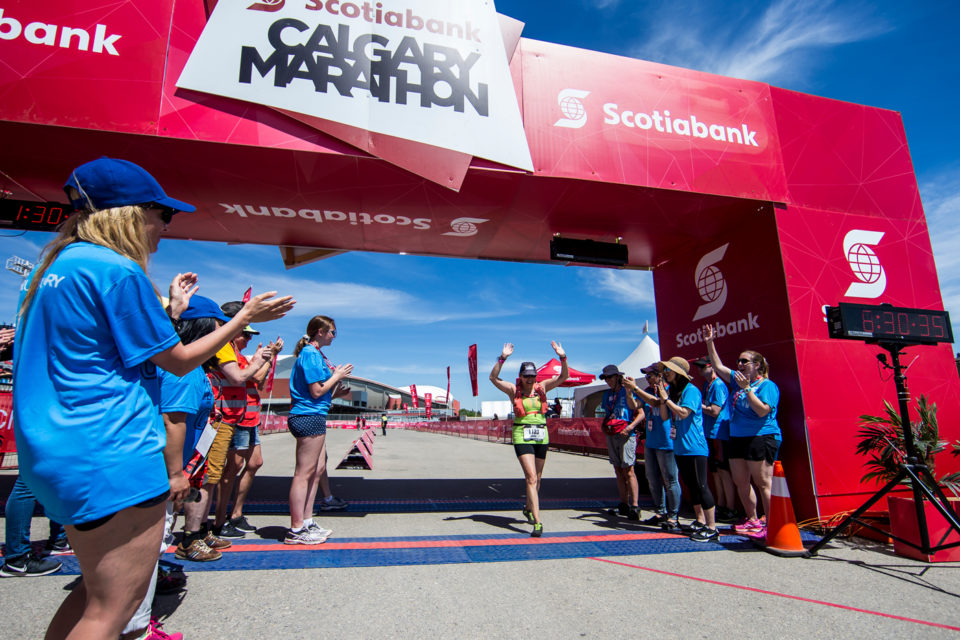 The finish line of the 2018 Scotiabank Calgary Marathon. Photograph courtesy of Run Calgary.

Run Calgary‘s annual race series has moved to a virtual format for the 2020 season and registration is now open for the first two races.

The virtual running festival gives participants the opportunity to put their dedicated training to work despite the social distancing measures currently in place due to the pandemic. It allows runners to run the distance of its races outside or on a treadmill, then record their results at any time within the designated run window via the app and website called RunKeeper.

The race season spans from May to December with six different races. The Scotiabank Calgary Marathon is up first from May 31 to September 27. Participants will still receive swag items like race shirts, finisher medals, a commemorative virtual race bib and more.

The second race of the season is the Flapjack 15 which takes place from July 3 to 12 (the dates originally scheduled for the Stampede). Registration is now open for the western-themed run, which supports Brown Bagging for Calgary’s Kids.

The final four events of the season include Beat Beethoven (with an eight km run and four km walk), The Wild Run (with a 10 mile solo event and a team relay event), Dash of Doom (featuring one, five and 10 km events) and the 12K’s of Christmas.

In total, the Run Calgary race season supports 81 different charities and its reimagined approach to the season allows them to continue to support the community during COVID-19.

Visit runyyc.ca for more information on the races, registration dates, processes and more.