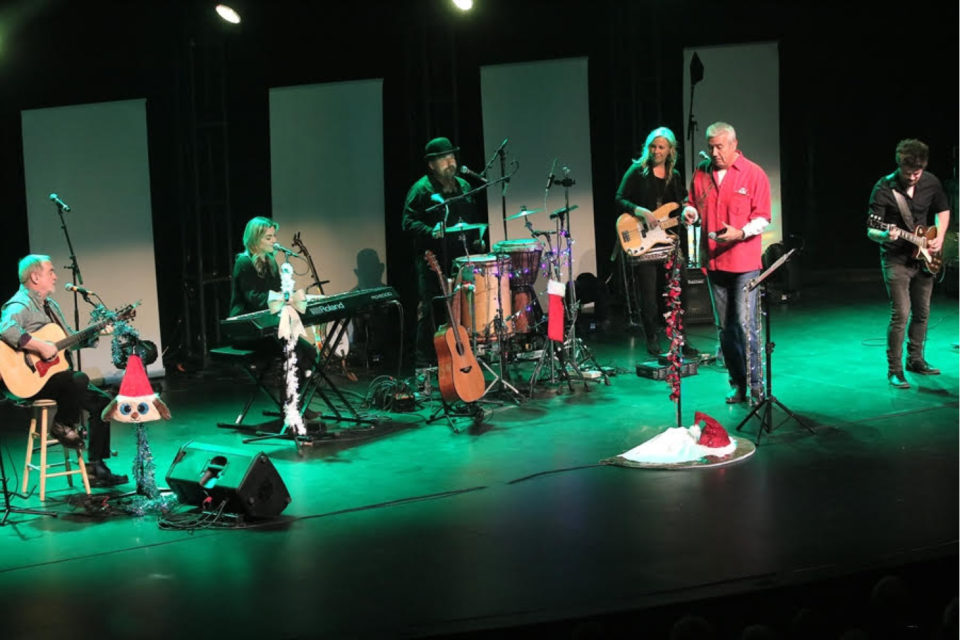 Photograph courtesy of the Huron Carole.

Actor, musician, producer and activist Tom Jackson’s career spans more than 40 years and includes well-known roles on shows like North of 60 and Shining Time Station. Now in his 70s, Jackson considers himself “kind of” retired, but you wouldn’t know it from all the projects he’s working on. “Now that I’m retired, I’ve got to do things!” he says.

One of Jackson’s most well-known and long-lived endeavours is the Huron Carole, an annual holiday concert series that tours the country raising funds for local food banks and family service agencies. Jackson started the Huron Carole in 1987, when he learned that the Toronto Council Fire Native Cultural Centre, an organization he was volunteering with at the time, was worried it wouldn’t have enough food for its Christmas food bank distribution. That year Jackson and a number of his friends put on a concert to raise funds for Council Fire. The ensuing media attention created a significant increase in donations, and since then, with only one break over the production’s entire history, the Huron Carole has been a mainstay of the Canadian holiday season, raising funds for those in need.

This year, the majority of the artists in the performances will be new, evidence of Jackson’s desire to keep the Carole fresh and ever-changing, though the biggest change is still in the works. “The Huron Carole needs to go beyond Tom Jackson,” he says. “If I get hit by a bus, it has to carry on. That model, that spirit, has to be so strong and ingrained in the project itself, that it will have its own life.”

Now based in Calgary, Jackson’s other projects include working as part of the Downtown Outreach Addictions Partnership (DOAP) team, an Alpha House initiative that connects people in need with resources to help them. (The DOAP team will be the beneficiary of funds raised by this year’s Carole concert.) He’s also working on an app with a similar purpose, as well as writing a treatment for a TV series involving elements of Haida Gwaii lore and real incidents involving vulnerable populations.

The common thread between his projects is saving lives. “I find when you do things for someone else it’s a reward,” says Jackson. “It’s as strong a medicine as any I’ve ever known to make you feel better.”

The Huron Carole is in Calgary Dec. 1 and 3. For tickets, visit huroncarole.ca.