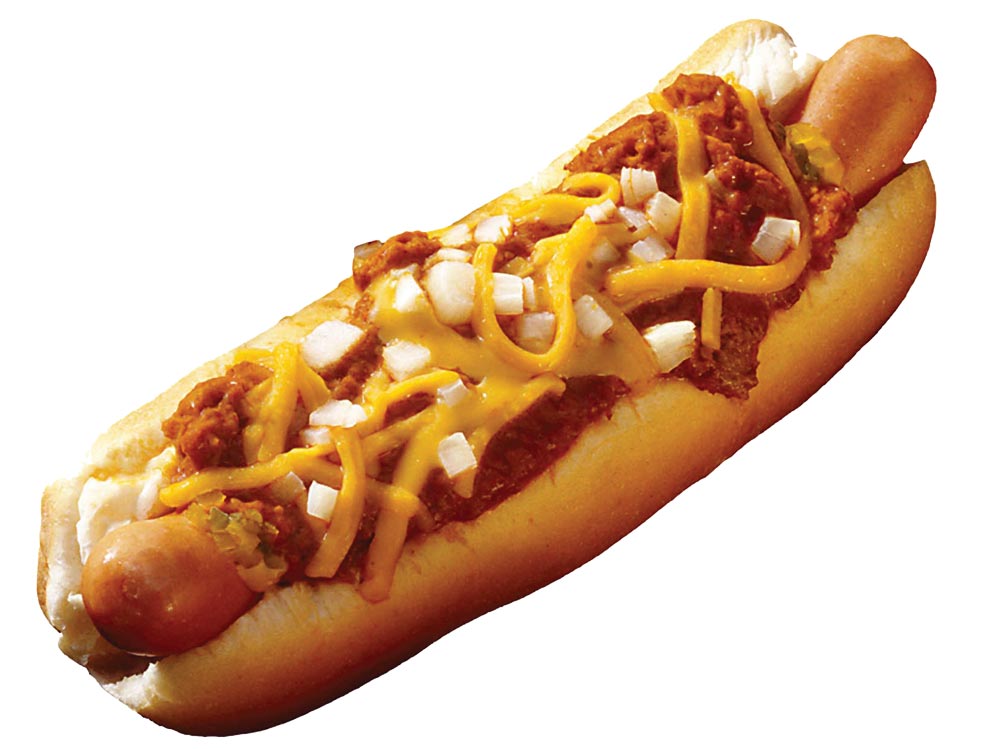 James Radke, Calgary Stampede midway operations manager, has worked at the Greatest Outdoor Show on Earth for 11 years and oversees every element of the midway that welcomed 1.26 million people in 2014. Radke says his job is to “put the puzzle together, from rides, food, tents and even garbage cans.”

He works year-round to make the midway an exciting food destination and deliver what people know and love about Stampede, while also providing a few annual surprises. Many know Stampede for its deep-fried delicacies, crazy concoctions and thirst-quenchers. But, over the last few years, Stampede has upped its culinary game.

The Best New Stampede Midway Food contest was launched several years ago to respond to the explosion of the “foodie culture” trend that brought more refined palates and higher expectations to the traditional midway. From bacon-wrapped pork belly to gourmet poutine and craft beers on tap, the Calgary Stampede has embraced a lot of new ideas, while serving traditional favourites like mini-doughnuts and corn dogs.

Radke, whose favourite food is classic bratwurst on a bun, works closely with food vendors from across North America to deliver fresh ideas – and the weird and wacky.

“We challenge the food vendors every year to turn their staple offering on its head,” he says. “Some of it goes away after a year or two, like deep-fried Coke, but then there is a new food like deep-fried Oreos that have become a new traditional food for Stampede.”

This year, Stampede received more than 250 food-vendor submissions for the 150 spots available. These mostly family-run businesses come from all over North America. Stampede is introducing 25 new food vendors to the midway who will be bringing everything from smoked meat and fresh juice served in whole pineapples, to monster ice cream cones.

Hidden gems on the grounds

Whether to hide from the blistering sun or shelter from a summer shower, here are a few secret spots on the grounds where you can recharge.

Located in the basement of the Big Four building, this air-conditioned food market has something for everyone, with food from local spots like Aejo.

Tired of the beer tubs? Check out this craft beer market, also in the basement of the Big Four building, to sample craft beers.

The midway can sometimes be overwhelming. Rest your senses at this calm Stampede oasis in the BMO Centre. Enjoy a wine tasting and visit the Western art galleries.

The “B” stands for barbecue, bulls and beer! It’s the largest outdoor patio on the grounds, and it quickly became a visitor favourite after opening last year. Guests can ride a mechanical bull, enjoy some tasty barbecue and kick up their heels on the dance floor.

Corn dog fatigue? Try these midway favourites that deliver big taste, without all the deep-frying.

This is not your normal chicken wrap. The Thai noodle wrap was voted best new midway food in 2014. This food truck also offers lots of gluten-free and vegetarian options.

Bold flavours and Asian fusion make for a food truck that is truly unique on the midway. The Indo-tater tots are a must-try.

Munch on delicious kettle corn as you take in the midway while satisfying your craving for something sweet but light.

A little bit of shame eating never hurt anyone, but maybe bring a friend or two to help share the caloric load of these perpetual favourites.

This classic should always be battered and fried fresh before your eyes.

Messy, sugary goodness. Best to share with friends as the sight of the bag becoming translucent can be a bit much for a solo session.

Here’s a different way to take your fried dough. Purists will have powdered sugar, but you can also top it with chocolate and fresh fruit.

Whether a bag or bucket, these are a summer fair staple. Layers of cinnamon sugar over warm dough create Stampede’s ultimate comfort food.