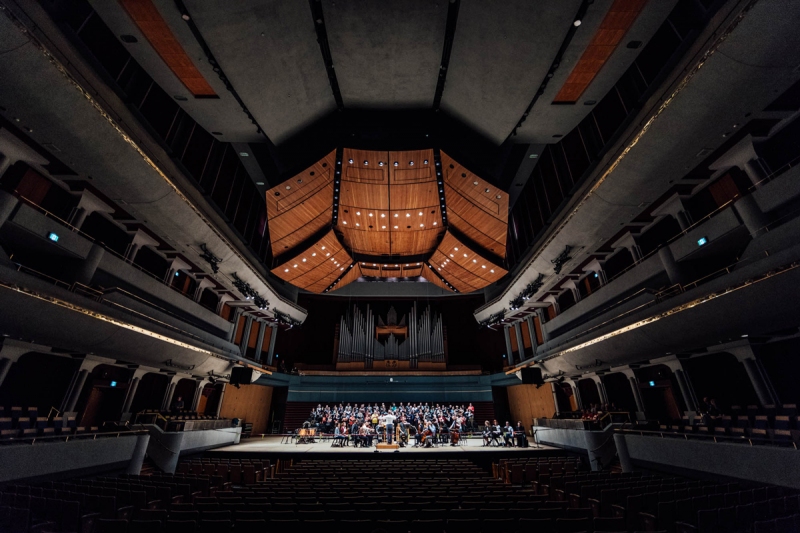 This multi-venue arts centre along the southern edge of Olympic Plaza is home to six performance spaces, from the Jack Singer Concert Hall, Max Bell Theatre and Martha Cohen Theatre, to the smaller Big Secret Theatre, Engineered Air Theatre and Motel. The Jack Singer seats 1,197 and is the home of the Calgary Philharmonic Orchestra. It also hosts contemporary music concerts, awards shows and events such as the National Geographic Live! series. The Martha Cohen Theatre is the only courtyard-shaped Georgian-style theatre in Calgary, meaning audiences are never far from the stage despite a seating capacity of more than 400, while the 190-seat Big Secret Theatre is home of experimental performance troupe One Yellow Rabbit. Arts Commons has its own underground parking with access from northbound Macleod Trail and the City Hall CTrain station is just two blocks away.

One of two concert venues created to celebrate the Province’s 50th anniversary, the Southern Alberta Jubilee Auditorium (a.k.a. “the Jube”) is one of the largest performing arts facilities in the city at 160,000 sq. ft. The multi-tiered auditorium seats just over 2,700 and hosts productions by Alberta Ballet and Calgary Opera as well as Broadway Across Canada musicals. The Jube has also seen an impressive list of musical acts on its stage, including Johnny Cash, Miles Davis and Queen. Though there are two parking lots on site, the wait times to get in and out of the ACAD parkade on the eve of a big performance will make you wish you had taken the CTrain, whose SAIT/ACAD station drops you right near the main entrance.

When it’s not hosting the greatest outdoor show on earth, the various venues at Stampede Park welcome a cornucopia of performances and events. The most famous venue on the grounds is the Scotiabank Saddledome, where big-name music performers play to crowds of up to 19,000. The Dome’s predecessor, the Stampede Corral, hosts shows with audiences in the 6,000-capacity range, while the smaller Boyce theatre is where you’ll typically see touring comics such as Gabriel Iglesias.