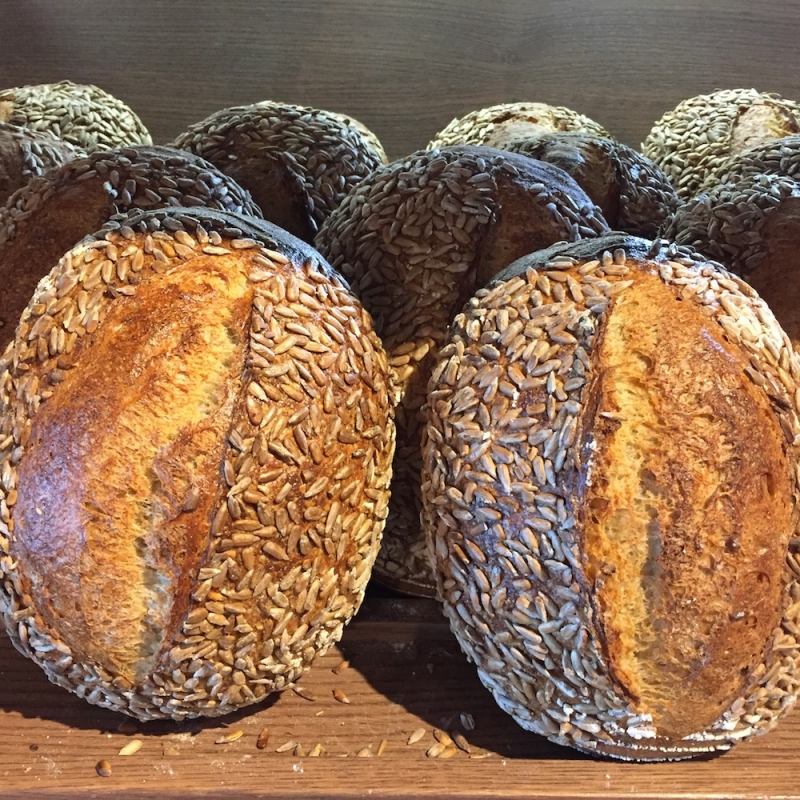 The class in a nutshell: Learn how to make a sourdough starter, the science behind it and how to properly make and bake the bread dough. Plus, you make pizza during the class. Approximately three hours.

When: Usually once a month. The next class, which takes place on April 4, is already sold out.

At Sidewalk Citizen Bakery, you’ll find everything from pastries and cakes to sandwiches and cheese sticks. But its bread and butter, if you will, is its sourdough bread. It was the first product sold by bakery owner Aviv Fried via bicycle before the bakery opened, and remains one of its most popular baked goods today. Thanks to a monthly class led by Fried, both beginner and more experienced bakers can learn how to make it themselves.

The class, which accommodates around a dozen people, takes place over approximately three hours. Fried teaches participants how to make their own sourdough starter, then they learn how to mix, knead, divide and shape dough. At the end of the class, participants take the dough they’ve made home to bake on their own, though Fried puts some pre-prepared dough in the oven in advance so that everyone can see the finished product.

“I always say we do a little bit of Julia Child magic,” Fried says with a laugh.

Fried also gets into the science behind making sourdough bread, which he says helps bakers gain a better understanding of the popular food. Things like the bacteria culture, fermentation and how they related to aspects like kneading, temperature and more are all explained over the class.

“I think the only way to become a good baker is to actually understand what’s going on,” Fried says. “So it’s not really about teaching them a recipe, it’s about trying to explain to them what the process is.”

A self-taught baker who considered a career in finance before discovering his love for baking, Fried says he enjoys how the classes give him the opportunity to further his own understanding of baking through teaching. But more than that, there’s the emotional attachment to bread that Fried sees in many of the bakers.

“[Bread is] one of the foods that a lot of people have memories about, and all of a sudden they feel like, ‘Oh, I used to bake with my mom and now I want to do that.’ That’s really interesting to see, a lot of people bring that into the class,” he says. “So I always try to figure out where they’re from and what kind of tradition of bread they had when they were young.”

And don’t worry if you get hungry – participants also get to make pizza during the class.

For more information and to register for future classes, click here.