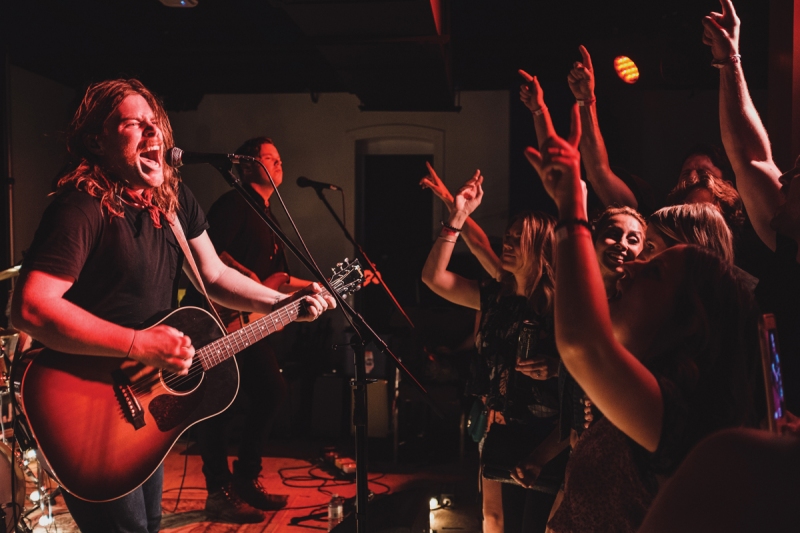 If you’re not the kind of person who’s going to see the latest chart topper at the Saddledome, that doesn’t mean your live music options are up. Au contraire — there are numerous live music venues in Calgary that go beyond the iconic Stampede Park venue, the casinos and the Southern Alberta Jubilee Auditorium.

Here are 16 live music venues to check out whether you like jazz, world music, hip-hop or anything in between. (This round-up doesn’t include restaurants and cafes with live music, though there are plenty of those in Calgary too.)

This multi-venue performing space has six theatres. Most of the live music performances take place in the Jack Singer Concert Hall, which is the largest theatre and seats nearly 1,800. It’s the main performance space for the Calgary Philharmonic Orchestra and it hosts plenty of local and touring musicians. Arts Commons also hosts music series including BD&P World Music, TD Jazz and PCL Blues. Whatever your taste in music, Arts Commons hosts live concerts throughout the year.

This beautiful concert hall is located at Mount Royal University and has state-of-the-art acoustics. The space sits 654 and is part of the Taylor Centre for the Performing Arts, which hosts several concerts throughout the year featuring singer-songwriters, jazz, orchestral music and more.

This Quonset-style building on the eastern end of Inglewood’s 9th Avenue S.E. has blues and roots musicians on stage seven days a week, a mix of locals such as Tim Leacock and visiting bands like Mississippi Heat.

Long a popular spot for indie bands to play, Broken City is where you’ll find the weekly “Rockin’ For Dollars” night, in which local acts take the stage to earn a shot at a cash jackpot. Broken City also hosts weekly comedy nights, DJ sets and trivia nights.

This warehouse-turned-nightclub has two dance floors as well as a back patio and hosts resident and visiting DJs as well as hip-hop artists and other music acts.

Located on the far west end of downtown, this rumpus-room-style pub has rock, punk and metal shows as well as regular DJ nights and there’s a separate area if you want to play pool or darts.

The Calgary Folk Music Festival moved into new headquarters in Inglewood in 2012 — a multi-purpose building with a performance space that is also used for art shows and other events. Musicians such as Martha Wainwright and Tanya Tagaq have played Festival Hall.

Gallery House Concerts is a not-for-profit endeavour. This venue is as intimate as they come — it’s in Jackie Bourgaize and Dale Sorensen’s home. With the help of Chris Gheran and other local artists, the couple hosts live music in their living room. Attendees can bring a drink as well as a shareable plate of food to enjoy at the show.

The Gateway, which is celebrating its 17th birthday this month, has hosted concerts by musical acts like July Talk, Mother Mother, Born Ruffians and more in the past. And even though this venue is at SAIT, it’s not a students-only space.

Co-founded by local DJ/producer duo Smalltown DJs, this dance club opened in 2005 and has since hosted big-name DJs such as Diplo, Jamie xx and Steve Aoki. The HiFi also presents bands from time to time, and has seen the likes of Frank Black and Joel Plaskett on its stage.

The Ironwood is an all-ages venue in the historic Garry Theatre building in Inglewood with seating for around 140 (reserve your spot and the cost of the show is added to your bill). A range of artists and genres perform nightly at the Ironwood, but there is an emphasis toward folk and roots music — the iconic marquee has featured names such as Ian Tyson and Art Bergmann over the years. The popular local act Prime Time Big Band also performs a regular weekend brunch show.

MacEwan Hall is a live-music venue at the University of Calgary’s MacEwan Conference & Event Centre. Past performers have included Halsey, Scenic Route, Alaska, Lights, Dashboard Confessional and more. Music lovers can also check out shows at the MacEwan Ballroom.

Mikey’s closed its Sunalta location and is now based out of its Beltline location. The venue has blues and roots music every day and serves lunch, dinner and a weekend brunch.

This spot on Stephen Avenue has been a few things over its nearly century-long lifespan: a theatre for movies and Vaudeville acts, a nightclub and the hyper-branded sports bar Flames Central, to name a few. Now, it is back to being a concert and event space. Look for the names of performers on the marquee out front.

The music in the Palomino’s basement covers everything from punk to rock to roots with the odd dance party. On Fridays and Saturdays, there is often live music upstairs, too. The Palomino is right on the train line, so it’s easy to get to if you don’t drive.

Studio Bell in East Village is home of the National Music Centre, which has a Performance Hall with tiered seating and retractable walls. The hall is where you’ll see performances by NMC musicians in residence as well as intimate concerts by local and touring musicians. Studio Bell also encompasses the King Eddy, a live-music venue in the restored space that formerly housed a blues club of the same name.

11 Great Places to Shop in Canmore

New Things to Do in Golden, B.C.