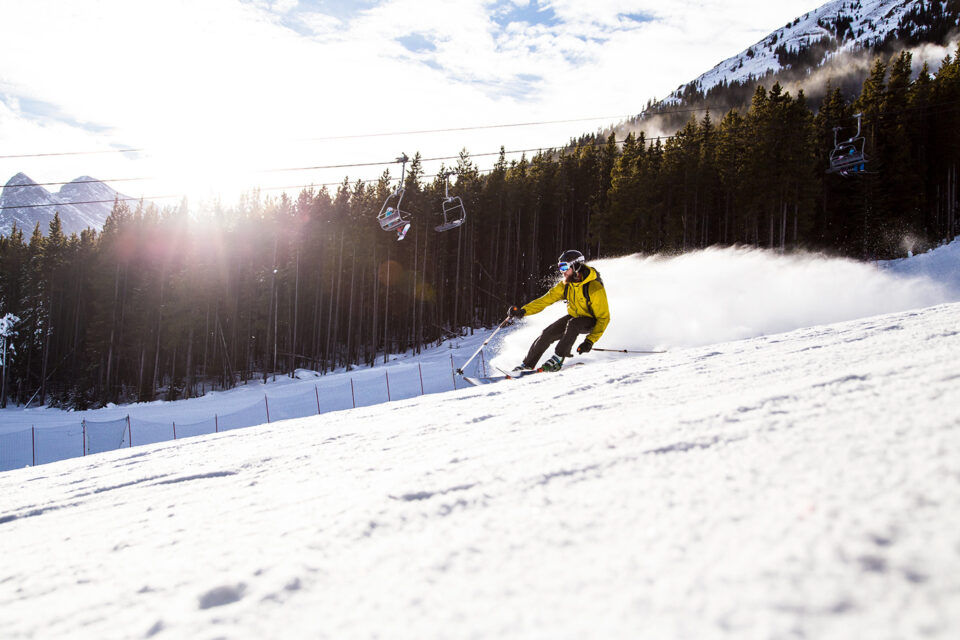 Estimated opening dates may change, please check with the ski resort in advance.

What’s New: On the hill, Sunshine Village Ski Resort has acquired something called a “Winch Cat,” which is a piece of grooming equipment that will allow for even more grooming on steep slopes and help keep the terrain park in perfect condition.

Off the hill, Sunshine has been focused on creating more vegan, vegetarian and gluten-free menu items at eateries throughout the resort. This emphasis on healthier cuisine includes the addition of a new smoothie bar inside the day lodge.

At the Java Lift Coffee Bar, meanwhile, artwork depicting lifts and ropes from around the ski hill will be on display. The works, created by local artists, are meant to celebrate the modern ski scene and its artistry. Along with the new art program, this season will see the Java Lift begin serving locally roasted coffee from Monogram.

What’s New: There’s a lot happening throughout the 2022-23 season at Lake Louise Ski Resort, from run and grooming improvements to the re-opening of on-site eateries and events.

Restaurants Kuma Yama, Sawyer’s Nook and Northface Bistro are slated to re-open this season, and events like the Torchlight Dinner & Ski are back this year after being shut down during COVID.

On the slopes, more efficient snow machines have been installed to make even more snow in places like the Juniper area (which you can reach using the Juniper Express Chair, installed mid-season last year). Plus, there are now additional runs in the West Bowl glades.

What’s New: This year, in recognition of its upcoming 100th anniversary in 2026, Mt. Norquay Ski Resort has unveiled the Norquay 100 Vision, which will see major improvements to the resort’s facilities: over the next few years, the North American chairlift will be replaced and the Cliffhouse Bistro and iconic ski jumping towers will be restored and expanded. The initiative will also reduce Norquay’s environmental impact and restore some of the area’s sensitive wildlife habitat — the resort has already started by switching to 100 per cent green energy from renewable sources.

Mt. Norquay Ski Resort will open or reopen several new runs, including lines through newly gladed areas and an extension on the Easy Out run, bringing skiers and snowboarders directly to The Mystic Express lift. The notorious Artillery Chutes have re-opened as well, but this “steep and deep” run is for experts only.

What’s New: For the 2022/23 ski season, Marmot Basin has added 300 new spots to its parking lot, meaning even more people can enjoy this resort in Jasper National Park. Access to the parking lot via the Home Run is still available, but the run has been made narrower to accommodate the new spaces.

Marmot Basin has also joined The Mountain Collective, an international group of ski resorts that gives passholders discounts and deals on various hills worldwide — perks include two free days at each hill, 50 per cent off additional days and more.

In addition, the tube park has been expanded from two lanes to four, so even if you don’t ski or snowboard, you can still have plenty of downhill fun at Nakiska.

3 Things to Do on Christmas Day In and Around Calgary

3 B.C. Ski Resorts That are Worth the Drive From Calgary