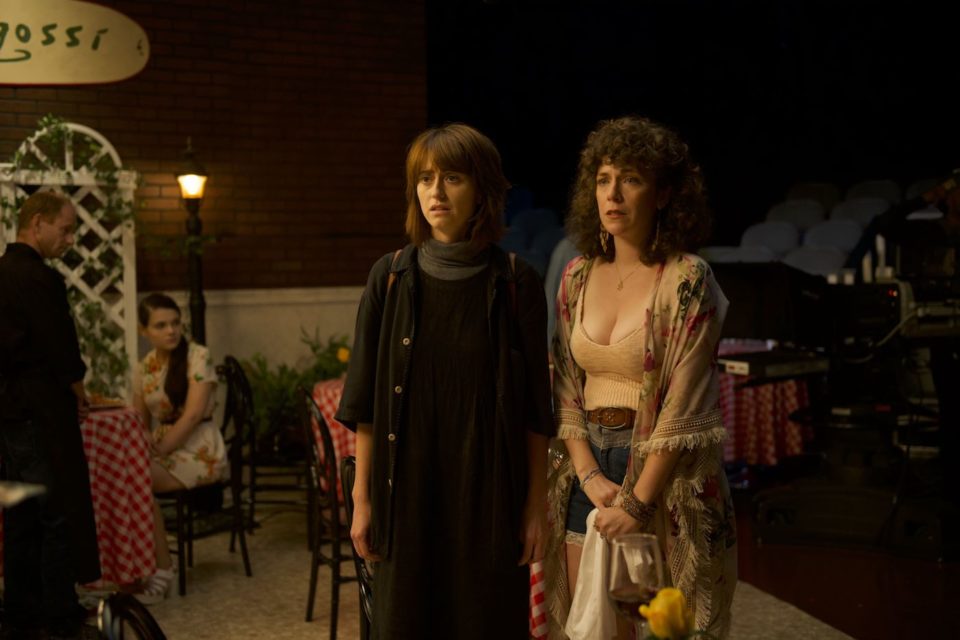 Film still from Before You Know It courtesy of Calgary International Film Festival.

For its 20th year, the Calgary International Film Festival (CIFF) will be showing more than 200 films from 51 different countries over the course of 12 days in Calgary. Cinephiles are strongly encouraged to dive headfirst into the expansive lineup and find something to love, but if that’s not how you roll, consider this list your new best friend. Without further ado, here are 10 must-see films of CIFF 2019, unranked and in alphabetical order.

What it’s about: American Woman chronicles the untold, less-sensationalized part of heiress-turned-radical Patty Hearst’s time with the American terrorist group Symbionese Liberation Army through the lens of one its overlooked characters.

Why it’s a must-see: This film flips the script on the action-thriller format of movies about terror and is the feature-film debut of Calgary-born writer-director Semi Chellas (Mad Men, The Romanoffs). In addition to the tour-de-force performance of Hong Chau, the cast includes screen legend Ellen Burstyn (The Exorcist, Requiem for a Dream) and rising star Lola Kirke (Mistress America, Gone Girl).

Recommended if you like: Martha Marcy May Marlene, Room, Queen of Earth

What it’s about: The residents of a remote Brazilian town fight for their lives against a horde of maniacal invaders. Also, there are a lot of psychedelic drugs.

Why it’s a must-see: If Dario Argento, Alejandro Jodorowski and Sergio Leone made a film together, it might look like this. Elements of sci-fi, surrealism, western and camp bleed outside the lines of conventional filmmaking to, ahem, intoxicating effect.

Recommended if you like: Hobo with a Shotgun, Mandy, Cowboys & Aliens

Before You Know It

What it’s about: Amidst a storm of dysfunctional family chaos, two adult sisters find out their mother, who they believed to be dead, is alive and working as a soap opera star. Things don’t get any less complicated from there, but laughs come by the minute and familial flaws are examined in the most heart-warming of ways.

Why it’s a must-see: Supporting cast members Alec Baldwin, Mandy Patinkin and Judith Light are a perfect storm of eccentricities to play off of, but co-leads Hannah Pearl Utt and Jen Tullock capably keep their comedic dynamic the star of the show. Utt and Tullock wrote the script together and Utt helms the directorial duties, ensuring their vision is executed exactly the way they intend.

Recommended if you like: Whatever Works, The Squid and the Whale, Grandma

What it’s about: This collection of six short films spans from narratives involving time machines to cultural documentaries. The theme that binds them is characters reflecting on what it is that truly matters to them.

Why it’s a must-see: A shorts package is an essential experience for any film festival-goer. They offer the chance to see works that will never wind up Netflix and can act as a first taste of the influential filmmakers of tomorrow. This particular package lands on this list due its rich variety in tone and subject matter, as well as the fact it features NIMIC from Yorgos Lanthimos (trailer embedded above), the auteur behind The Lobster, The Killing of a Sacred Deer and 2018 Oscar-winner The Favourite.

What it’s about: A woman joins her fiancée and his two children for what is supposed to be a relaxing trip a remote lodge. The father must leave them on their own to attend to a work emergency, and face-shattering chaos ensues.

Why it’s a must-see: This horror movie has it all. Unreliable narration, paranoia, isolation, unsettling kids and cult fever create a powder keg of claustrophobic distrust that will leave you gasping for fresh air by its climax. It doesn’t hurt that it stars Riley Keough, the eldest granddaughter of Elvis Presley and serial CIFF favourite, or that it is written and directed by Severin Fiala and Veronika Franz, the twisted minds behind the day-ruining body horror flick Goodnight Mommy.

Recommended if you like: The Babadook, The Shining, Hereditary

What it’s about: Important to note, this film is not a literal interpretation of Victor Hugo’s original text, nor is it a musical. This modern take on Les Miz follows morally questionable cops through the hostile streets of Montfermeil, hurting inevitably towards a calamitous crash.

Why it’s a must-see: Easily one of the grittiest films of CIFF 2019, this first narrative feature by documentarian Ladj Ly is based on the real-life Paris riots of 2005. It blends a realist look at the desperation on the poorest streets of Paris with enough commentary on class, race and the function of law enforcement to lend the film a timely edge. Not for nothing, it also has amazing drone footage for the cinematography junkies in the audience.

nîpawistamâsowin: We Will Stand Up

What it’s about: This documentary interweaves the story of the tragic death of young Cree man Colten Boushie and its resulting implications on the justice system and racism with her own experiences of colonialism on the prairies.

Why it’s a must-see: Beyond the adage “those who forget history are doomed to repeat it,” viewers can gain valuable insight from the careful touch of director Tasha Hubbard and her efforts to create a piece of film that actively strides towards a more just future. As well, it picked up the award for Best Feature at this year’s Hot Docs, Canada’s most prestigious documentary film festival.

Recommended if you like: Anything from Aabiziingwashi (Wide Awake), a collection of the National Film Board (NFB)

What it’s about: Siblings Ki-jung and Ki-woo and their family have fallen on hard times, so the two attempt to bilk a wealthy family out of money by posing as legitimate tutors for their children. Slowly but surely, things descend into madness.

Why it’s a must-see: The latest effort from visionary director Bong Joon-ho (Snowpiercer, Okja) scooped up the Palme d’Or at Cannes this past spring thanks to its fiery blend of black humour and taught thrills. The film will keep you on the edge of your seat during its entirety and leave you stewing over its explorations of class and virtue long after you’ve had your last kernel of popcorn.

Recommended if you like: The Square, Before the Devil Knows You’re Dead, Funny Games

Note: both screenings of Parasite are now rush line only. Read more about the rush line system here.

Standing on the Line

What it’s about: With a range of Canadian interview subjects including Calgarian Olympic speed skater Anastasia Bucsis, this documentary examines homophobia in sports at home and abroad, as well as hopes for a brighter future ahead.

Why it’s a must-see: While strides are being made towards safer, more inclusive environments for LGBTQ2S+ participants in athletics, this doc pulls back the curtain on something we may know but don’t think about all too often. This film was chosen as part of CIFF’s Generation Next series, a collaboration with local high schoolers and teachers on films with stories vital to youth audiences.

Recommended if you like: Queens and Cowboys: A Straight Year on the Gay Rodeo, Man Made, Training Rules

What it’s about: Set inside Calgary’s own +15 system, the film follows a group of colleagues who bet a month’s salary on who can stay indoors the longest. Though comedic, the film trudges through the existential malaise of the new millennium.

Why it’s a must-see: waydowntown is an essential piece of both CIFF and Calgary’s histories. It showed at the first-ever Calgary International Film Festival back in 2000 and has become something of a cult hit far beyond the city’s reaches since. Calgary is a rapidly changing city and, despite the film’s enclosed setting, it’s eerie to see just how different our city looks only two decades after its release. Director Gary Burns and other team members will be in attendance for this special retrospective screening.

Recommended if you like: Office Space, Ghost World, Mallrats