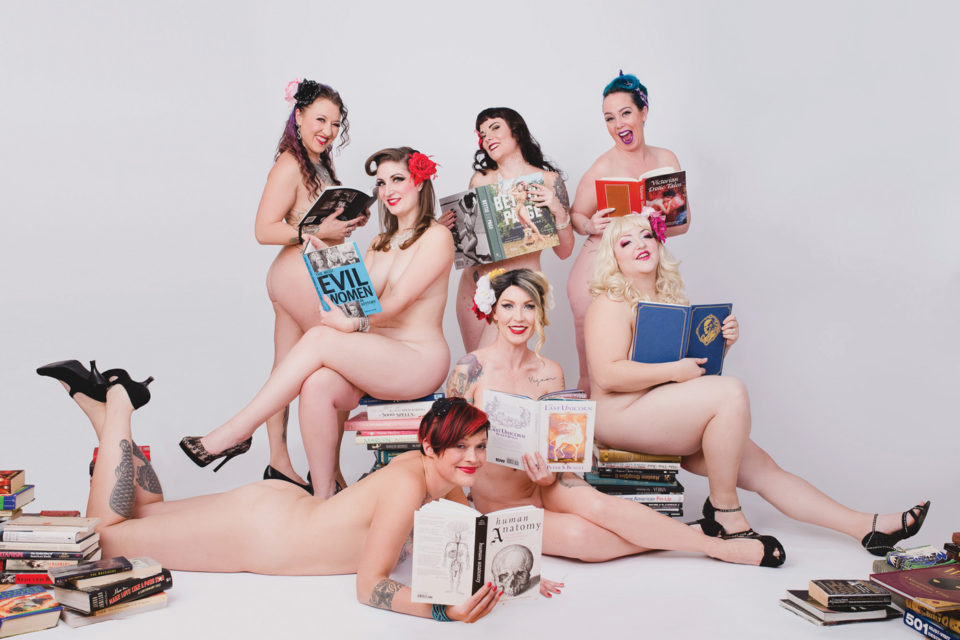 Naked Girls Reading (NGR) is a literary salon that hooks you with the promise of nudity, but keeps you coming back for the literature and empowering message. Originating in Chicago, Ill., NGR events are now held around the world. Keely Kamikaze, the founder of Calgary’s chapter, says it’s a bit of a bait-and-switch: you might come for the nudity but “you end up being there for the book,” she says. Here are five more reasons to check out this month’s show.

It’s all about empowerment

Getting up on stage and reading a literary excerpt can be intimidating, and Kamikaze understands that. In fact, she hopes the audience can share in the feeling of vulnerability with the performers. “My hope is that everybody that comes to see the show leaves saying, ‘That was super powerful. How can I be powerful?’”

You can feel admiration, empowerment, or even slightly turned on, but when it comes to expressing your feelings out loud, the show has strict rules. “Our show is 100-per cent non-sexual,” says Kamikaze. “No comments, you can’t touch without permission, consent, all that fun stuff. If anybody acts inappropriately, they are kicked out immediately.” However, Kamikaze says that kind of behavior is rare.

Performers represent a variety of sizes, ages and genders

The name does include the word “girl,” however, performers are essentially non-male identifying, and include non-binary and transgender folks. Seeing the variety of body types on stage can be cathartic for the audience members. “It helps them accept themselves,” says Kamikaze. “I think that’s kind of a surprising after-effect of the show.”

Kamikaze says she understands a big draw of the show is the nudity, but it almost never affects people the way they expect. Instead, knowledge is the real turn-on. “Books are hella sexy,” she says. That said, once a year, Naked Girls Reading hosts an erotica-themed show, which Kamikaze says can make people squirm in their seats — but not because of the naked person reading.

It’s a reclamation of power

A big part of the show, Kamikaze says, is readers taking back their own voice and power. “We have a lot of readers who have been abused or sexually assaulted. This is their way of gaining that power back, because you’re standing naked on stage in front of a crowd by choice, and everyone is looking at you. Imagine that kind of power.”

This month’s Naked Girls Reading event is on Feb. 16 at Cast Iron Cafe. Tickets are available through the group’s Facebook page, as well as at the door.

This article appears in the February 2020 issue of Avenue Calgary.